How to Tame a Hot Flash

Soy, exercise and a new class of drugs may help with this often long-term menopausal symptom

By:
Barbara Brody
En español
November 11, 2021
How to Tame a Hot Flash

If you’re menopausal and getting your advice from your mom, an older friend or even a doctor who’s failed to keep pace with changes in the field, you might be receiving some pretty outdated information. One clue you’ve been ill-informed? You think hot flashes will disappear in a year or two, or that hormonal treatments ﻿used to treat them are quite dangerous.

It’s true that hot flashes aren’t a long-lasting problem for everyone, and there are certainly some women who may be better off avoiding hormones. But research now shows that this very bothersome perimenopausal or menopausal symptom lasts, on average, about seven years,﻿ though it can be far longer for some women. Studies also suggest that hormone therapy is relatively safe and effective for most women, especially those in their 50s, says Stephanie Faubion, M﻿.D﻿., medical director for ﻿the North American Menopause Society.

“A lot of doctors are scared because they don’t have the updated information,” she says, adding that a particular study called the “Women’s Health Initiative” influenced the thinking of a medical generation.

In 2002, researchers stopped a﻿ part of that study after finding a small increased risk of breast cancer and cardiovascular disease among women on hormone therapy. As a result, droves of menopausal women stopped using hormones, and many doctors became disinclined to prescribe them. Yet by 2007, additional analyses of the data revealed that some of the risks were overhyped and that hormone therapy might even have health benefits for women in their 50s.

Whether or not you’re interested in trying hormones, the fact remains that hot flashes are often long-lasting, potentially debilitating and not something you necessarily have to live with.

What’s behind a hot flash (or years of them)

Experts are still sussing out exactly what causes hot flashes, but they know in broad terms ﻿that it involves declining estrogen and the impact that it has on the hypothalamus, which acts as your internal thermostat. ﻿The hypothalamus controls your “thermoneutral zone,” which is the temperature range in which you’re not shivering or sweating﻿. Experts believe the menopausal transition slightly raises core body temperature and shrinks the thermoneutral zone so﻿ that it becomes easy to go from comfortable to overheated in an instant.

During a hot flash, your face, neck and chest might feel warm or turn red, your heart might beat faster and﻿, yes, you’re going to sweat﻿, because that’s your body’s way of cooling down.

As unpleasant as they are, there’s also emerging evidence that hot flashes may spell bad news for your health. Research﻿ published in the Journal of the American Heart Association earlier this year found that women who experienced them more frequently in their 40s or early 50s were more apt to have a heart attack, stroke or other serious cardiovascular event during the subsequent two decades. Whether treating hot flashes would be protective is still unclear, says Faubion.

Still, there’s little doubt that hot flashes can be disruptive and uncomfortable. Here are what experts recommend as the current options to tame them.

She often advises patients to try the Mediterranean diet, as there is some evidence that women who follow this healthy eating plan are less likely to have hot flashes and night sweats (which are hot flashes that happen while you’re asleep).

There’s also some reason to believe that eating more soy might be beneficial. One small recent study, published in the journal Menopause, found that women who ate a vegan diet that included half a cup of soybeans daily had a significant reduction in hot flashes. Some participants even found that this symptom disappeared.

Even if you have no plans to overhaul your diet, watch out for common hot flash triggers, including caffeine, alcohol and spicy foods, says Dweck. Meanwhile, aim to get plenty of exercise and practice stress-reduction techniques, and safeguard your sleep;﻿ research suggests that these moves may reduce the intensity and frequency of hot flashes.

To lower your chances of having night sweats, keep your bedroom “as cold as you can tolerate,” says Mary Jane Minkin, M﻿.D﻿., clinical professor of obstetrics, gynecology and reproductive sciences at ﻿the Yale School of Medicine.

It’s the gold﻿ standard because it works. The North American Menopause Society says hormone therapy is the most effective hot flash treatment and that the benefit-risk ratio is most favorable for women younger than 60 or within 10 years of menopause onset.

You may be surprised to learn that hormones are totally off-limits for very few women, says Minkin, though those who’ve had a hormonally﻿ driven breast cancer or a serious blood clot are generally advised to pass on them. If you’re unsure if you’re a good candidate, your doctor — who would ideally be a certified menopause clinician —﻿ can help you weigh the pros and cons.

If you decide to opt for hormones, steer clear of the compounded bioidentical variety, which are custom-blended for each patient at a compounding pharmacy. These formulations are not regulated the way that standard prescription drugs are, so the quality, safety and even dose can be off, warns Faubion.

FDA-approved hormone therapy for menopausal symptoms generally comes in pill or patch form. Both are relatively safe, says Minkin, though the patches carry a slightly lower risk of blood clots. (If you go the oral route, ﻿she says﻿, the risk of having a blood clot is about 2 in 1,000.)

If you’re perimenopausal, you might instead choose low-dose birth control, which also helps with hot flashes, says Minkin. Bonus: Oral contraceptives will even out or eliminate your irregular periods and help you avoid a surprise pregnancy.

There are also several non-hormonal prescription medications that may help, at least half of the time. (By contrast, hormone therapy helps hot flashes 90 to 95 percent of the time, according to Faubion.)

Officially, paroxetine (Brisdelle), an antidepressant in the SSRI class, is the only FDA-approved non-hormonal prescription medication for hot flashes. But doctors say other antidepressants﻿, like citalopram (Celexa) and escitalopram (Lexapro)﻿, might work just as well.

Oxybut﻿ynin, a drug originally developed for incontinence, is sometimes used off-label to alleviate hot flashes, as is gabapentin, an anti-seizure medication.

Prefer a more natural approach? First, keep in mind that natural doesn’t always equal safer, says Minkin. That said, there are a few herbal remedies that doctors say can be beneficial. Those include Remifemin, which contains black cohosh and is manufactured and often used in Germany, where herbal supplements are closely regulated; and Relizen, which contains a pollen extract and is often recommended by oncologists in France, Minkin notes.

Another herbal supplement worth considering is Equelle, Minkin says. This is a soy-based product﻿, so it contains weak, plant-based estrogen. It originally launched in Japan before coming ﻿to the U.S.

If you decide to go the herbal route, it’s wise to consult your doctor to make sure a given supplement won’t interfere with any other supplements or medications you’re taking. But in general, Minkin says﻿, the above﻿-mentioned options are relatively safe and well﻿ tolerated. As with prescription options for hot flashes, she advises waiting three months to determine whether a given therapy is working for you.

On the Horizon: A New Class of Drugs

Research is underway on a brand﻿-new type of non﻿-hormonal hot flash treatment — KNDy (pronounced candy) drugs — that menopause experts are calling a potential game﻿ changer in treatment options. KNDy, which stands for kisspeptin/neurokinin B/dynorphin, is a group of neurons in the hypothalamus, the region ﻿of the brain that controls temperature regulation. Research suggests that declining estrogen levels during menopause result in over-stimulating the hypothalamus and, in turn, causing hot flashes.

The medications work by preventing signals from KNDy from reaching the hypothalamus. “They block a receptor﻿, and within 48 hours﻿, hot flashes are down,” says Faubion. The most exciting part: They﻿ could be ready for FDA-vetting in less than 2 years. 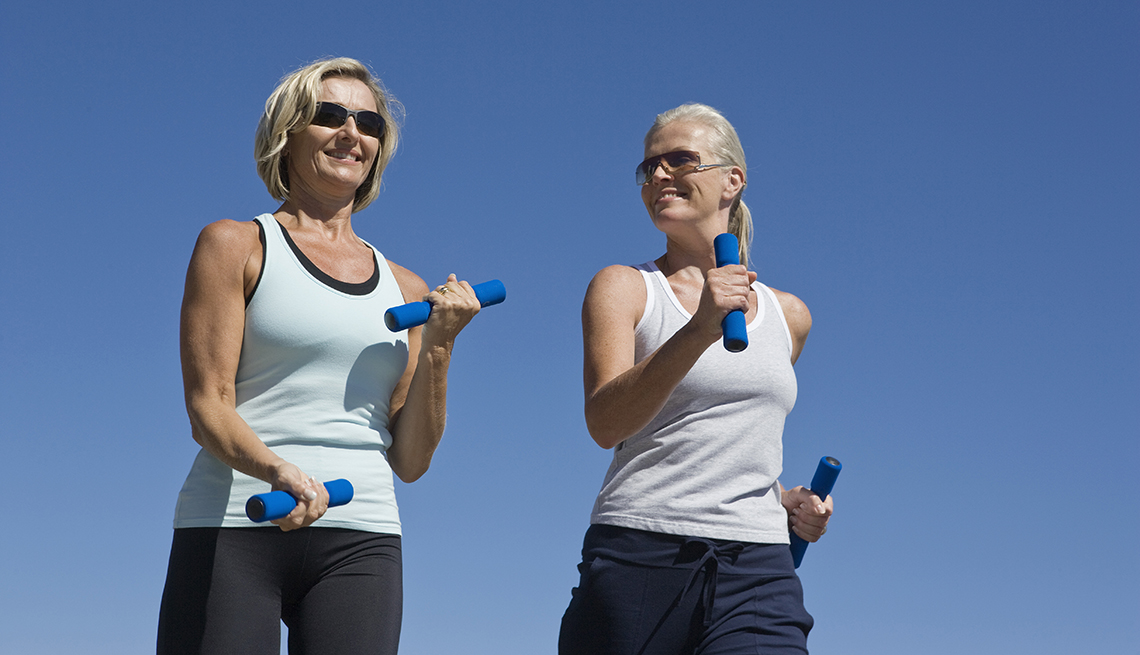 How to Take Your Fitness Up a Notch 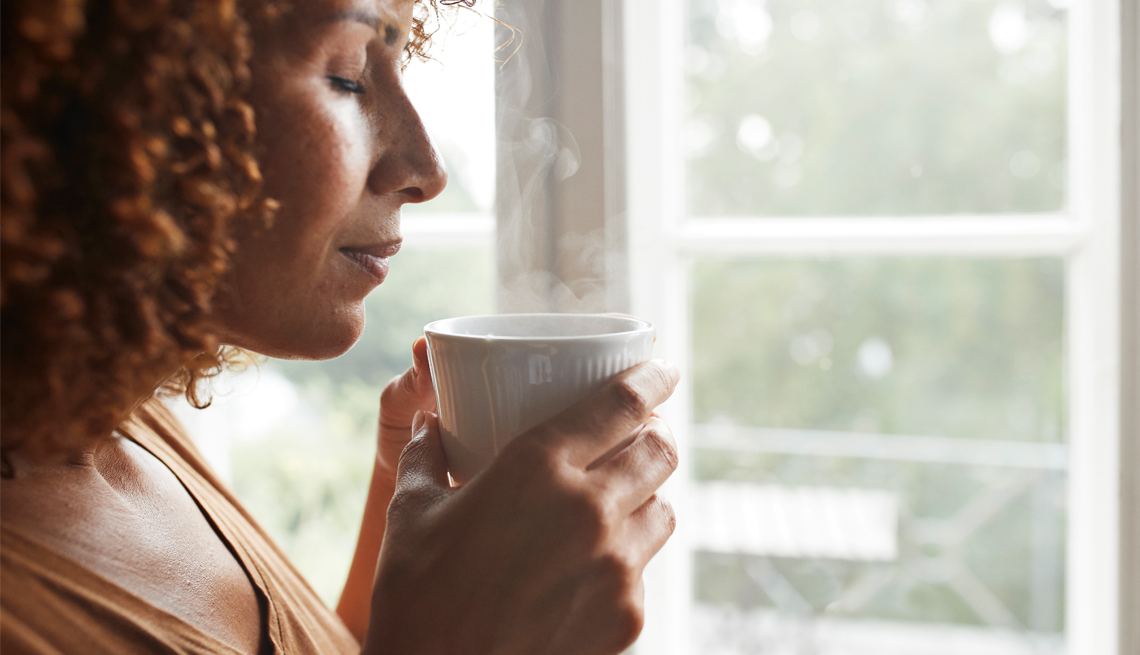 Losing Your Sense of Smell?

How to fight back against "aging" senses 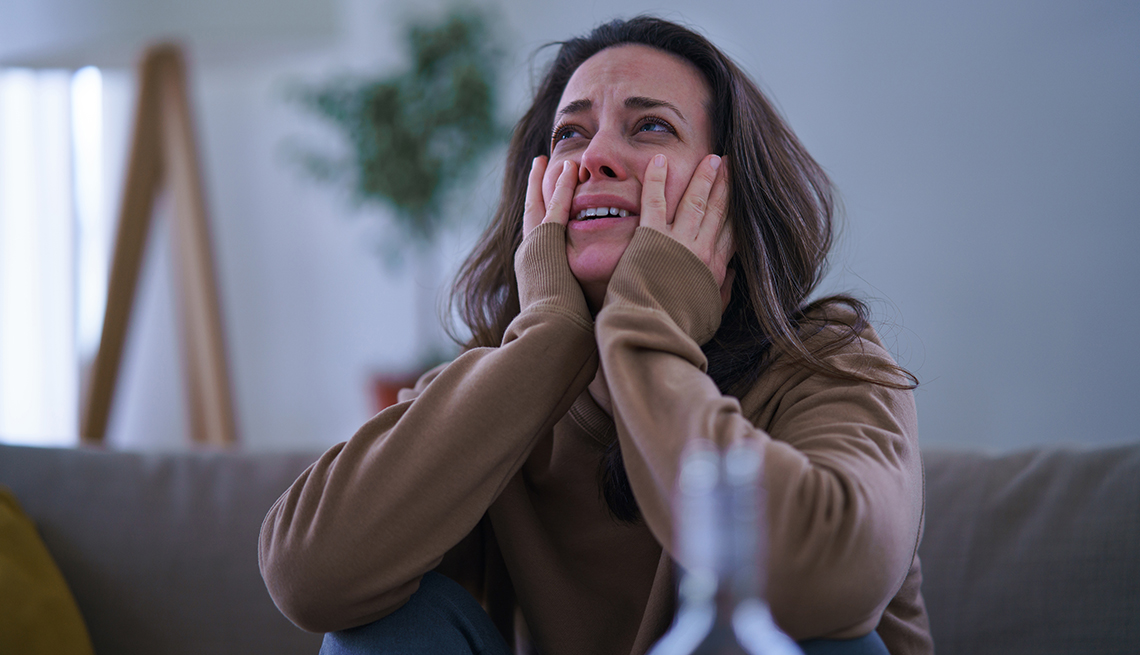 Go Ahead, Have a Good Cry