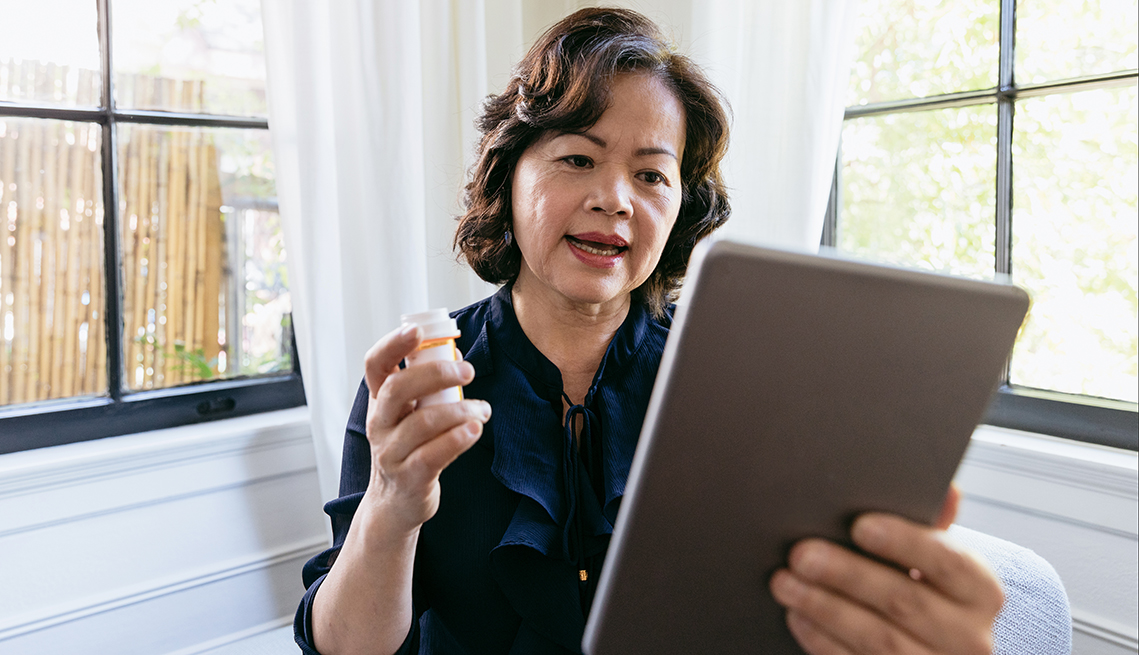 En español | Although the medical community has been advocating for telehealth for years, it's only now, in the midst of a global pandemic, that many Americans are getting a chance to experience it firsthand.

To protect patients and themselves from the coronavirus, medical providers in nearly every specialty have made the leap to virtual appointments, bolstered by Medicaid's and Medicare's expanded coverage of the practice.

"The American public is getting a crash course in telehealth,” says Mei Wa Kwong, executive director of the Center for Connected Health Policy, a Sacramento, California–based nonprofit that promotes the use of technology in health care. “After this I think you're going to see people saying, ‘Why do I have to go to the office and sit for an hour and be exposed to sick people? During COVID-19 I took care of this virtually.’ “

Telemedicine is especially valuable for older people with limited mobility, Kwong notes, and for those who live in rural areas, hours away from the nearest specialist.

While there are still a variety of medical procedures that can be done only in person (drawing blood, for example, or listening to someone's lungs), the coronavirus pandemic is prompting patients across the country to recognize the benefits of telehealth.

Teri Siegel, 69, knew she needed to see a urologist, but she was nervous about leaving her Charlotte, North Carolina, home during the coronavirus outbreak. So when the urologist's office called last week to see if she would be comfortable switching to a virtual visit, Siegel was relieved, even though she had never tried telemedicine before.

A few days later, via a video chat application on her cellphone, Siegel connected with her doctor, who asked some questions about her symptoms and then prescribed a medication. It didn't just feel safer, Siegel says; it was also a lot more convenient than an in-person appointment.

"It took less than 15 minutes,” she notes. “Normally, I would have to get in my car and drive a half-hour and wait in the office and then get back in the car and drive home. That takes half a day."

Mary Beth Beaulieu, 62, of Billings, Montana, has been using teleconferencing for years in her job as a professional development coach. But her primary care doctor didn't offer remote visits until last week, in response to the coronavirus crisis.

"Finally, the world is catching up,” says Beaulieu, who recently had hip replacement surgery. “I had some post-op questions, and the opportunity to meet my doctor virtually was a godsend."

She asked about gastrointestinal issues she had been having since the surgery, and her doctor reassured her that her symptoms were normal. They also reviewed Beaulieu's medication and talked about how she was managing her blood pressure.

"It did feel like we were eye to eye,” Beaulieu says. “It was so much more personal and relational than a phone call. My doctor has a great energy about her, so feeling that connection was cool.”

Beaulieu says she feels “comfort and confidence” knowing she has online access to her doctor. “As you get older you're more likely to have mobility issues, and you want to know you can talk to somebody.”

The only downside, she points out, was that her doctor couldn't check her blood pressure remotely. But she has already ordered a blood pressure cuff so that she can take the reading herself during virtual appointments in the future. “Even in good times, I'd rather limit my exposure to germs,” Beaulieu adds.

Easy even if you're not tech savvy

Mark Hagenbuch, 66, of Dillsburg, Pennsylvania, says he has to be vigilant about his exposure to infection even when there isn't a global pandemic, because treatments for his stage 4 prostate cancer have weakened his immune system.

Hagenbuch has left his house only once in the past 35 days, and that was to get an injection required for his cancer treatment.

Last week he had his first experience with telemedicine, a virtual appointment with his oncologist. The two connected over a telehealth video platform called Vidyo. Both his doctor and a nurse were on the line, and Hagenbuch was able to ask questions about side effects from his treatment. He and his doctor were even able to joke a bit, as always.

"I'm not real techie with computers, but I did OK,” he says, adding that the only downside was not seeing some of the other staff. “After four years [with prostate cancer], I know everyone in the office — the receptionists, the nurses, the lab techs — so I missed seeing them.”

Then again, having zero wait time to see the doctor did have its advantages. “I could be here at home, doing whatever I wanted to do, until five minutes before, when I got a text from the nurse asking if I was ready.”

Gail Schaeffer, 72, of Sarasota, Florida, recently had a virtual appointment with her dermatologist, to check for skin cancer. Because the doctor normally examines every inch of her skin, she wasn't sure how the appointment would work.

The office asked Schaeffer, who has had squamous cell carcinomas before, to take one close-up photo and another, more distant photo of any suspicious spots and email them before the appointment.

"When I talked to the doctor, she was looking at the photos,” Schaeffer says. “There was one that she said wasn't a great photo, so she asked me to show her live. I just turned around my phone and showed her the mole, and she took a look at it in real time. I was very impressed."

The good news, Schaeffer says, is that her dermatologist was able to evaluate the moles remotely and most of them were nothing to worry about. The bad news is that one does need to be removed and she has to wait until the office is open again to have the procedure.

Fortunately, squamous cell carcinomas are usually slow growing. And Schaeffer was still pleased with the experience and how much time it saved. “I hope they will continue this when the virus is gone.”