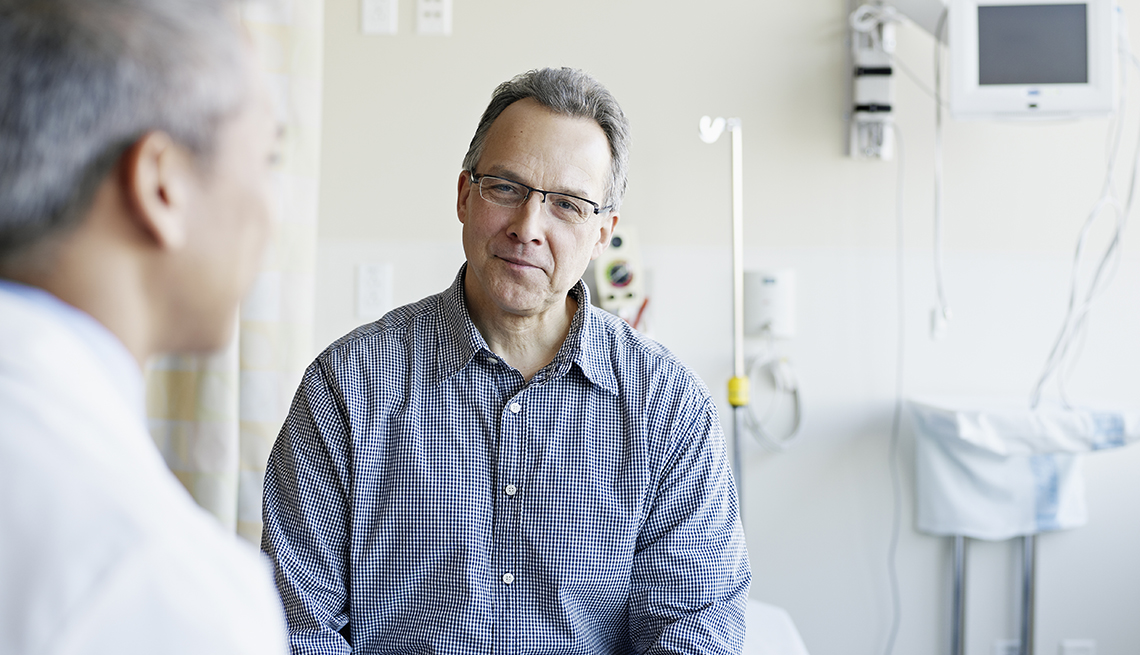 En español | Rates of advanced prostate cancer climbed among men age 50-plus in the years following 2012 changes in screening guidelines, according to a new study from the American Cancer Society, but incidence of early-stage prostate cancer decreased in the same time period.

The American Cancer Society recommends that men discuss prostate cancer screening with their physician at:

Age 50 for men who are at average risk of prostate cancer and are expected to live at least 10 more years.

Age 45 for men at high risk of developing prostate cancer. This includes African Americans and men who have a first-degree relative (father, son or brother) diagnosed with prostate cancer at an early age (younger than age 65).

Age 40 for men at even higher risk (those with more than one first-degree relative who had prostate cancer before age 65).

The study, published in the Journal of the National Cancer Institute, used national data to analyze cases between 2005 and 2016.

An earlier 2015 study from the American Cancer Society also found a drop in the number of early-stage prostate cancer cases, as well as a decrease in the number of men being screened for the disease, following changes to screening guidelines put forth by the U.S. Preventive Services Task Force (USPSTF).

"This study,” says coauthor and American Cancer Society senior principal scientist Stacey Fedewa, “gives us a longer-term view on what's happening” in terms of the relationship between screening guidelines and diagnosis of the disease.

In 2012, the USPSTF advised against prostate-specific antigen, or PSA, screening for prostate cancer for men of any age, concluding that its potential harms — like unnecessary biopsies — outweighed the benefits (elevated levels of PSA, a protein produced by prostate cells, can indicate cancer). That change came after an earlier 2008 recommendation that advised against PSA screening for men 75-plus only.

The study also adds to our understanding of racial disparities and prostate cancer, with the authors noting that rates of late-stage prostate cancer were two to three times as high in black men ages 20–74 as in white men. Genetics, as well as lifestyle factors such as smoking and obesity, are thought to play a role in that disparity, Fedewa says, though more research is needed.

Given those results, however, the USPSTF updated its guidelines again in 2018 to advise men ages 55–69 to discuss the potential risks and benefits of prostate cancer screening with their physician, taking into account factors like family history and race. Fedewa says that further research will also be needed to understand how prostate cancer diagnoses have changed in recent years.

Prostate cancer, the study notes, is the second leading cause of cancer death in men in the United States, with approximately 192,000 new cases and 33,000 deaths expected in 2020.