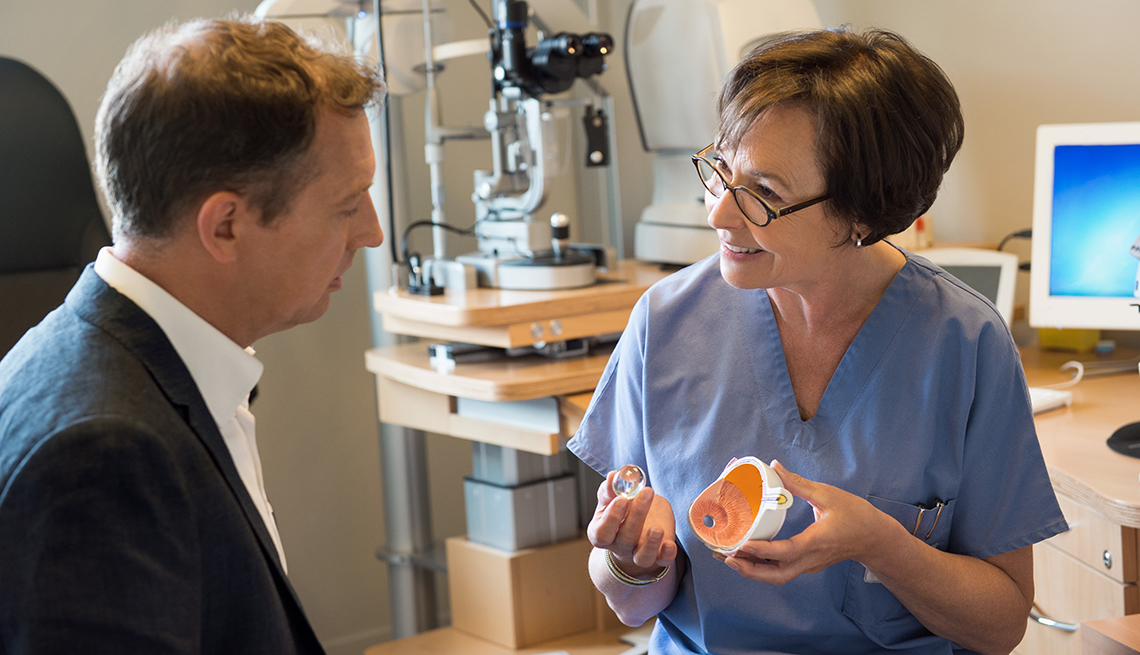 Sure, we know that a few drops of artificial tears can provide relief to dry, tired eyes, and that sunglasses are a really good idea during a sunny day. But beyond the basics, how much do we really know about the health of our eyes? Apparently, not as much as we think, according to a new nationwide online survey conducted by the Harris Poll on behalf of the American Academy of Ophthalmology (AAO).

The results were eye-opening, to say the least.

Though approximately 80 percent of the 3,500 U.S. adults surveyed said they were “knowledgeable” about eye health, the survey results didn't exactly back up that confident claim. Fewer than 1 in 5 (or less than 20 percent) were able to identify the three main causes of blindness in the United States. Only 3 percent were able to identify all of the common threats to eye health. And a mere 11 percent were aware of all of the early signs of vision loss. Clearly, “there's quite a disparity between what people think they know and what they actually do know,” says Andrea Tooley, M.D., an ophthalmic plastic and reconstructive surgery fellow at Columbia University in New York City and an AAO spokesperson.

Especially troubling: Only 37 percent were aware that you don't always experience symptoms before losing vision to eye disease. “Glaucoma, macular degeneration, and diabetic eye disease — the three main causes of vision loss — can be causing damage without you even realizing it,” says Tooley, who points out that our brains are good at compensating for gaps in our vision. Likewise, a strong eye will pick up the slack for a weak one. “I had a patient who had been losing vision in one eye for a long time, but it wasn't until she got shampoo in her good eye and was forced to keep that eye closed for a while — while seeing from the other eye — that she realized there was a problem,” Tooley says. “I was able to diagnose a problem with her optic nerve that had probably been going on for a year or more.”

And while approximately 12 million people age 40 and older in the U.S. have vision impairment, only 37 percent of those polled knew that vision loss is not “inevitable” as we age. “Our eyes may change as we grow older,” Tooley says. “We may need reading glasses or a brighter light to see. But some of my patients think that decreased vision over time is just a normal process of aging, and that's really not the case.” In fact, following a few simple rules can help you keep seeing clearly and cut the risk of vision problems down the road.

“It's the biggest thing you can do not only for your general health, but for the health of your eyes, as well,” Tooley says. In fact, studies have found links between puffing and age-related macular degeneration, cataracts, glaucoma and diabetic retinopathy.

Daily UV exposure ups your chances of getting cataracts. Look for shades that offer 100 percent UVA- and UVB-blocking protection. And if you're in proximity to airborne materials — whether it's while cutting wood, mulching or mowing the grass — consider safety glasses or protective goggles.

When it comes to the vision-boosting power of carrots, the evidence is mixed, but leafy greens get a thumbs-up from eye experts, Tooley included. According to an article on ScientificAmerican.com, spinach, kale and collard greens are loaded with lutein and zeaxanthin, which may help protect our eyes by acting as a kind of filter against high-energy wavelengths of light that can damage the retina. More happiness: Following a healthy diet — along with getting regular exercise — can help you stay at a healthy weight and lower your risk of type 2 diabetes, the number one cause of adult blindness in the U.S.

A 2019 study of more than 6,700 people over age 40 in the U.S. discovered a possible link between glaucoma and sleep problems. Vision problems were three times higher for those who got three or less — or 10 or more — hours of shut-eye a night, compared with those who got the recommended seven hours.

Give your eyes a break. Staring at a computer or phone screen for too long can cause eyestrain, blurry vision and dry eye. Take a time-out by following the 20-20-20 rule. Look up from the computer screen every 20 minutes and focus on an object 20 feet away for 20 seconds.

Get a baseline eye exam

Another finding of the Harris/AAO survey: While almost 70 percent of adults see a primary care physician or family medicine doctor regularly, just 52 percent of those polled see some type of eye care professional on a regular basis. Not smart. Most serious eye conditions, such as glaucoma and macular degeneration, are more successfully treated if diagnosed early.

Need another reason to book an appointment? Consider this: Eye exams don't detect only optical conditions. “The eyes are the window to our entire body,” Tooley says. “Just by looking inside the eye, we can spot diabetes and even certain autoimmune conditions.”

For more information on how to keep your vision going strong, check out aao.org/eyesmart.