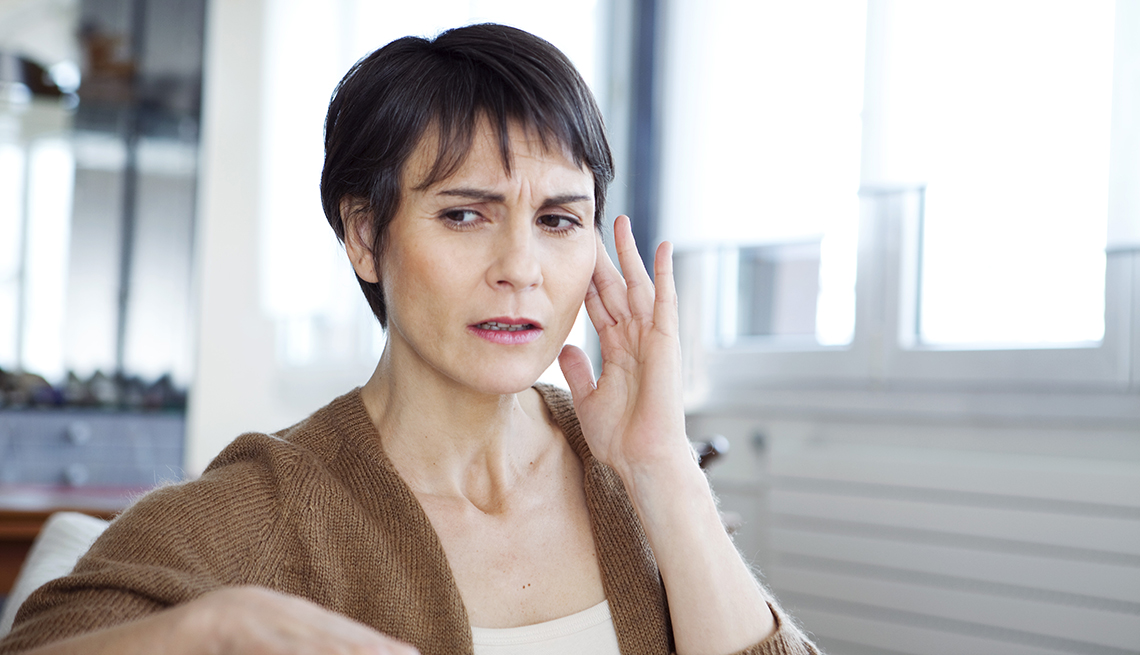 En español | In the fall of 2006, I traveled to Beijing on a reporting assignment. The smog got so thick during the week of my visit that flights were delayed, sections of three expressways were closed, outdoor school activities were canceled, and buildings across the street from my hotel were visible only as silhouettes in a mustard-brown miasma. I caught a bad cold, which got worse on the long flight home, and then got much worse. I felt as though someone had poured concrete into my head and was now gradually tightening a belt around my temples. My sinuses didn't fully clear for a month. Eventually, I stopped coughing. And, when I did, I noticed a ringing in my ears.

At first, I assumed that the ringing would go away, as my cold had. But it didn't. After six months of fluctuating anxiety, I made an appointment with my doctor. “Tinnitus,” he said. (Medical professionals, almost without exception, place the stress on the first syllable, as they also do with angina; civilians, in both cases, tend to stress the second and to make the i in the middle long.) Most of the 50 million or so Americans who have tinnitus also have at least some hearing loss, and both problems are most often caused by exposure to loud sounds. My internist tested my ears by holding up a vibrating tuning fork and asking me to tell him when I could no longer hear it. After a while, he leaned forward to make sure the tuning fork was still humming, since he himself could no longer hear it. (We were both in our fifties.) Tinnitus is the leading cause of service-connected disability claims made by military veterans; hearing loss is second.

Treatments (or, rather, lack of them)

Some kinds of hearing loss can be reversed surgically, and when the surgery is successful the associated tinnitus, if there is any, usually goes away, too. But I didn't have that kind of hearing loss. Tinnitus is sometimes caused by earwax, and can be cured by its removal. But I didn't have an earwax problem. There's a form of tinnitus that manifests itself as rhythmic pounding, throbbing or whooshing, typically synchronized with the heartbeat. It's called pulsatile tinnitus, and, unlike all other forms, it's sometimes audible to people who are not its sufferers. But I didn't have pulsatile tinnitus, either.

For the kind that I and most other people have, there's no known cure. A friend of mine who's had it for longer than I have told me that one day his had become dramatically worse. “I tolerated the hissing, but when the beeping started I went running around the house, trying to find the appliance that was making the noise,” he said. His doctor referred him to a well-known tinnitus expert in New York City. “He listened patiently as I told him about my condition and described everything I'd heard or read about tinnitus,” my friend continued. “When I finished, he smiled, and said, ‘Here's the truth. I don't know. They don't know. Nobody knows. What are you doing for it?’ I said that when I was unable to sleep I took an Ativan. He said, ‘That's fine. You can do that for the rest of your life.'” 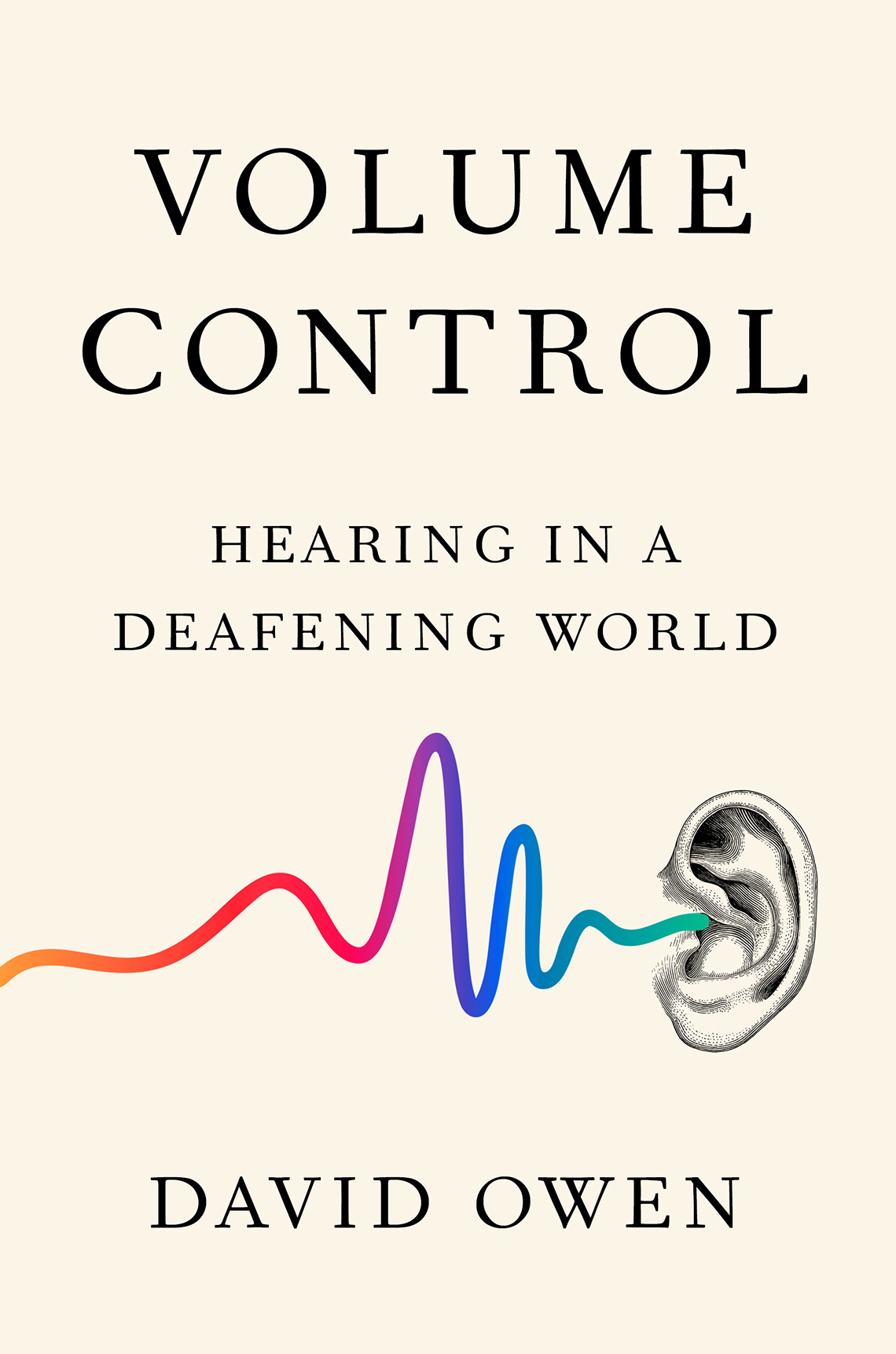 In some ways, the lack of a cure is a relief. If I could make my tinnitus go away by losing 30 pounds (let's say), I wouldn't necessarily be happier, because then I would be angry at myself not only for having damaged my ears with years of exposure to rock concerts, lawnmowers and power tools but also for failing to lose the weight. My main course of action, my doctor said, should be to continue making my best effort to pay no attention to the illusory sound in my head. And I've gotten pretty good at doing that — unless I'm lying awake in bed or, as I discovered recently, writing about tinnitus. My doctor also said that I should be extra assiduous about using ear protection, in the hope of preventing things from becoming worse.

Reactions to tinnitus, by the millions of people who have it, are highly subjective. Robert Dobie, a clinical professor at the University of Texas Health Science Center, in San Antonio, told me, “If you define suffering from tinnitus as more than just having it — if you define it in terms of its effect on your daily life, whether that's distraction or sleep trouble or concentration difficulties or emotional difficulties — than the majority of people who have tinnitus are not tinnitus sufferers.”

People who are sufficiently bothered to consult a physician are often worried less about the tinnitus itself than about what they suspect may be possible causes. Dobie continued, “More often than not, those people have concerns about, you know, am I going deaf, or am I having a stroke, or do I have a brain tumor. And, after a proper examination and workup, we're able to tell most of those people that they have nothing medically significant… That, in itself, is all that some people need.”

Those who need more are often helped by brief counseling and an explanation of what the treatment options are, including cognitive, behavioral and other talking therapies, similar to protocols for people who have phobias.

Treatment often also includes hearing aids, which can disguise the problem, in people who've lost hearing, by bringing up the volume of everything else. A researcher I spoke with likened tinnitus to a candle in a darkened room, and said that one way to make the candle less noticeable is to turn on some lights.

Another way to make tinnitus less noticeable is to mask it with real sound. Many people with tinnitus sleep with fans, air conditioners or white-noise machines; others use devices that play sounds specifically designed to serve as maskers. (Noise-canceling headphones don't work with tinnitus: they can only cancel real noise.)

The latest thinking on tinnitus

An increasingly common theory about tinnitus is that it's analogous to phantom limb pain, the sometimes intense discomfort that many amputees perceive in parts of their body that are no longer there. Robert Dobie told me, “You know, a guy loses a leg and still has an itchy toe even though the toe is gone. I think of tinnitus the same way. You've got some hearing loss, and your brain is no longer getting sound input in certain frequency regions, so the brain replaces the silence with a phantom sound.”

If the auditory centers in a tinnitus sufferer's brain are, in effect, guessing about nerve signals they're no longer receiving, could they be fooled into thinking they hear something else — perhaps silence? Desyncra, a German medical company, offers a “neuromodulation” tinnitus therapy, which, it says, “rewires the brain” by altering the function of misbehaving brain cells so that “the brain unlearns to produce the pathological behavior and sustained effects occur.”

The idea is to take advantage of the brain's well-know tendency to ignore steady background sounds, by repeatedly listening to tones just above and just below the perceived frequency of the tinnitus.

According to Desyncra, people who follow the protocol report significant, lasting relief. But the cost is high — $4,500 — and if you're feeling adventurous you can try the technique for free, using a Web app that a musician who calls himself General Fuzz created based on the description of the Desyncra technique in a scientific paper available on the website of the National Institutes of Health.

If you spend almost any time reading about tinnitus online, your email in-box soon fills with spam about the surprising food that, if you eat it for breakfast, will make your ears stop ringing forever, or the homeopathic concoction whose main selling point is that audiologists and the FDA don't want you to know about it, or the treatment that “leaves doctors speechless,” or the one that makes brain surgeons “scream this is ‘medically impossible.'” What you won't receive are emails about treatments or techniques or procedures that absolutely, positively make tinnitus go away for good.

Hope for a cure

One of the great advantages of being a member of the baby boom generation is that, because we're so numerous, capitalism almost magically anticipates and addresses our evolving needs. It provided station wagons when we were Little Leaguers, muscle cars when we got our driver's licenses, thrifty imports when we were struggling young grown-ups, minivans and SUVs when we became parents, overpriced two-seaters when we had our midlife crises, Priuses as we approached retirement, and Uber and Lyft when we realized that we might not always be willing or able to drive ourselves around. And now, at universities and private companies all over the world, it's hard at work on cures for tinnitus and hearing loss. Stay tuned.

David Owen is a staff writer for The New Yorker and the author of more than a dozen books. This essay is adapted from Volume Control: Hearing in a Deafening World by David Owen, Copyright (c) 2019 By David Owen. Published by Riverhead Books, a member of Penguin Random House, LLC.