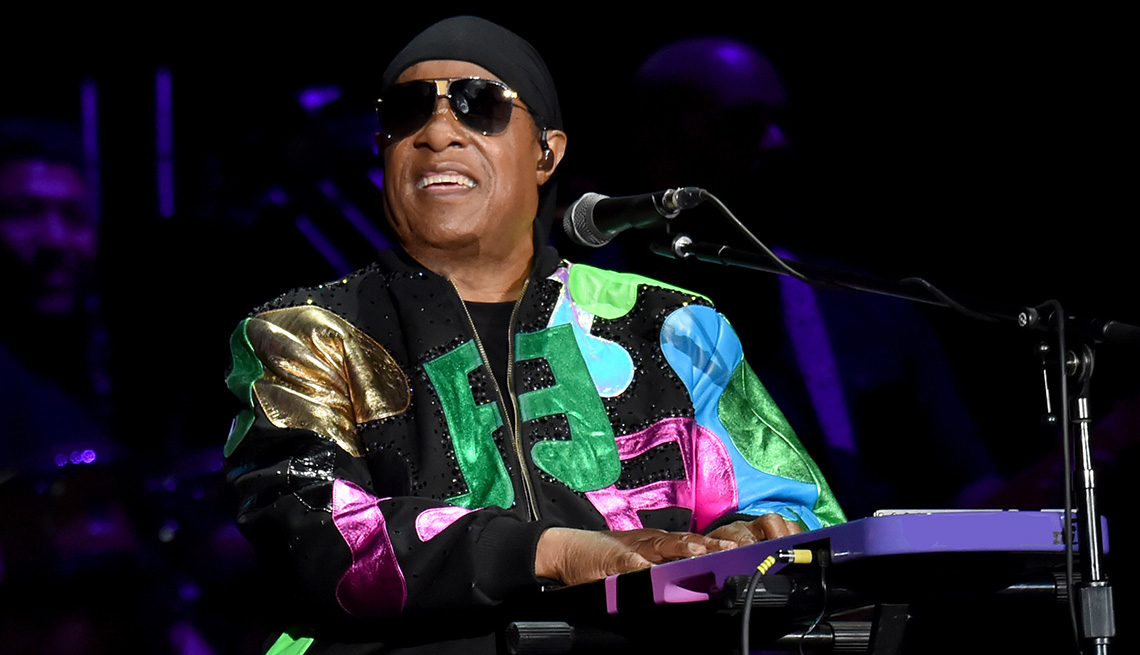 Stevie Wonder's recent announcement that he will undergo a kidney transplant in September drew an outpouring of support from fans when he shared the news while playing a concert in London. “I have a donor and it's all good,” he told the crowd.

But it also raised many questions: How safe is the surgery? What is the recovery like? Who is the donor?

Although Wonder, 69, got a lot of media attention, his situation is actually quite common, said nephrologist David Klassen, chief medical officer for the United Network for Organ Sharing (UNOS). More than 21,000 Americans received kidney transplants last year, including 3,857 patients over age 50, according to UNOS. Over 100,000 people in the U.S. are on a waiting list for a kidney.

"These days, kidney transplant surgery is fairly routine and straightforward,” Klassen said. “It's not considered high risk, and patients can be out of the hospital in as little as two days.”

Wonder did not share specific information on his condition. In the U.S., most patients who need a kidney replacement have diabetes or high blood pressure that causes slow damage to their kidneys over time, said Amit Tevar, director of kidney and pancreas transplantation at the University of Pittsburgh. Without a working kidney, your body can't filter out toxins or regulate fluids.

Because there is a shortage of organs, getting one from a deceased donor takes on average three to five years, according to the National Kidney Foundation.

Finding a live donor — as Wonder did — is a far better option, Tevar said. For one thing, survival rates are higher than for patients who receive an organ from a deceased donor, he said.

In addition, using a live donor gives patients more control over the timing of their surgery, Tevar said, meaning they can schedule it around other commitments, and do so when their body is in the best possible health to undergo the procedure — hopefully, before dialysis has begun.

It's not always easy to find a living donor, however. Potential donors need to be compatible with the recipient's blood type; a member of your family is no more likely to be compatible than a stranger would be. Potential donors are also screened for issues such as high blood pressure, diabetes, heart problems, autoimmune diseases and lung diseases.

Anyone who is at least 18 years old and in good physical and psychological health can volunteer to be a living kidney donor. The removal operation is done laparoscopically and is relatively low risk. Most people can live easily with just one kidney, and having just one does not increase your risk of kidney disease or other health problems.

About 40 percent of kidney transplants in 2018 came from living donors.

"The most important thing we tell patients is to go out there and tell people,” Tevar said. “You would be surprised: A lot of our donors aren't husbands or wives or kids; instead, they are people from that second circle, the people in your bridge group or that you know from church.”

Transplant centers have grown more willing in recent years to consider older donors. In 2018, 330 living kidney donors nationwide were over age 65, according to UNOS, three times as many as a decade ago. Each transplant center sets its own standards; Tevar said the cutoff for the age of donors at his center is 70.

Recipients, on the other hand, can receive a new kidney into their 80s, as long as they pass a health screening and doctors feel confident they can recover from the surgery.

"I see a lot of people in their early 80s who are robust, golfing 18 holes a day and walking all the time,” Tevar said. “They do quite well after getting a transplant, and it gives us great pleasure to give them back their quality of life."