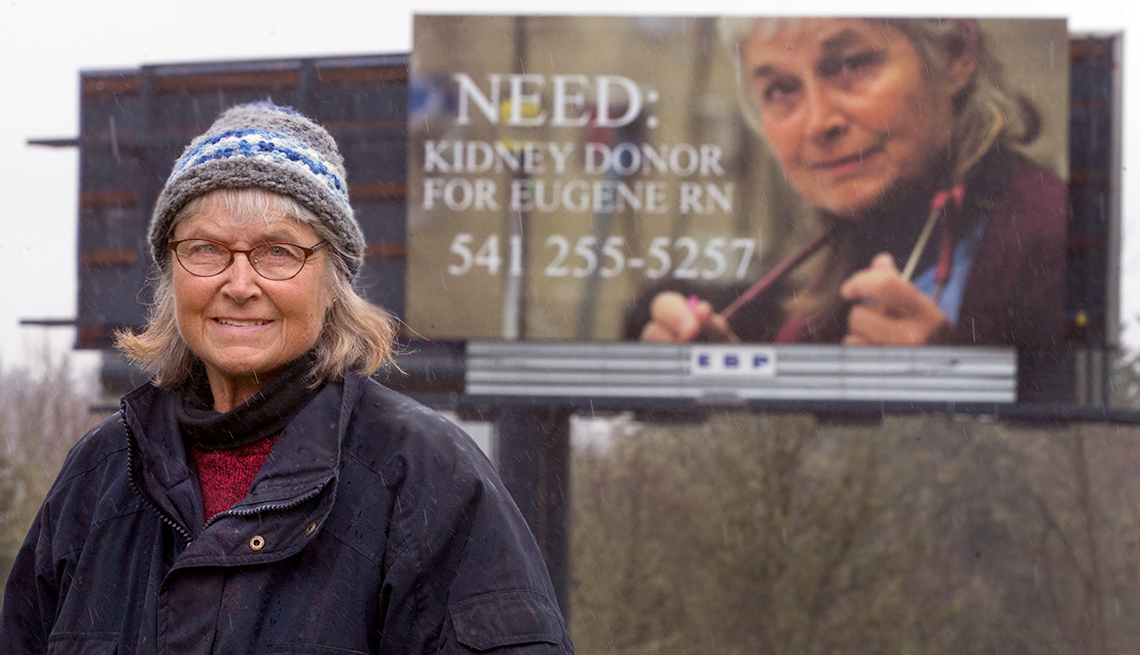 Roxanne Loomis, a 65-year-old registered nurse in Eugene, had been dealing with kidney disease for more than a decade.

Billboards may be thought of as a bit old-fashioned or the stuff of movie plots, but a woman in Eugene, Ore., found a very successful use for them: They helped her acquire a much-needed kidney.

Roxanne Loomis, a 65-year-old registered nurse, had been dealing with kidney disease for more than a decade. She was undergoing dialysis three times a week and had been on a kidney donor list for more than four years before she took matters into her own hands.

In February 2017 she purchased space on an interstate highway billboard south of the city, according to Oregon Public Broadcasting. Three months later, billboard company Lamar Advertising contacted her, saying they would donate space on five digital billboards in Oregon to spread the message that she needed a kidney immediately.

The response was overwhelming. Sixty people offered to donate a kidney to Loomis. But finding a match was another matter.

Potential donors are screened for such issues as high blood pressure, diabetes, heart problems, autoimmune diseases and lung diseases. Donors also need to be compatible with the recipient’s blood group.

That led Loomis’ doctor to suggest a paired donor arrangement, according to Oregon Public Broadcasting. Under the arrangement, a donor agreed to provide the kidney to someone other than Loomis, in exchange for Loomis' receiving a donor kidney from elsewhere.

A Portland, Ore., nurse subsequently agreed to donate a kidney to a Maryland woman, while Loomis received a kidney from an Illinois man.

On Feb. 7, exactly one year after she placed the billboard ad, Loomis received the kidney.

“I hit the jackpot. I lucked out,” she told Oregon Public Broadcasting. “I got this kidney from a healthy, young person who is an athletic trainer.”

And she got a new lease on life.

Meanwhile, some of the donated billboards have a new message: "Congrats Roxanne on your kidney transplant."

More On Your Kidneys