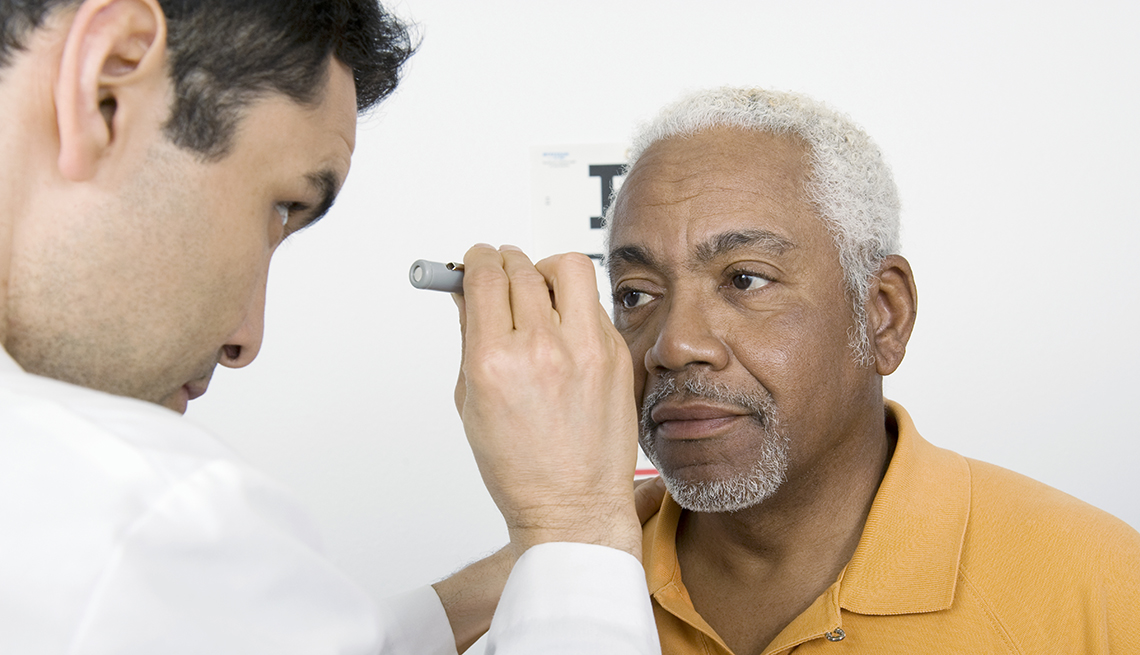 En español | For years, Andrew Iwach, executive director of the Glaucoma Center of San Francisco, has been trying to convince patients to kick their smoking habit. Words like emphysema and lung cancer weren’t always successful. But when people learned that puffing could increase their risk of glaucoma, well, that was a different story. “I’ve helped more patients quit smoking by letting them know smoking affects vision loss,” says Iwach, a spokesperson for the American Academy of Ophthalmology (AAO).

Little wonder. As far as illnesses go, a diagnosis of glaucoma can be particularly devastating. The disease is sneaky: It develops slowly, often without warning, and can lead to irreversible blindness if it’s not treated in time. Glaucoma is caused by fluid building up in the front part of your eye, increasing pressure and damaging the optic nerve — a kind of electric cable that sends visual information from the eyeball to the brain.

More than 2.7 million Americans over 40 have glaucoma, but only half are aware of it, according to the American Academy of Ophthalmology. The disease is one of the world’s leading cause of blindness. Particularly at risk: People over the age of 40. The Glaucoma Research Foundation reports that you’re six times more likely to get glaucoma if you’re over 60. Also more vulnerable than average are those with a family history of the disease, African Americans, Hispanics, people with diabetes and smokers. 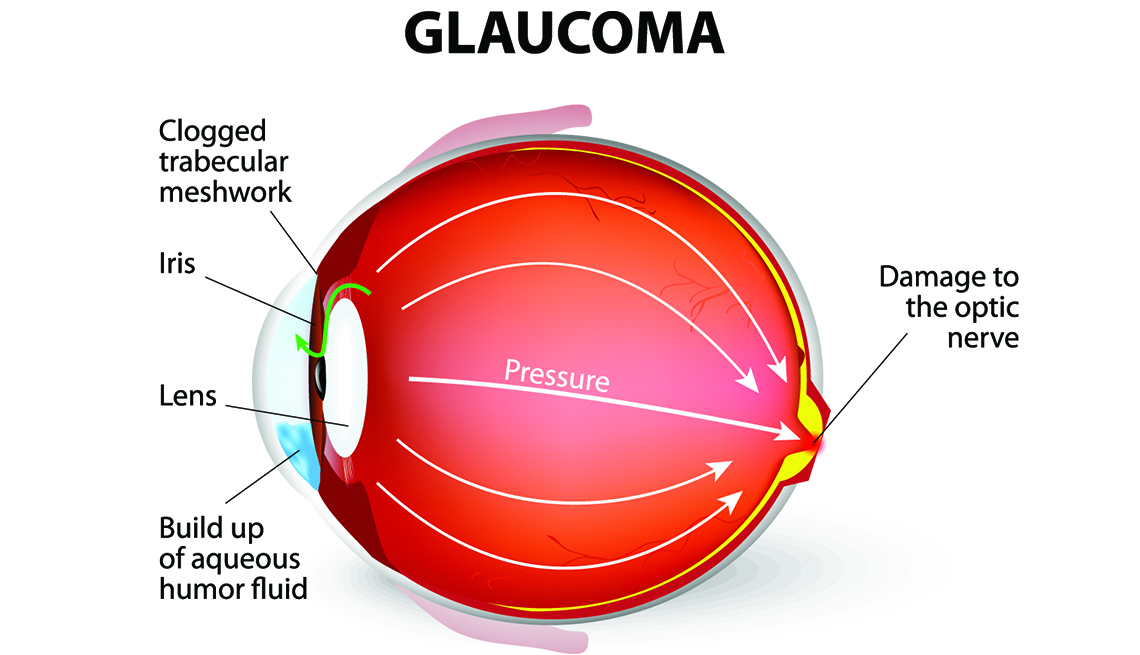 A rarer, but potentially more damaging, form of the disease is caused when “the iris bulges forward and blocks the drainage angle in the eye,” says Sayoko Moroi, an Ann Arbor, Mich.-based ophthalmologist and professor of ophthalmology at the University of Michigan’s Kellogg Eye Center. When the drainage angle gets completely blocked, eye pressure rises quickly.

Signs of an acute attack include sudden blurry vision, severe eye pain, a headache, nausea and/or vomiting, and seeing rainbow-colored rings or halos around lights. Anyone with these symptoms should be checked by their ophthalmologist as soon as possible; angle-closure glaucoma can cause irreversible vision loss if not treated right away.

This is the most common type of glaucoma, called the “silent thief of sight,” because it generally happens slowly and gradually, usually with no warning signs in the early stages. As new fluid flows into your eye, the same amount should drain out through a mesh-like channel, called the trabecular meshwork (an area of tissue located at the base of the cornea). But in open-angle glaucoma, the meshwork becomes partially blocked over time, allowing less fluid to leave the eye. The pressure in the eye gradually builds and over time can irreversibly damage the optic nerve.

The earliest symptom is usually some loss of peripheral vision, which can only be found through measurable findings at an eye exam, Iwach says: “Patients can actually have quite a bit of loss and never realize it.”

While glaucoma damage cannot be reversed, Iwach says, most patients can typically control and manage the disease with a combination of eye drops, as well as some in-office laser procedures.

Medicated eye drops, used every day, are the most common way to lower pressure and control glaucoma. Your doctor may prescribe one or more to be used in combination. Some tackle glaucoma by reducing the amount of fluid your eye produces; others increase the amount of fluid that drains out of the eye.

The good news is that there are more options for treating glaucoma than ever before, Iwach says: “For most people, if we can catch the disease in time, we can keep them seeing.”

It’s scary stuff, but here’s the good news: If glaucoma is diagnosed in time and treated, you may be able to prevent additional vision loss and prevent blindness. “The prognosis is excellent, but people often take their eyes for granted and forget about them until they notice symptoms,” says Anne Coleman, a Los Angeles-based ophthalmologist who's affiliated with the Ronald Reagan UCLA Medical Center. “That’s why it’s important to get examined to assess what your risk is.”

The AAO recommends that adults, beginning at age 40, get regular comprehensive eye exams with an ophthalmologist. People who are 65 and older should get an eye exam every one to two years. Those with chronic conditions, such as diabetes or high blood pressure, known eye diseases or other risk factors, may need to get checked more often.