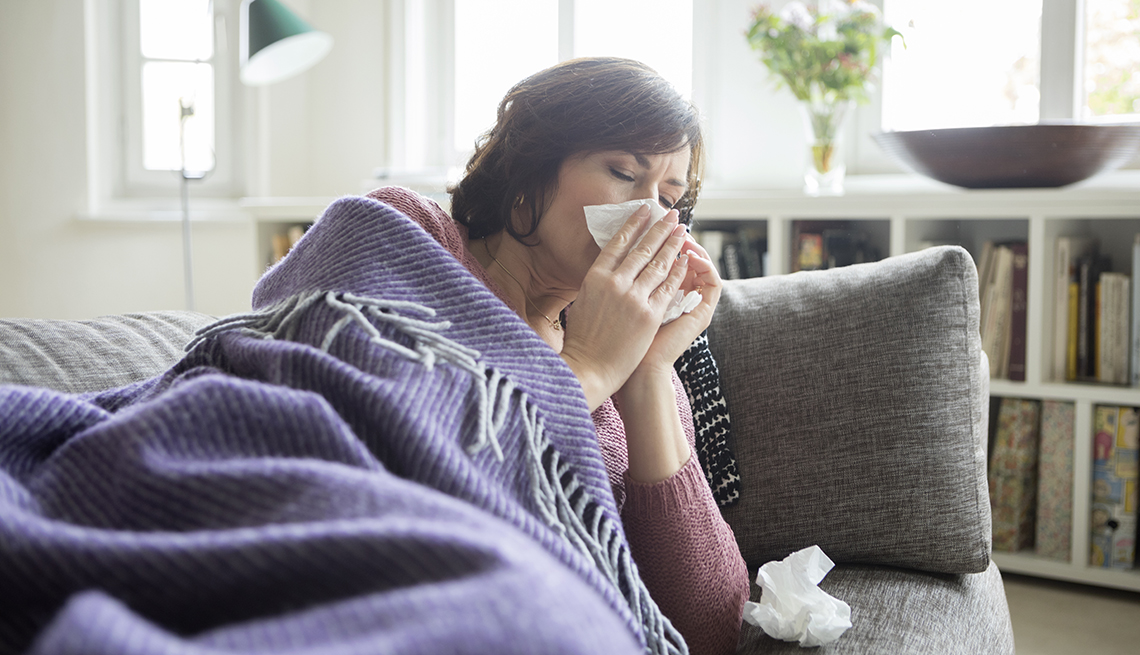 While symptoms of the flu and a cold can include coughing and sneezing, there are other signs distinctive to each of these common illnesses.

This flu season is shaping up to be a real doozy, with widespread influenza activity reported in all states except Hawaii, according to the Centers for Disease Control and Prevention (CDC).

At least 37 children have died from flu-related complications since October, and there could be more to come, as flu activity can last as late as May. Baby boomers, too, have been hit hard. Indeed, those who track the flu say people ages 50 to 64 are being hospitalized at alarming rates, second only to the elderly.

By the time it’s all said and done, the CDC estimates that as many as 700,000 people or more will be hospitalized because of the flu.

The agency continues to emphasize the importance of flu shots, saying that it’s not too late to get one, even in February. Experts also say that doctors should prescribe antivirals, such as Tamiflu, for flu patients as quickly as possible, as the drugs are more effective the earlier they are prescribed.

So how can you tell if your symptoms indicate the flu or just a common cold? Both are respiratory illnesses, but they are caused by different viruses, according to the CDC. Because they can manifest themselves in similar ways, it can be hard to know which ailment you have. But there are a few distinct differences between a run-of-the-mill cold and the flu.

While you can have a fever, cough, sneezing, congestion and a sore throat with both, the symptoms tend to be more severe and intense when you have the flu. And symptoms usually come on more quickly. People with colds are more likely to have a runny nose, whereas those with the flu are more apt to experience chills as well as serious muscle and body aches. With the flu, you’ll typically experience more of the symptoms, not just one or two. People with the flu will have a tough time even getting out of bed; by contrast, those with a cold may still feel well enough to go to the office.

For more information on what sets the two apart, here’s a nifty chart from the CDC: 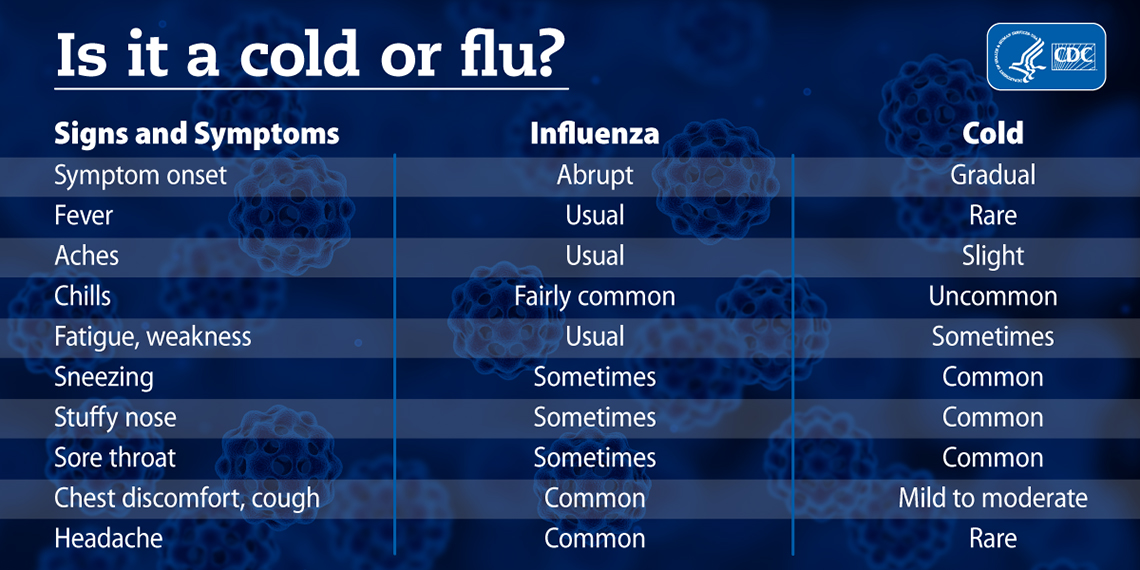