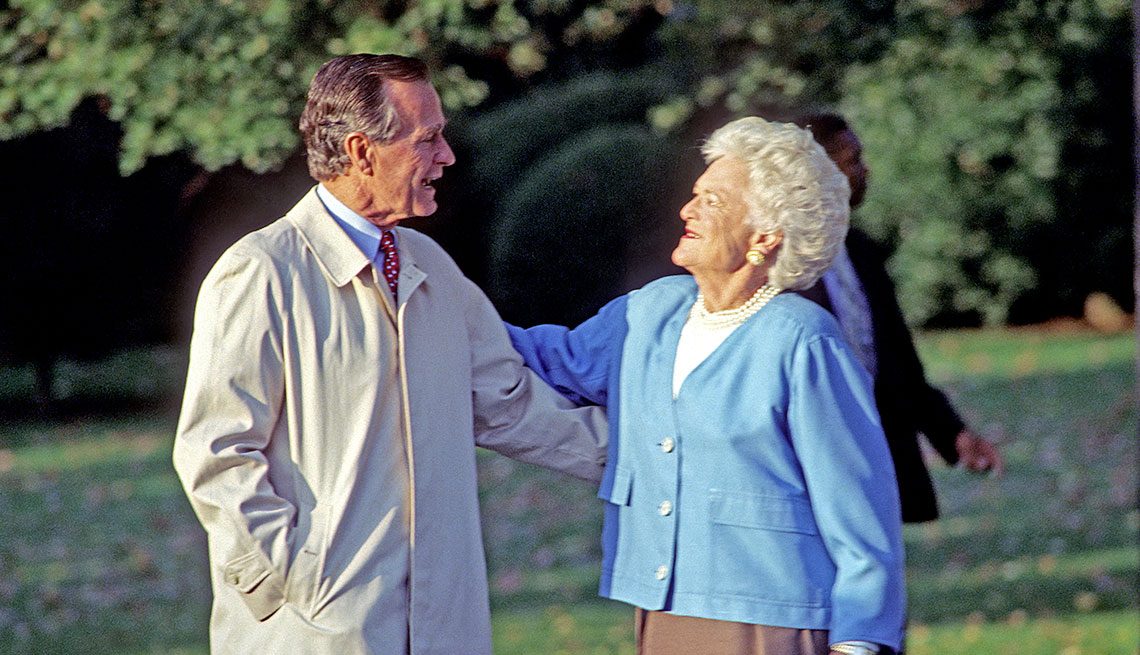 The Bushes were married for 73 years.

Former President George H.W. Bush remains hospitalized, just days after attending his wife, Barbara Bush’s, funeral. A family spokesperson said that Bush, 93, has contracted an infection that spread to his blood, which can be serious. Media reports say the Bush family had been worried about how he would handle losing his wife of 73 years.

It begs the question: Could Bush be suffering from broken heart syndrome? The syndrome, more formally known as takotsubo cardiomyopathy, occurs when an emotional stressor is so severe it actually causes physical damage to the heart. The ailment was first recognized in Japan in 1990, when doctors discovered that those experiencing the symptoms of a heart attack later showed no signs of the signature blood clots of one.

Experts say this may explain why couples who have been together for many years — or family members who have been particularly close — often die within days of each other.

In 2015, for example, former NFL quarterback Doug Flutie’s father died of a heart attack. Less than an hour later, his mother also died of a heart attack. The two had been married 56 years. “They say you can die of a broken heart and I believe it,” Flutie said in a Facebook post at the time. In another case, Johnny Cash passed away just months after his longtime wife, June, died in 2003. In late 2016, Debbie Reynolds died only a day after the death of her daughter, Carrie Fisher.

And just last year, an elderly couple married during World War II, George and Jean Spear, died within hours of each other at a hospital in Canada, a few weeks after celebrating their 75th wedding anniversary.

Several studies have dubbed the phenomenon of couples dying in rapid secession the “widowhood effect.”

One of those studies out of the Harvard School of Public Health found that someone who loses their spouse has a 66 percent greater chance of dying within the first three months after the loss than someone who hasn’t lost a partner. While previous research has found men to be more susceptible to the effect than women, the Harvard study, published in October 2013, uncovered no gender difference. It was unclear, though, what exactly causes the increased death risk.

“It’s possible it’s a grief-related mechanism, or that providing care for the sick spouse causes illness in the surviving spouse, or that, as one’s spouse gets sicker, the surviving spouse stops taking care of their own health,” Dr. S.V. Subramanian, one of the study authors, told Reuters.

In addition, a new study of nearly 7,000 middle-aged and older men and women published earlier this month in the Journal of Geriatric Psychology found that older adults who lose a spouse may be more vulnerable to cognitive decline in the years after. Although over time, cognitive functioning grew worse for all study participants, it deteriorated more and at a greater rate for those who had been widowed, regardless of whether they remarried. The good news is that having a high level of education or at least one living sibling appears to offer some protection against the decline associated with widowhood.

When it comes to Bush, the former president’s longtime chief of staff, Jean Becker, said he was “broken-hearted.”

“So many of you are asking, ‘How is 41?’ He, of course, is broken-hearted to lose his beloved Barbara, his wife of 73 years,” Becker wrote in a statement. “He held her hand all day [today] and was at her side when [she] left this good earth.”

“Grief is a reflection of the love. And the loss of a love so deep can actually be heartbreaking” he said. “If two hearts have beaten in rhythm for 73 years, it’s not surprising that when Barbara leaves, that George considers following. They have a love story that not even a little death can stop.”