Can You Die From a Broken Heart? 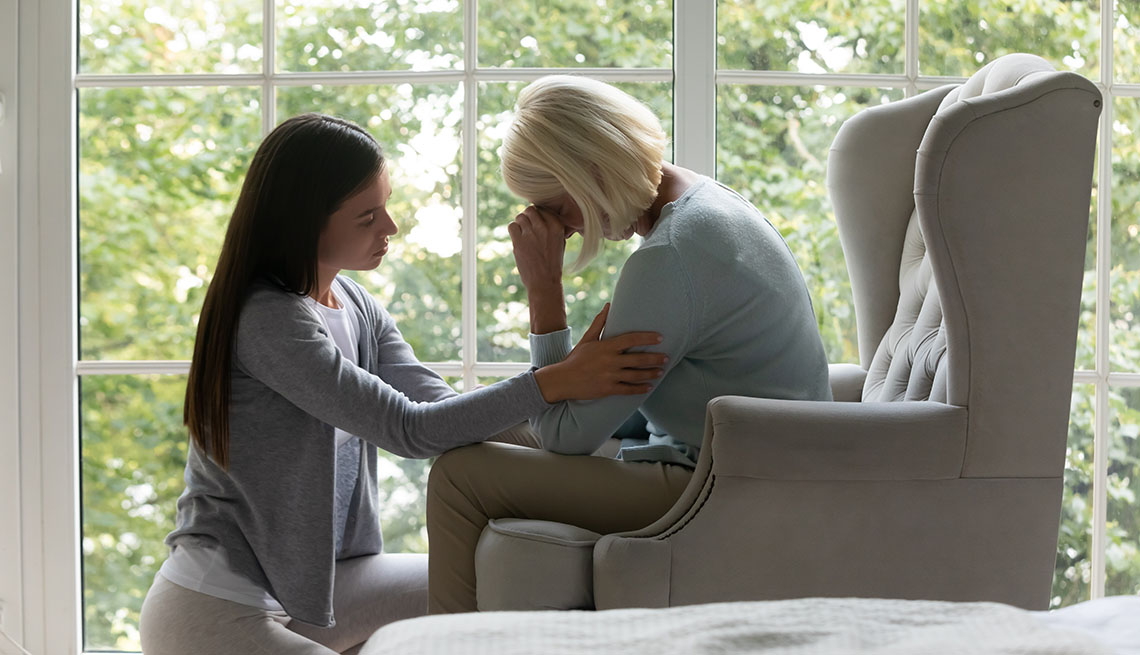 The death of a loved one, the breakup of a marriage or a number of other sudden shocks can lead to a broken heart on an emotional level, a deep feeling of sadness and loneliness. These sudden shocks can also have a physical impact on the heart, causing a temporary cardiac episode or, in rare cases, even death.

Broken heart syndrome, clinically known as stress-induced cardiomyopathy or takotsubo cardiomyopathy, can occur in anyone, including healthy individuals. This intense chest pain, which happens more often to middle-aged and older women, is brought on by an increase in stress hormones triggered by a traumatic event.

Death, divorce, infidelity or even physical ailments can trigger broken heart syndrome. It can even be brought on when something good, albeit surprising, happens in your life, such as winning the lottery. Recognition of broken heart syndrome dates to 1990, when doctors in Japan encountered people who seemed to be experiencing heart attack symptoms but had no signs of an actual heart attack.

“This is a unique syndrome in the sense that some type of emotional stressor that happens suddenly can literally precipitate a sudden weakening of the heart muscle,” says cardiologist Ilan Shor Wittstein, director of the Advanced Heart Failure Fellowship and assistant professor of medicine at John Hopkins. “It’s fairly uncommon for us to see a cause and effect like this so readily, but with this syndrome this is exactly what happens.”

About 60 percent of the cases of broken heart syndrome are brought on by a stroke, pneumonia or some other major medical illness. The remaining 40 percent are due to an emotional trigger. Wittstein treated one case caused by a surprise party: The woman was so shocked she ended up in the ER a few hours later with a cardiac event.

Wittstein says that when an event is triggered by emotions, the heart’s squeezing ability is back to normal within two to three weeks, on average.

COVID-19 has increased the incidence of broken heart syndrome, according to the institute, as more women have faced challenges and stressors due to pandemic deaths, lockdowns and restrictions. But even before the pandemic, the number of cases had been steadily rising.

What happens during broken heart syndrome

With takotsubo cardiomyopathy, severe emotional or physical stress enlarges part of your heart, which in turn has trouble pumping properly. The muscle weakness associated with broken heart syndrome is usually temporary, but a recent study from Cedars-Sinai found 10 percent of people who suffered from broken heart syndrome will experience an additional attack within five years. It can also lead to short-term heart muscle failure.

The good news: Broken heart syndrome is treatable, with the majority of people making a full recovery. Typical treatments may include medicines like beta blockers and ACE inhibitors. The bad news: In rare cases, it can lead to death.

Diagnosing broken heart syndrome is extremely difficult because it mimics what happens during a heart attack. Signs in both cases include the following and should never be ignored.

If you are experiencing any of those symptoms, doctors say you should seek medical attention immediately. It’s only when you are admitted to the hospital and in the hands of cardiologists that the syndrome can be properly diagnosed.

As for prevention, if the incident is brought on by a physical ailment, you can take steps to improve your health to prevent future ones. If it’s an emotional trigger, the less chronic stress you have in your life, the better you’ll be able to deal with those life shockers that can break your heart or set it aflutter.

Donna Fuscaldo is a contributing writer and editor focusing on personal finance and health. She has spent over two decades writing and covering news for several national publications including the Wall Street Journal, Forbes, Investopedia and HerMoney.