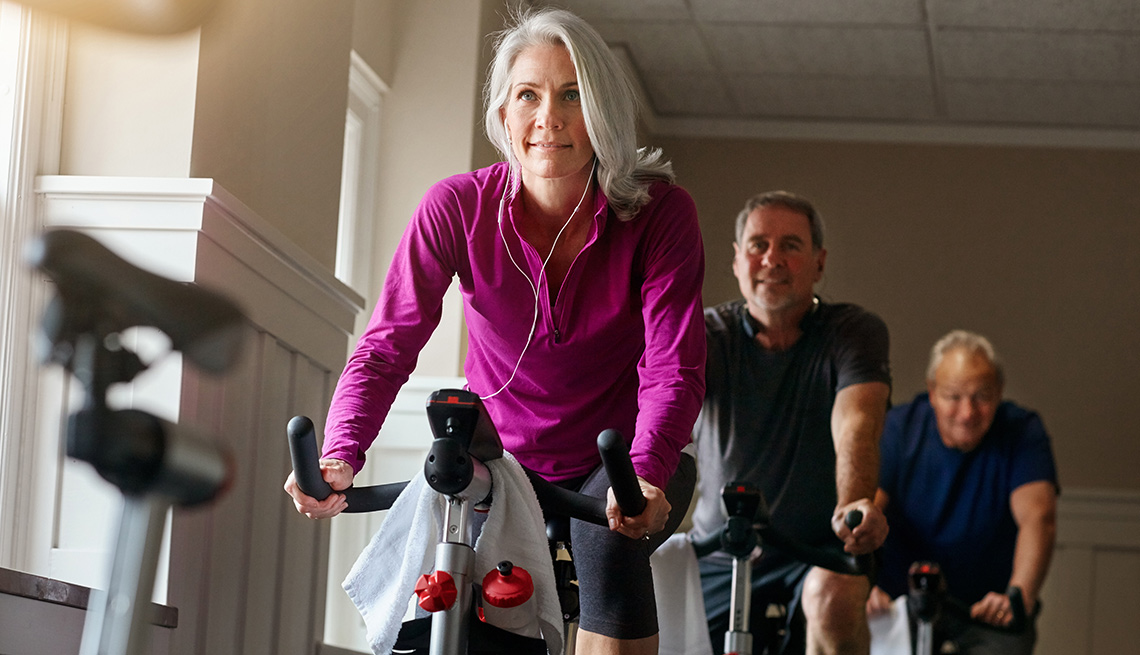 Those who exercised at a higher intensity found that their Parkinson's symptoms stayed stable, according to a recent study.

Intense workouts — those that bring the heart rate up to 80 to 85 percent of maximum — can slow the worsening of Parkinson's symptoms in people in the early stages of the disease.

A study published this month in the American Medical Association's JAMA Neurology and led by scientists from Northwestern Medicine and the University of Colorado School of Medicine showed that those who exercised at a higher intensity three times a week for six months found that their symptoms stayed stable, while those who exercised at a lower intensity (60 to 65 percent of their maximum heart rate) experienced some disease-related decline, and the non-exercisers declined even more.

The researchers still aren’t clear on why, exactly, this heart-thumping routine appears to be so beneficial for people with Parkinson’s, a neurodegenerative disorder with no known cure that can cause symptoms such as trembling, slowness, weakness and stiff muscles. One possibility is that the high-intensity exercise pumps more blood and therefore more oxygen and nutrients to the brain, helping it ward off decline, says the report’s lead coauthor, Daniel Corcos, professor of physical therapy and human movement sciences at Northwestern University Feinberg School of Medicine, "but that's highly speculative."

The study, which included 128 people, focused on early-stage Parkinson’s patients because they would be less likely to be taking medication that could confuse the study’s results, says Corcos. He suggests that anyone with heart issues or other accompanying health problems consult a doctor before starting an exercise program.

To figure out what 80 percent of your maximum heart rate is, you can use a very rough calculation: Subtract your age from 220, and multiply that by .8. For someone age 65 that would mean a heart rate of 124 beats per minute. You're likely to reach that point if you are walking or jogging vigorously enough that you can no longer easily hold a conversation.

Corcos and other Parkinson’s specialists stress that cardio exercise should be supplemented with strengthening exercises, stretching, and activities that help with balance, such as yoga or tai chi. “It’s not one thing that’s going to make a difference,” says Melita Petrossian, M.D., medical director for the Pacific Movement Disorders Center at Providence Saint John’s Health Center in Santa Monica, Calif.

Most important, she adds, is that people vary their exercise routines in order to maximize the benefits and make it more likely they’ll stick with it: “When you’re just doing the same thing over and over again there’s less muscle learning, it’s not as invigorating neurologically, and it’s also boring psychologically.”

But Petrossian says she’s cheered by the new study because it offers people who are first diagnosed with the disease hope and a feeling of control: “One of the most important aspects of quality of life with Parkinson’s disease is coping with the diagnosis itself — almost more important than the motor symptoms. It’s the fear of what’s going to happen. ‘I’ve lost control, I’ve lost who I am.’ This information adds to the evidence that there are a lot of ways that people with Parkinson’s can help themselves.”