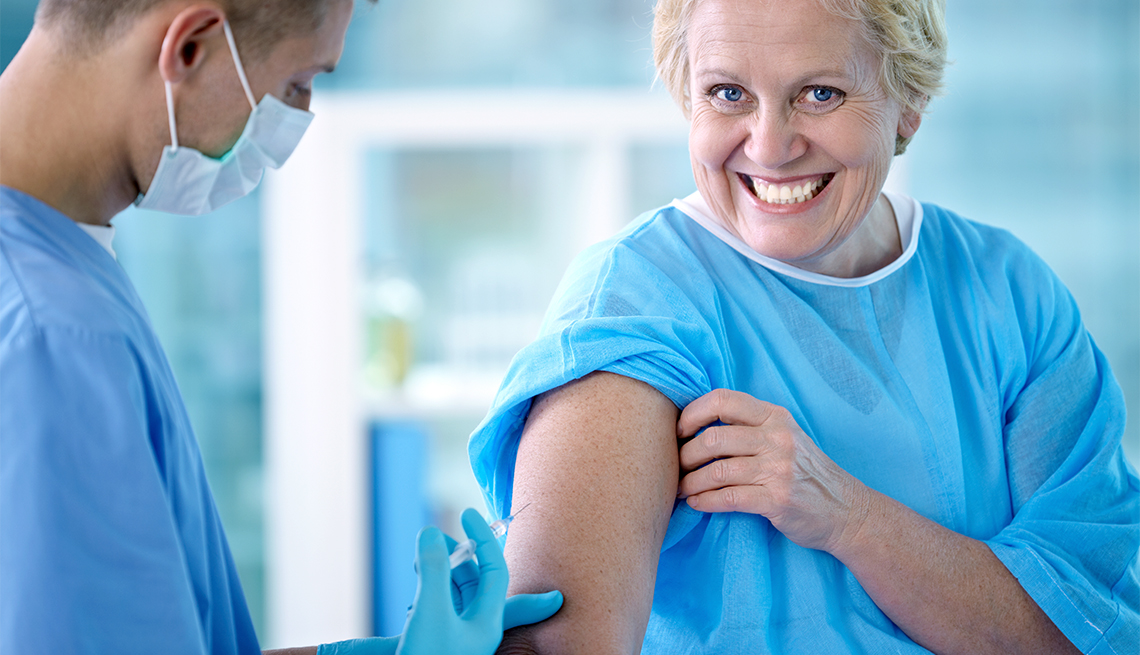 Feeling happy while getting your flu shot may improve its effectiveness, according to a recent study.

In June the Centers for Disease Control and Prevention announced that while the 2016 flu vaccine had performed well among adults 50 to 64, it had no clear impact on the health of people older than 65 — those at the highest risk from influenza. That’s because older people have weaker immune systems and vaccines are more effective if your immune system is strong enough to react and form antibodies.

But a recent study has revealed a sneaky way that older Americans can ensure their vaccinations have a maximum positive effect: Get your shot when you’re feeling happy.

“We have known since 1996 that negative moods like stress affect how well vaccines work,” says Kavita Vedhara, a researcher at the University of Nottingham in the United Kingdom. But Vedhara wanted to see just how important mood was. She and her team recently studied 138 people ages 65 and up before, during and after they received a flu shot. They found that while a positive mood, healthy diet, exercise and lower stress all lead to an improved immune response, the biggest factor in how well the vaccine worked was the patient’s mood on the day of the vaccination.

Those who reported having a positive outlook on the day that they got their shot had more antibodies — and, hence, a greater immunity — than their sad-sack counterparts. Being in a good mood turbocharges your immune response in two ways, Vedhara says. First, it reduces your levels of the stress hormone cortisol, a hormone that suppresses the immune system. Second, it affects other aspects of one’s lifestyle that have also been linked to better immunity: sleep, diet and exercise.

So schedule your flu vaccination on a sunny day, right after a Bill Murray movie marathon or a visit with the grandkids. “You might get the biggest bang for your buck,” Vedhara says.