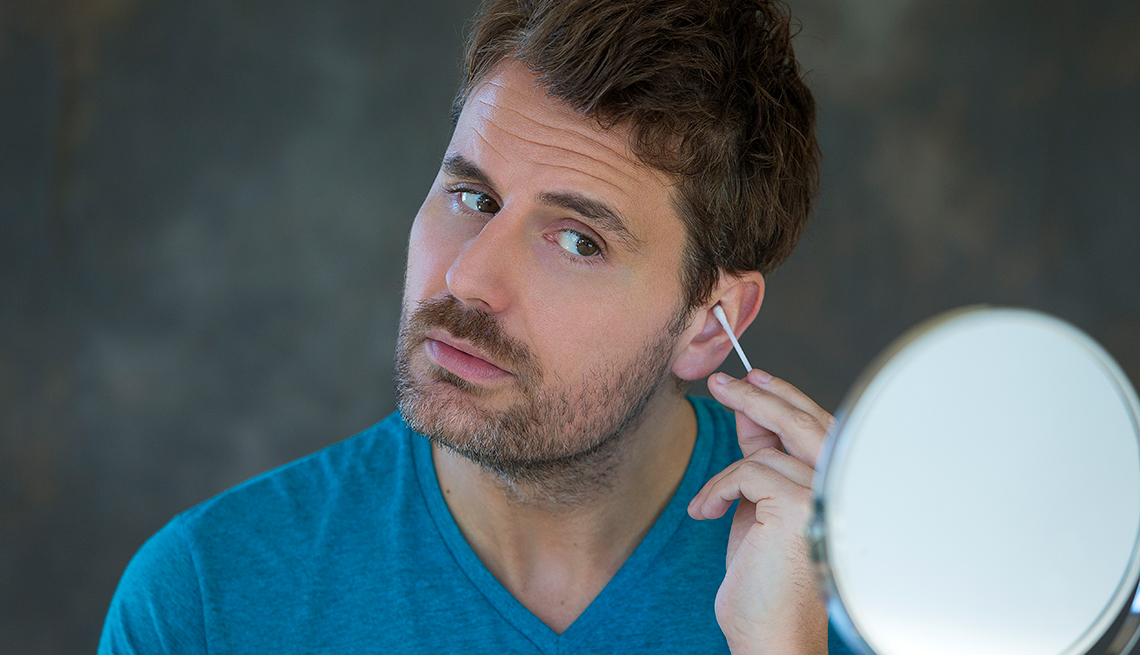 Earwax is inevitable, and, alas, as you grow older, problematic buildups of earwax become more common. Left unchecked, these can lead to hearing loss.

In January, the American Academy of Otolaryngology-Head & Neck Surgery updated its earwax (or, to use the medical term, cerumen impaction) guidelines. Otolaryngologist Seth Schwartz, who chaired the committee that produced the updates, says that while much of the advice provided has been standard practice for some time, it's still important for both patients and doctors to understand the link between ear wax blockage and possible hearing loss.

"You have to take it seriously because hearing loss can contribute to cognitive impairment," says Schwartz, of the Virginia Mason Health Center in Seattle. "When people have to work a lot harder to hear, that makes it harder to function."

Earwax production is a normal bodily function, though no one fully understands what purpose earwax serves.

"The thinking is that it has some antibacterial properties and it may also help to move dead skin out of your ear canal," says otolaryngologist Eric Cohen of Lenox Hill Hospital in New York. "We don't know exactly why it's produced."

But, Cohen continues, we do know that most people's earwax comes out on its own. "The ear is like a self-cleaning oven," he says. "You shouldn't need to do anything to keep your ears clean of wax."

That self-cleaning process, however, sometimes fails to do its job. Some people produce more earwax than normal, and others produce particularly thick earwax. Then there are those with narrower-than-normal ear canals. All of these conditions contribute to buildup and blockage.

And, of course, there's the issue of aging. Experts don't know why age-related accumulation occurs, but they suggest it may be because the skin inside your ear — like your skin everywhere — produces less oil than it did when you were younger. The resulting dryness likely helps prevent your earwax from flushing itself out on its own. Ear hair, which men increasingly have to contend with as they grow older, can also present an obstruction.

Other obstructions, such as earplugs, add to earwax issues. Hearing aids, Cohen and Schwartz agree, are a very common culprit, especially in older people. Nestled inside your ears, they block your earwax's natural pathway out.

"I tend to see people with hearing aids more often to get their wax cleaned," Cohen says.

If you wear hearing aids, you have to be extra vigilant about earwax buildup. It not only creates a blockage in your ears, but it can also gum up the works of your device. That will further compromise your hearing.

And hearing is the key. Earwax on its own is not a problem. "Deal with it when it's symptomatic," Schwartz says.

While it can cause ear pain, itching, ringing in the ears and a feeling of fullness in the ear, the most common — and most troublesome — symptom is hearing loss, which can be gradual and may be hard to notice. It may take family members or others you interact with regularly to bring it to your attention. Listen to them.

To rid yourself of earwax, there are three approved options:

Ear candling. This does not work. You'll only end up with candle wax in your ear in addition to your earwax.

Overcleaning your ears. Remember, earwax is normal. There's no need to do anything unless it causes a problem.

More On Health and Hearing Loss