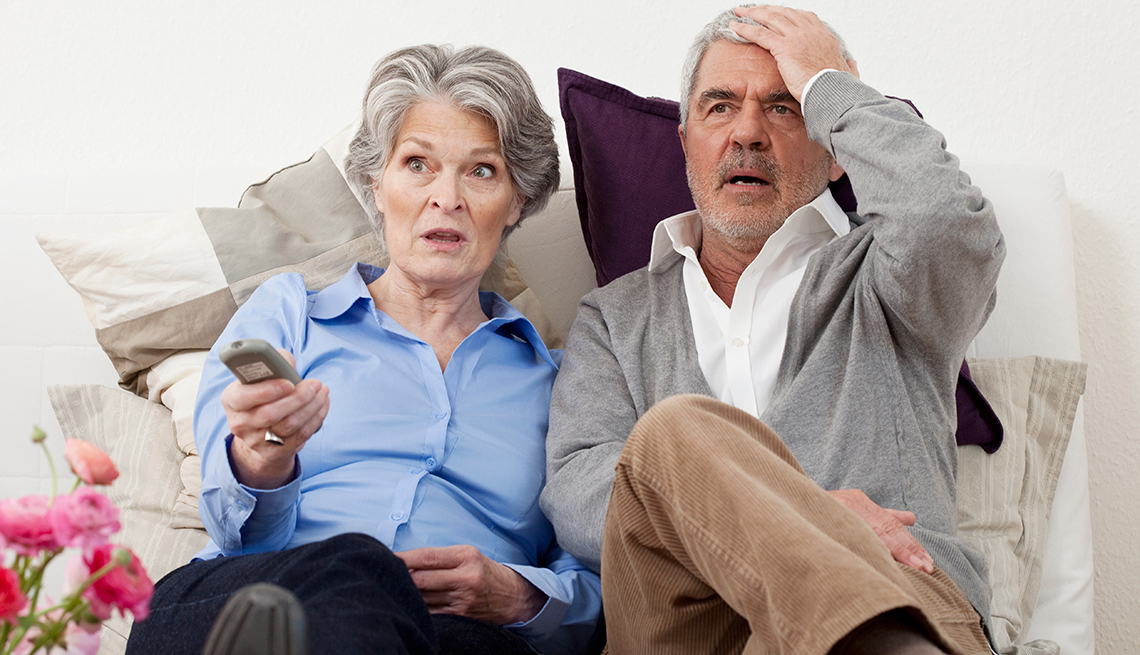 Closed captioning for the hard of hearing can sometimes be bewildering.

We can all use a good laugh during this lengthy and grim election season, but for people with hearing loss, those laughs sometimes come when we don't want them — namely, from the bewildering closed captioning that appears on the television screen during the news or, more recently, the presidential debates.

Frankly, it can be a challenge to figure out what these garbled captions mean. In my book Shouting Won't Help, I listed some examples of captions I have seen: "The boy ate the bridge." "Can you hear the garbage?" "He liked to eat morphine." "Blahmahsan boar genie" — this last meant to be Lamborghini.

More often, you can't even see the captions because they overlap with the network's own on-screen information, like a speaker's name and title. Sometimes, if the speaker has a heavy accent, the network provides its own captions, which overlap with the TV set's captions. And networks like MSNBC and CNN put so much other written information on the screen that reading captions becomes impossible.

Trying to lip-read candidate speeches isn't much better — although it can be highly entertaining. Bad Lip Reading is a YouTube channel that takes clips from movies, TV shows and news stories and dubs them with captions that match the speakers' lips. This is possible because only 30 to 40 percent of the sounds of speech are visible on the lips. The letters B, P and M, when spoken, look exactly the same. This is why you generally need at least a bit of hearing — as well as attention to the speaker's facial expressions and to the context of the sentence — to read lips at all accurately.

It's also why they are so easy to spoof by dubbing in what seems like the words the candidates are saying by the movement of their lips.

Here are a few parodies from the current election cycle: This one is from the first Republican debate and has been watched more than 18 million times (quite a few by me, because I laugh every time I watch it). By comparison, one from the first Democratic debate has only about 8 million views.

Or you might enjoy "Debate Night!" — a Bad Lip Reading of the first 2016 presidential debate.

Humor aside, TV closed captioning was developed for those who are deaf or hard of hearing to give them full access to programming. The Federal Communications Commission rules on captioning quality require that captions be:

The problem is that the rules are not enforced. The FCC requires caption accuracy, but if you watch any live TV — news, sports — you will know that they are often woefully incorrect.

As for being synchronous, captions usually lag 3 to 5 seconds or more behind what the speaker is saying.

In addition, when the caption system runs into a problem, it repeats the same nonsensical garble over and over again and then finally quits.

And, as I noted above, most captions are at the bottom of the screen, where they compete for space with information on the person speaking, or with a running news tape, as many cable channels have. Try deciphering the captions in all of that.

On the other hand, judging by some of the insults being flung during the final weeks of this campaign, perhaps it is better that we don't know exactly what some people are saying.