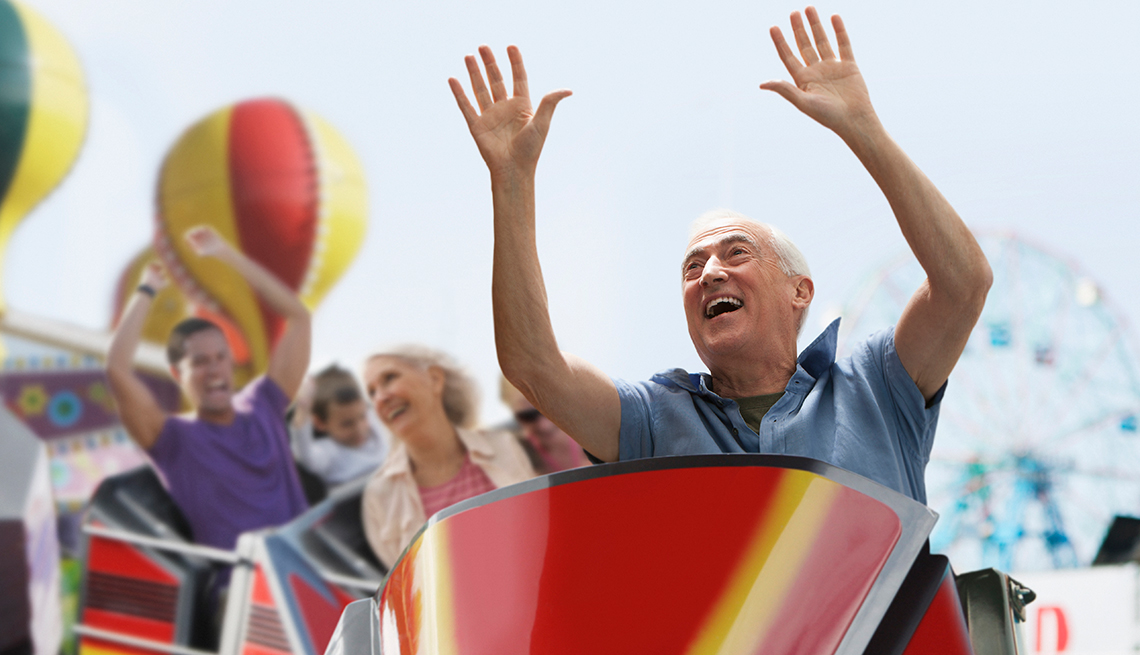 Can riding a roller coaster really help you pass a kidney stone?

Bothered by kidney stones? Your doctor may want to prescribe taking a few roller coaster rides.

A new study from Michigan State University, published in the Journal of the American Osteopathic Association, looked into patient claims that riding the Big Thunder Mountain Railroad roller coaster at the Walt Disney World amusement park in Orlando had helped them pass the painful stones.

About 1 in 10 Americans will have a kidney stone at some point in their life, caused when minerals in the urine become concentrated and form a solid mass. Small stones may pass through the urinary tract without problems, but large ones can become stuck, causing bleeding and severe pain. Study coauthor David Wartinger, a professor of osteopathic surgery, says it's akin to "giving birth to a porcupine," as he told Discover magazine.

Wartinger had heard anecdotes for years about people passing small stones after riding Big Thunder Mountain, but it wasn't until a patient said he had passed a stone after each of three rides that Wartinger and a his colleague Marc Mitchell became intrigued.

After all, if the roller coaster ride — with its sharp turns and quick drops — could shake the stones loose early before they became large and painful, maybe that was something worth investigating.

The doctors used a 3-D printer to create a silicone model of a kidney, which they filled with urine and real kidney stones. The plan was to take it on numerous roller coaster rides to observe what happened — but first, they needed the park's permission.

"We told them what our intent was, and it turned out that the manager that day was a guy who recently had a kidney stone. He called the ride manager and said, 'Do whatever you can to help these guys. They're trying to help people with kidney stones,' " Wartinger told the Atlantic.

In other words, as the study cautiously concludes, "riding in the rear car of a moderate-intensity roller coaster might facilitate fragment passage."

Of course, the study was limited to just one roller coaster and relied on a kidney model, not a real patient. Still, Wartinger says he would recommend a roller coaster ride — with a physician's OK — for those who might want to try it for getting rid of small stones.

Even if it does work, you may have to do it more than once: Experts say those who get a kidney stone have a 50 percent chance of it recurring within 10 years.