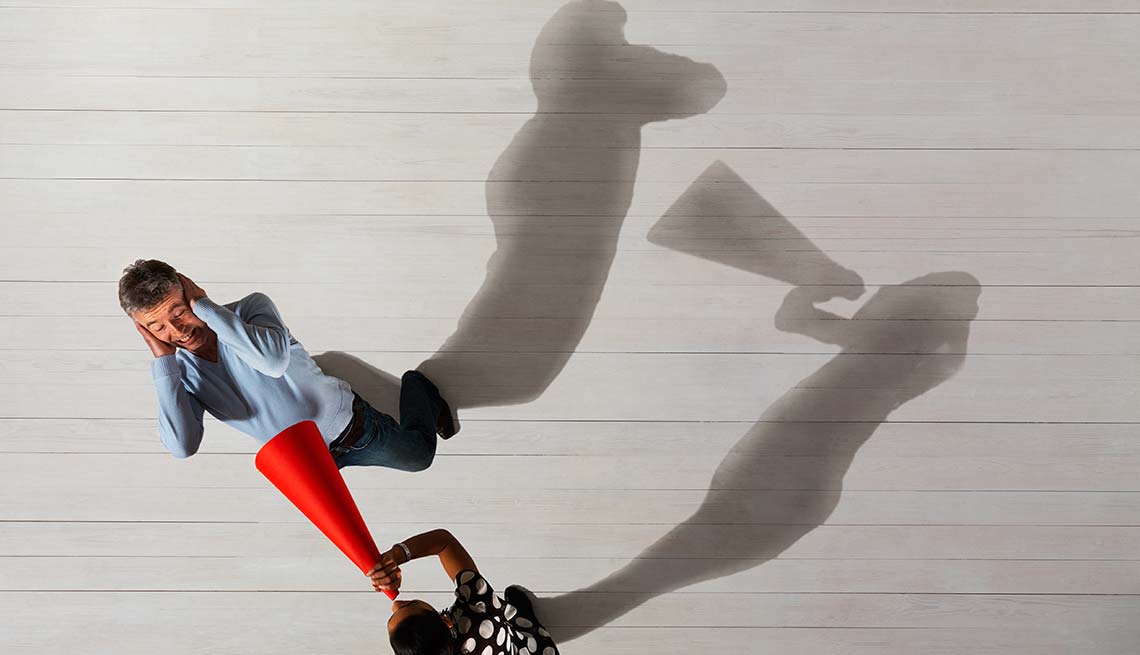 Continuous exposure to loud sounds may damage the hair cells in your inner ear.

En español | For a long time, hearing loss carried a huge stigma. People didn't want to be seen as old — and hearing aids were a visible sign that they didn't have all their original faculties intact. These days, with the likes of Rob Lowe, Halle Berry, Jodie Foster and Bill Clinton not just wearing hearing aids but talking about them, that stigma has all but disappeared. Everyone is walking around with something in their ears anyway — headphones, earbuds, a Bluetooth device. Folks may as well use technology that helps them hear.

As section head of audiology at the Cleveland Clinic, I see a lot of patients with misconceptions about hearing loss. Here are a few of the most common.

Myth: Your hearing loss was caused by all those rock concerts years ago.

Truth: They certainly didn't help, but there are many other contributors, including the normal aging process, genetics, medications, smoking, a poor diet and diabetes. All of these destroy the hair cells in the inner ear — and it's the hair cells that send auditory signals to your brain. Once hair cells are damaged, they're damaged. There's no approved drug that will regrow them in humans, though researchers have been able to regenerate the cells in birds and mice.

Myth: If other people would just talk louder, you would hear just fine.

Truth: Hearing is like the body's biological microphone. If you've ever heard anyone speak into a microphone that's damaged, it might be plenty loud, but there's a level of distortion that makes it hard to understand. The goal of today's hearing aid technology is both to make sounds louder and to reduce background noise and extract the more important features of sound to clarify speech. Other technology can turn your hearing aid into a Bluetooth device; some options let you stream directly from your cellphone to your hearing aid, not just for calls but for music apps such as Pandora.

Myth: As long as you can hear some sound, it's OK to wait to get hearing aids.

Truth: The longer you wait, the harder your hearing loss will be to treat. That's because the auditory system in your brain isn't stimulated, and so the brain stops recognizing sound. That's why people with hearing loss who wait to get hearing aids sometimes find that they don't help as much. Fortunately, our brains can "relearn" to hear, thanks to neuroplasticity — the fairly recent finding that the brain can reprogram itself into very old age with the proper stimulation. Practically speaking, that means you have to teach your brain to hear again, by wearing the hearing aids regularly.

Myth: Hearing loss is annoying, but it doesn't really affect your health.

New research from Johns Hopkins University shows that hearing loss may increase your risk of developing dementia. The upside is that research also shows you can improve memory and mood by correcting the hearing loss. And a study that just came out in the journal Laryngoscope found that hearing aids can improve balance. Falling is such a big problem for older adults — and some scientists are now suggesting that hearing aids could be used to treat problems with balance. — As told to Gabrielle deGroot Redford