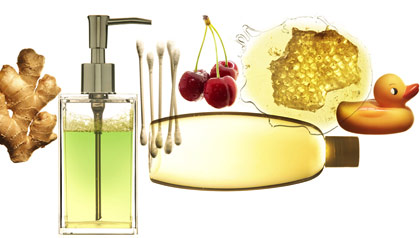 Some home health remedies have scientific proof they work.

En español | We spend billions every year on over-the-counter health remedies for everything from canker sores to aching muscles, but in some cases there's no need to shell out a lot of money to find relief. All you need to do is check your cupboards for some surprising home remedies.

Stay informed: Get news and resources from the Health Newsletter.

The 10 we picked are cheap, easy to find, and there's actual scientific proof that they work.

Because certain home remedies can interact with prescription medications, check with your doctor before trying something new.

Honey coats and soothes an irritated throat to help calm repeated coughing. "It is generally safe and can be used repeatedly as needed," Paul says. He recommends two teaspoons per dose, but advises older adults to make sure their cough is because of a cold and not a more serious condition that may not respond to honey.

Also, honey does have a high sugar content, "which may be inappropriate for older adults with diabetes."

2. Liquid dish soap. If you come into contact with poison ivy or poison oak, washing the affected area with liquid dish soap within two hours of contact may prevent you from getting an itching red rash. Arkansas dermatologist Adam Stibich wanted to see if liquid dish-washing soap, which is formulated to remove oil, would be a cost-effective way to get rid of the plant oil on poison ivy leaves that causes a rash when it gets on your skin.

Volunteer medical students rubbed poison ivy leaves on their forearms and then washed with dish-washing soap for 25 seconds before rinsing. The soap prevented a reaction in almost half the volunteers and reduced the inflammation in the rest by 56 percent.

In his study, Stibich used Dial dishwashing soap, but any brand will work.

Some studies have shown that taking one gram of ginger an hour before surgery can reduce nausea and vomiting during the first 24 hours after surgery.

In addition, a large National Cancer Institute-funded study found that people undergoing chemotherapy who take as little as one-quarter of a teaspoon of ginger daily for three days before chemo cut their nausea by 40 percent.

The study found that a small amount of fresh or powdered ginger worked better than a larger dose, and that ginger taken with anti-vomiting drugs worked better to control nausea than drugs alone.

For older adults prone to motion sickness, Suzanna Zick of the University of Michigan recommends eating one or two pieces of crystallized ginger, available in most supermarkets, before traveling. She cautions that ginger extract capsules are much stronger and may actually cause stomach upset. "Don't go above two grams of ginger," she advises.

4. Baby shampoo. A half-and-half solution of baby shampoo and warm water is a simple, effective way to clean eyelids that are itchy, red or crusty. The condition could be blepharitis, a common eye problem in older adults. It can cause scaling and crustiness along the base of the eyelashes.

Gently cleaning the eyelid with a baby shampoo wash helps get rid of oil and bacteria but won't sting your eyes.

Try diluting a little baby shampoo with an equal amount of water twice a day, then gently rubbing the mixture with clean fingertips on the closed eyelid and along the eyelashes for one minute. Rinse well with water.

Philip Hagen, M.D., medical editor of the Mayo Clinic Book of Home Remedies, cautions that baby shampoo should only be used on the lid, and never on the surface of the eye.

Next: Try this juice for your arthritis or gout pain. » 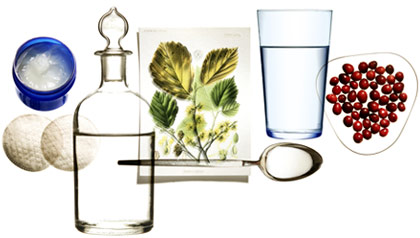 Home health remedies are as close as your cupboard and, in some cases, more effective than over-the-counter products.

5. Menthol rub. Applying mentholated ointments such as strong-smelling Vicks VapoRub has been shown to be a safe, cost-effective treatment for toenail fungus, often more effective than over-the-counter products.

A small study this year found that applying Vicks to the affected nails once daily helped 15 of 18 adults either cure or partially clear up their fungus.

Sally Stroud, professor of nursing at the Medical University of South Carolina, says Vicks is easy to apply and worth trying "before turning to more costly alternatives."

Stroud also suggests first wiping the affected nails with a cotton ball soaked in white vinegar, then applying the VapoRub.

Gout expert Naomi Schlesinger, M.D., says the juice seems to reduce the joint inflammation that gout causes. Schlesinger led a study that found patients who took a tablespoon of tart cherry juice concentrate twice a day for four months cut the frequency of their gout attacks in half.

Unlike its sweeter cousins, the Bing and black cherry, the tart cherry is bright red and higher in antioxidants.

7. Witch hazel. Witch hazel is derived from the leaves and twigs of a flowering shrub. For more than a century, the clear, refined extract has been used as an astringent to help tighten the skin and relieve inflammation.

It is the main ingredient in commercial hemorrhoid pads, used to relieve mild itching and irritation, but you can do the same at home with pads you moisten with witch hazel, according to Hagen. For even more relief, use chilled witch hazel.

8. Water. Daily gargling with plain tap water can help cut the number of colds and respiratory infections you get, as well as relieve symptoms if you're already sick.

A 2005 study of nearly 400 healthy volunteers ages 18 to 65 in Japan found that those who gargled three times a day with tap water had nearly 40 percent fewer respiratory infections during cold and flu season than did the control group. When the subjects did get sick, gargling reduced bronchial irritation, researchers reported.

Other studies also support gargling, whether with salt water or water with lemon and honey, as a safe, effective way to soothe and cleanse a sore throat.

Hagen says the salt in the water also draws out excess fluid from the throat's inflamed tissues, "and warm water may help cleanse them a bit better."

9. Milk of magnesia. Dabbing this milky liquid on canker sores — small ulcers that typically appear inside the mouth — can temporarily soothe their pain. "Milk of magnesia won't heal the sores, but it does give relief from the symptoms," Hagen says. Experts at the National Institutes of Health (NIH) suggest first dabbing the sore with a mixture of half water and half hydrogen peroxide, then dabbing on the milk of magnesia.

10. Cranberries. If you're prone to bladder infections, drinking cranberry juice daily won't cure them, but it can help prevent them, say the urologic disease experts at NIH.

Just be careful if you are taking blood-thinning medication like warfarin (Coumadin), Plavix or aspirin, warns Hagen: "Possible interactions between cranberry juice and warfarin may lead to bleeding."

Unlike antibiotics, which kill bacteria, cranberries keep bacteria from attaching to the bladder walls.