En español | Over the past 30 years the number of Americans diagnosed with diabetes has skyrocketed, from about 6 million in 1980 to almost 19 million today. As this problem spirals out of control, researchers are racing to find new treatments for this devastating disease. 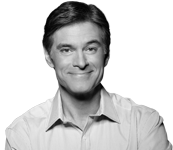 Recently, scientists at Newcastle University in England reported that a 600-calorie-a-day diet appeared to reverse type 2 diabetes in a small group of patients who had diabetes for less than four years. Seven patients out of 10 were still diabetes-free three months after they stopped the extreme eight-week diet, which consisted of meal-replacement drinks and three daily servings of non-starchy vegetables.

On the surgical front, a weight-loss surgery known as a Roux-en-Y gastric bypass has proven surprisingly effective at reversing type 2 diabetes: 80 percent of patients undergoing this surgery — which involves creating a pouch in the upper part of the stomach and attaching it farther down the small intestine — experience dramatic remission of their diabetes. These results are seen just days after surgery and before much weight loss occurs.

More than 25 million Americans have diabetes. — Photo by Adam Voorhes

Diabetes by the Numbers

Such findings have led to a surge of research attempting to understand how gastric bypass affects the regulation of blood sugar. While it's unclear exactly how this works, most theories focus on the previously underappreciated role of the small intestine and stomach as endocrine, or hormone-releasing, organs. The Roux-en-Y gastric bypass in particular seems to alter specific hormones that help regulate the body's response to sugar.

Still, the last thing I would recommend is that people rely on extreme diets or radical stomach-rerouting surgeries to solve an often preventable problem. If your fasting blood glucose level is above 100, the time to act is now.

The Diabetes Prevention Program (DPP), a large multicenter research study, has shown that overweight people with pre-diabetes can reduce their risk for diabetes by 58 percent if they lose just 5 to 7 percent of their body weight. Most important is getting 150 minutes of physical exercise each week: Physical exertion helps muscle cells better use glucose and can lead to weight loss, which can help ward off diabetes.

Dr. Mehmet Oz is a cardio-thoracic surgeon and host of The Dr. Oz Show.