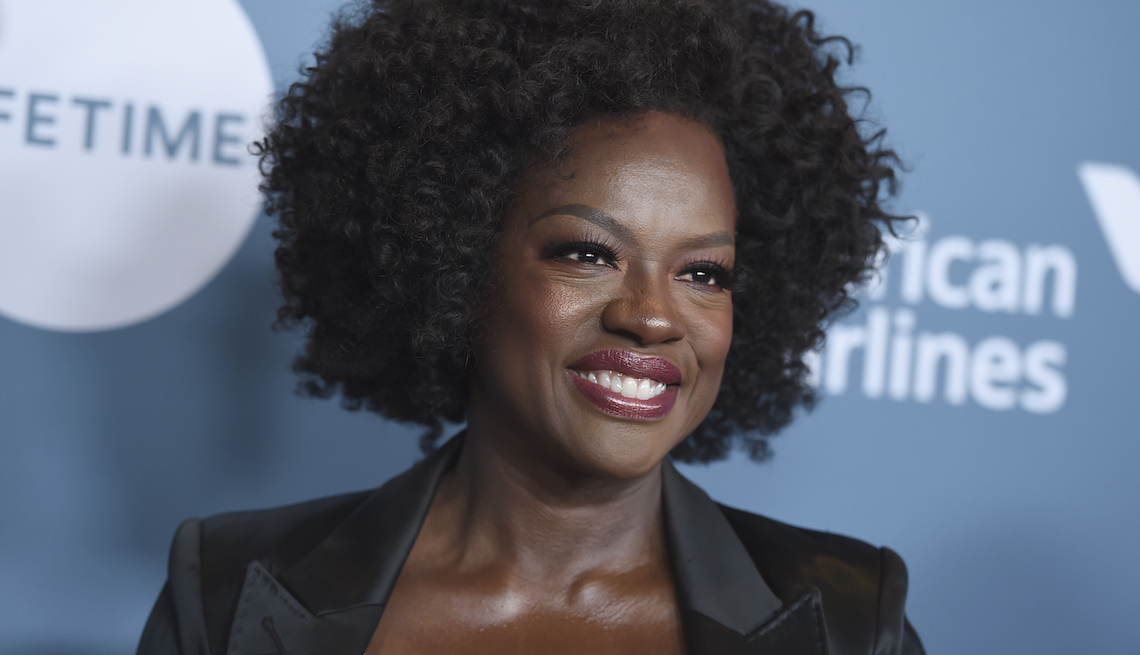 Viola Davis, 53 (Fences, How to Get Away with Murder), has an Oscar, an Emmy, a Tony, a Golden Globe — and, as she was shocked to discover, prediabetes. “Not many things scare me,” Davis tells AARP, “but that was one thing that did.”

Almost half of all Americans over age 64 have prediabetes, in which blood sugar levels are too high; though it's reversible, it can progress to Type 2 diabetes, in which blood sugar is even higher, and increases risk for heart disease and stroke. “I was diagnosed a couple years ago,” says Davis. “It just woke me up, because it has affected my family my entire life: my two sisters with Type 2 diabetes, my aunt, my grandmother. As far as I was concerned, I exercise, I ate right — I certainly didn't feel like I was in their category. I buckled down and said, ‘You know what? I need to educate myself, I need to change my lifestyle.'"

And now Davis is helping educate everyone by narrating director Ani Simon-Kennedy's new documentary A Touch of Sugar, made in collaboration with Merck and its America's Diabetes Challenge, and featuring interviews with patients, family members, doctors and advocates. “The crisis affects 30 million who are living with diabetes, and 84 million living with prediabetes,” says Davis. “I did not have any symptoms, but there can be any number of symptoms, anything from exhaustion to eyesight issues to any number of issues. There is a lot of stigma and mystery behind the disease, which is one of the reasons I decided to be involved with this film.”

One-third of Americans have prediabetes. “Whatever your economic status, young or old, it affects everyone,” says Davis. “That's why we need to hold each other up. It is prevalent in the African-American and Hispanic communities.” Davis's sister Diane was diagnosed with the illness about 32 years ago. “She was having fainting spells. My sister Deloris was diagnosed through pregnancy.” Davis says diet is part of the problem, and part of the solution. “Listen, I grew up with fried chicken and dumplings and rice — we never knew it could backfire and cause a debilitating disease. Now when I cook my collard greens, I cook it in chicken broth. We don't have to accept those food choices that have been given to us in the past. When you are armed with education in terms of food and exercise, you begin to understand how to manage this disease.”

The first step, says Davis, is to take control of your destiny. “You should never be fatalistic — hope springs eternal. Back in the day, when I grew up in the Singleton Plantation in South Carolina, people referred to diabetes as ‘the sugar,’ and you just sort of waited to be put in the back room waiting to pass on. My Aunt Betsy was confined to a wheelchair for more than a decade. She had that diabetes smell about her, she lost one leg, and you just sort of waited for it. No one did anything."

"That's not good enough,” Davis continues. “The right thing to do is to arm people with the understanding that this is a disease at crisis level, but something can be done about it as opposed to just letting it overtake you.” A Touch of Sugar shows how to fight the illness. “They profile different people affected by the disease, how they've managed it, what their journey has been like, what their obstacles are, and what they're doing now,” says Davis. “What this documentary is about is connection, what we can do for each other as a community."

For the Juilliard-trained actress whose films have grossed over $2.5 billion, healthiness is part of being a grownup. “In my 20s, I didn't care about my health,” she says, “but at 53, I realized there was certain work I had to do — it's necessary, and I feel empowered. I always feel different psychologically and physically when I take control of anything involving my health. I look into the eyes of my 8 1/2-year-old daughter, Genesis, and I want to see her graduate from college. That's what keeps me going."

More on the Viola Davis