En español | The best thing you can do to keep your brain in shape is get off the couch and head out the door for a brisk walk. Just one year of walking three times a week can increase the size of the hippocampus, a part of the brain that's key to memory. 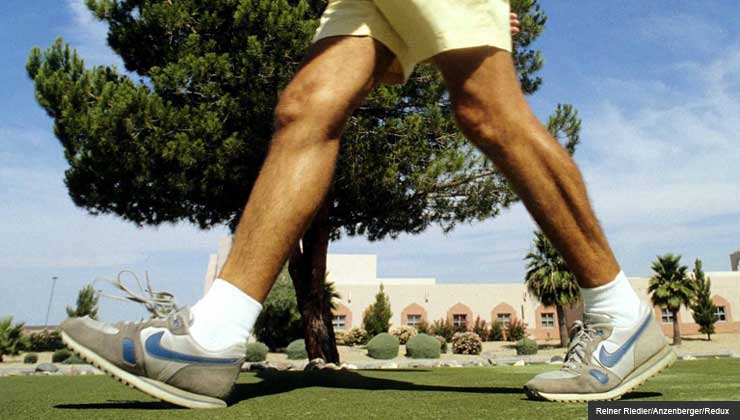 Regular exercise can increase the area of the brain that deals with memory.

Scientists know that the hippocampus inevitably begins to shrink as we age, leading to impaired memory and an increased risk of dementia. Now, for the first time, researchers have shown that aerobic exercise can reverse the shrinkage and improve memory, a finding that builds on past evidence pointing to a relationship between fitness and brain function.

"This important study goes well beyond saying that exercise is good for older people, a statement that often leads people to roll their eyes and say, 'Of course,' " says Columbia University neurologist Scott Small, M.D., who was not involved in the research. "It links exercise specifically to a way in which aging affects the brain and clearly establishes a means to ameliorate the onset of age-related memory decline."

The men and women, 55 to 80 years old, reported that in the previous six months they had participated in less than one weekly session of physical activity lasting at least 30 minutes. "These folks were pretty much professional couch potatoes," says psychologist Arthur Kramer, director of the Beckman Institute at the University of Illinois at Urbana-Champaign and the study's senior author.

The participants were randomly assigned to one of two supervised groups, either an aerobic exercise program of walking around a track for 40 minutes a day, three days a week, or a program of yoga and toning with resistance bands. They provided blood samples, had MRI brain scans and took memory tests at the beginning of the one-year study, after six months and at the end.

After the study ended, brain scans showed that the hippocampus had increased in size by about 2 percent among the walking group, which effectively reversed age-related loss by one to two years, while it shrank by about 1.4 percent in the stretching group. The exercise group also showed improved performance on a memory test and increased levels of BDNF, a protein involved in learning and memory.

Notes Kramer, "This is an inexpensive and painless way to improve memory and brain health. All you need is a good pair of shoes."

The aerobic exercise-memory study appeared in the Proceedings of the National Academy of Sciences, Jan. 31, 2010.

Get health news, fitness advice, brain games and more. Sign up for AARP's Health Newsletter. Do