En español | How often have you heard a funny joke, only to later forget the punch line? If your memory for jokes and other important information isn't as sharp as it used to be, stop doubting yourself and start quizzing yourself instead.

Testing yourself on information you are trying to remember — whether it's a punch line, the name of a person you just met or the request your boss made — is one of the best ways to make sure that information sticks, research shows. In a recent study comparing different strategies for studying for a short science test, college students did best when their studying involved taking practice tests on the material, the researchers reported Jan. 20 in the journal Science.

Answering test questions requires retrieving information from memory, and that is more useful than merely reviewing the material, report psychologist Jeffrey Karpicke and Janell Blunt of Purdue University. Good test questions require students to reconstruct what they know, which itself enhances learning, the team reports.

Despite the popularity of playing "brain games" to build mental muscle, games tend to strengthen only the specific skills used in that particular game, recent studies have found. Testing yourself, on the other hand, will help you remember information longer, according to Henry Roediger III of Washington University and Andrew Butler of Duke University, in an article in the Jan. 15 issue of Trends in Cognitive Science. Experiments have shown that taking a test can more than triple a person's recall, relative to only studying the material, they write. 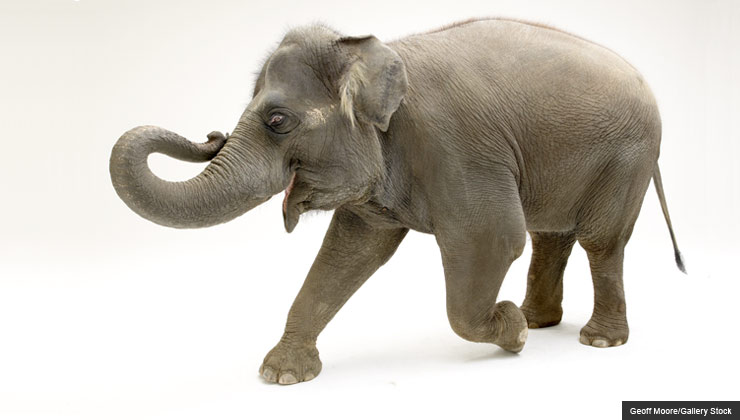 The how-to of self-testing

Testing works equally well if someone tests you or you test yourself. Here's how it works: Before you go into a party (or any event) where you will be introduced to new people whose names you want to remember, remind yourself to test yourself. Then when you first meet someone, use that old trick of saying the person's name right away — even if it's just "nice to meet you, Sam." After a minute or so, say the name to yourself. Repeat as needed, gradually increasing the time between self-quizzes to up to about 10 minutes.

"You want to wait long enough that it's difficult to retrieve it, but while you can still get at it," says David Balota of Washington University. "The best procedure is to learn what works with your memory."

If you are reading something that you really want to remember, don't bother rereading it numerous times, says David Gallo of the University of Chicago. Instead, read it once, then re-quiz yourself. Consider making flash cards, a time-honored self-testing technique.

At least some memory experts practice what they preach when it comes to self-testing. To improve her French, Katherine Rawson uses flash cards, following two principles:

1. The number of days you practice is more important than the amount of practice on any given day.
2. Put aside words you remember incorrectly to practice in a few days.

But self-testing and other memory cues aren't going to solve all your memory problems, says John Dunlosky. Plus they take effort. So when in doubt, write it down. Or use a computer. Dunlosky says his challenge is remembering his new undergraduate research assistants' names. He tests himself using their online photos and then later in the day retests himself on the names he got wrong, he says. "A day or two of that exercise, and I have everyone's name down easily!"

It also helps to talk about what you are trying to remember. At a party, you and your spouse or friend can check in with each other and review names of people you just met. Or if you and your spouse like to read aloud to each other interesting snippets from the newspaper, next time just put the information in your own words. Then double-check to make sure you got all the facts straight. As you get older, doing an accuracy check is key, researchers say. Because of age-related changes in the brain, older people are less likely than younger people to recall details, which makes them more susceptible to remembering incorrectly, says Gallo.

Testing and retesting yourself helps because of the memory cues we form when trying to remember information, a study in the Oct. 15, 2010, issue of Science shows. When you test yourself repeatedly, you are more likely to remember your memory cues and they are more likely to trigger your memory, researchers report. Also, successfully recalling those cues may make them easier to remember over time. Finally, getting something wrong on a test may force the brain to shift to a more effective cue.

In the study, researchers asked college students to memorize pairs of words in Swahili and English. The researchers encouraged all the students to think of memory cues, which in this case were words that looked or sounded like the Swahili word but meant something similar to the English word. A hint for the pair "wingu-cloud" could be "wing," for example.

On a final exam one week later, students who had been assigned to take practice tests on the word pairings scored better than those who had only restudied the pairs, Katherine Rawson of Kent State University and Mary Pyc of Washington University report. Rawson says their findings apply to older people as well. The importance of these cues is good news for older people, because research shows that aging doesn't impair a person's ability to use them, says Rawson.

Tina Adler is a freelance writer who covers health, science and the environment.