How (and Why) John Larroquette Landed Back in ‘Night Court’

As the classic sitcom reboots this month, its famed bad-boy lawyer shares what it’s like behind the scenes – this time at 75 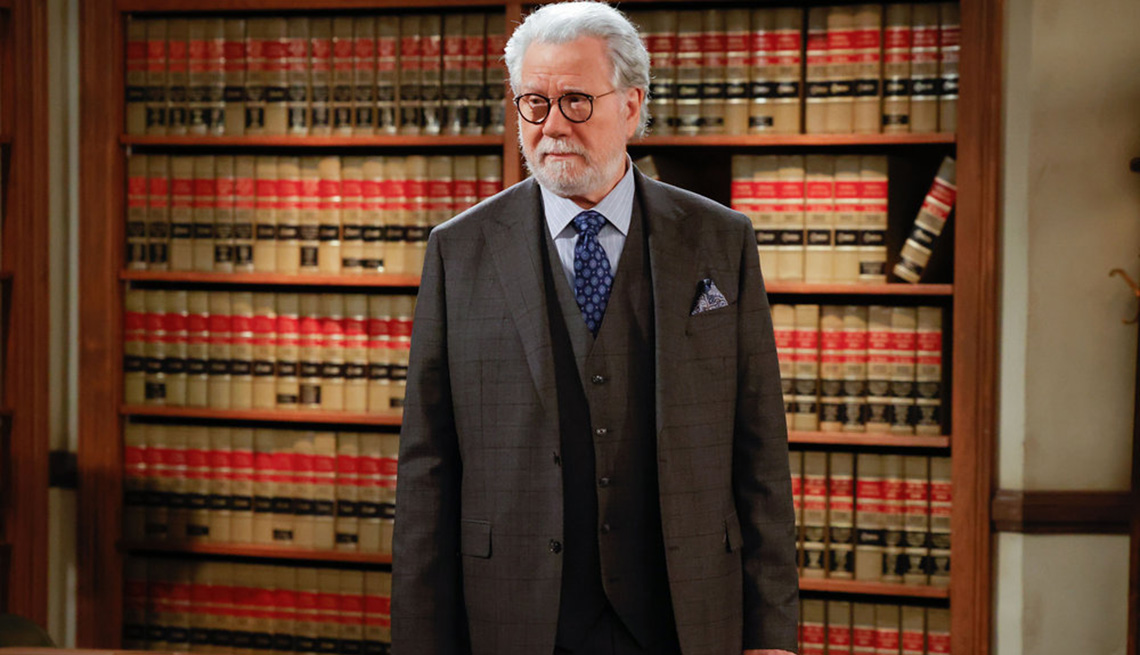 John Larroquette, 75, costarred in Bill Murray’s 1981 Stripes, created the excellent addiction-themed comedy The John Larroquette Show (1993-96, with David Crosby as a guest actor), won his fifth Emmy on The Practice (1997), earned a 2011 Tony Award for Broadway’s How to Succeed in Business Without Really Trying, and narrated four Texas Chainsaw Massacre movies — for the historic first one, he was paid with a matchbox of marijuana. Now he’s reviving his most famous role, Dan Fielding on Night Court (1984-92, and new on NBC, Tuesdays at 8 p.m. ET). It’s produced by The Big Bang Theory star Melissa Rauch, who plays Judge Abby Stone — the daughter of the original Judge Harry Stone (played by the late Harry Anderson).

Larroquette talks to AARP about what it’s like to fit himself into his old attorney’s suit. 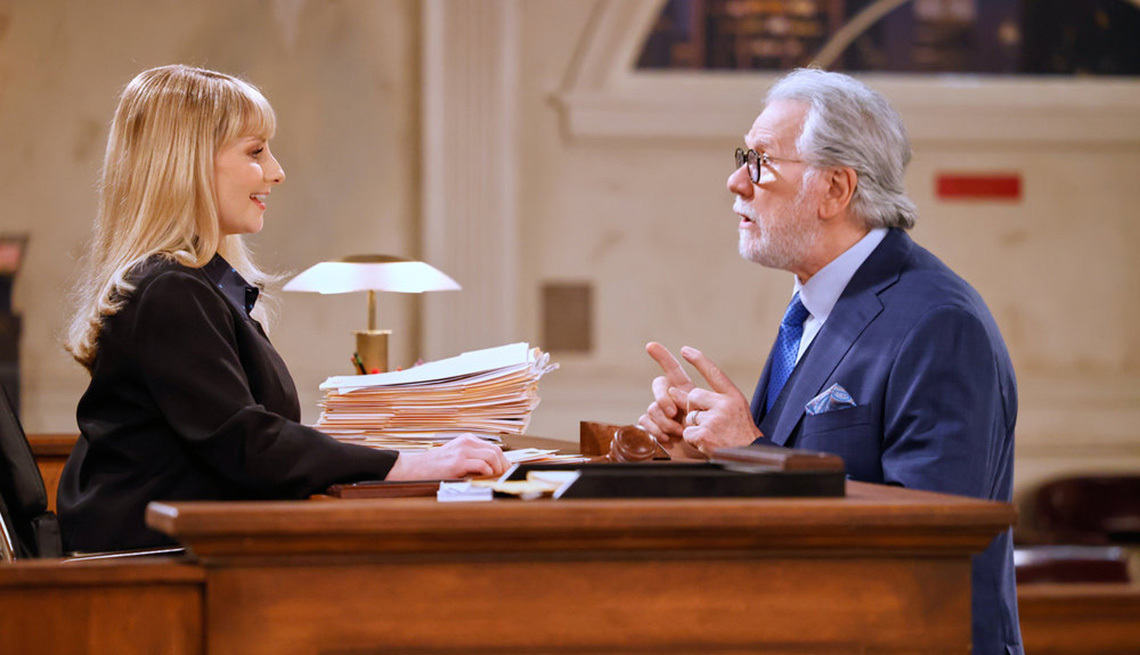 He’s 35 years older. He still thinks he's the smartest person in the room. But his heart has grown cold over the years, and Abby [Rauch] has the ability to put a small campfire under it and warm him up somewhat. And because she is Harry Stone’s daughter, he feels obligated to try and help her navigate the shoals of being at work at 2 in the morning in the middle of Manhattan.

He is older, not quite as insecure, not as much a misanthrope. He thinks most of humanity is a small waste of space, as opposed to a huge waste of space. And wants to help the ones who aren't.

To have a character as libidinous as he was back then just wouldn’t work. Society has changed, what we think is funny has changed. You have to present a different kind of comedy today. 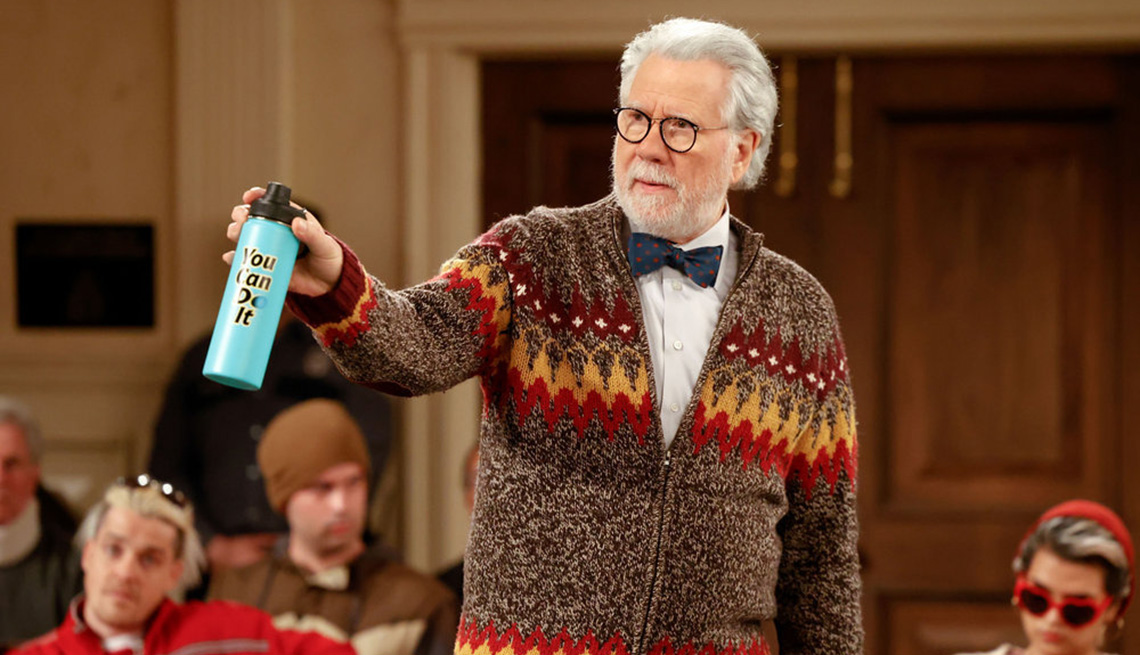 The new Night Court received 80 percent positive reviews from critics. Do fans still remember you from the old show?

It's very rare to reprise a character after so many decades. How does it feel?

It was both interesting and frightening to do a character one did a lifetime ago. The physical comedy I easily was able to accomplish in the ’80s I can't approach now without an ambulance standing by. I can't jump over railings or tie myself in a pretzel. But the idea was intriguing — how this person has changed.

And how have you changed?

When I was 35 I probably couldn’t have done King Lear and now certainly I can't do Hamlet. So it all changes. It moves with you. 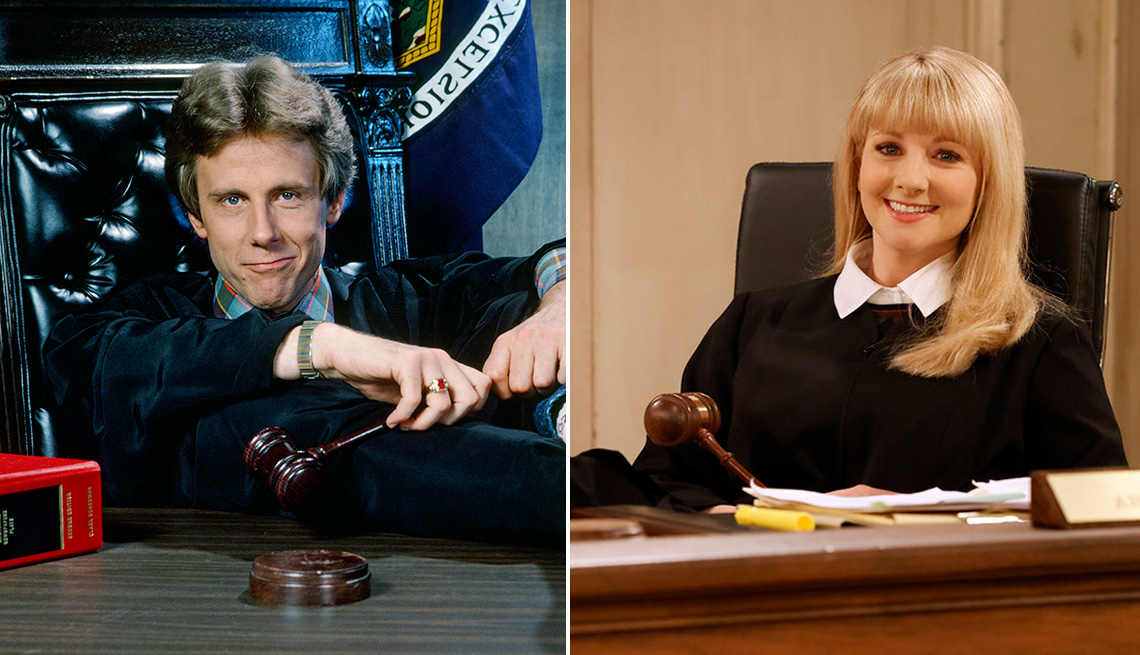 How does the original Judge Stone compare with the new one?

Harry’s Judge Stone, regardless of pulling hamsters out of his pocket or making red noses appear on all of us in the courtroom, always took the job seriously. Even though there were a lot of high jinks, you always got to the heart of the case, and cared about the people involved. And even though Abby’s not the most by-the-book judge, she takes the job seriously too.

When COVID shut down your last hit series, The Good Fight, you almost retired to your rural spread 30 miles from Portland, Oregon, right?

I did tell everybody who represents me that I’d be happy to do something on or off Broadway again. But for on-screen roles, the road gets narrower — not as narrow as for a lady actor as she gets older, but for men as well. There are only so many cantankerous neighbor parts, and I wasn’t happy with that. I live in a beautiful place and enjoy being on my tractor. Then this goddamn Melissa Rauch pried me off my John Deere tractor back to L.A. I’ve been eminently fortunate in my life as an actor. No complaints here! And this is maybe a nice way to cap it off. 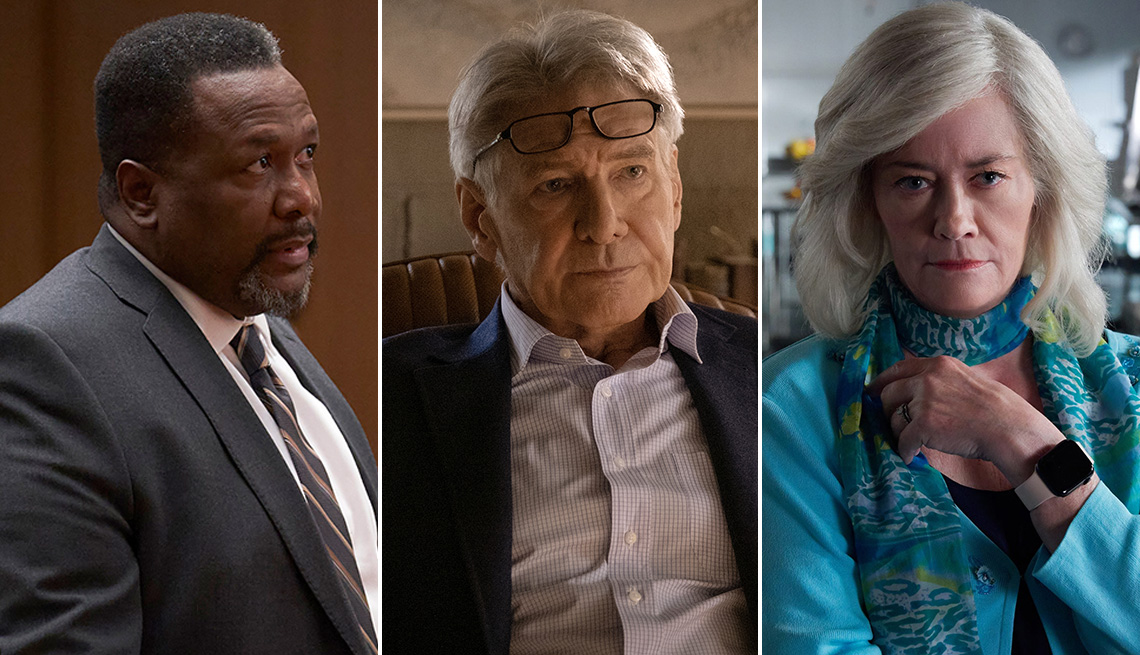 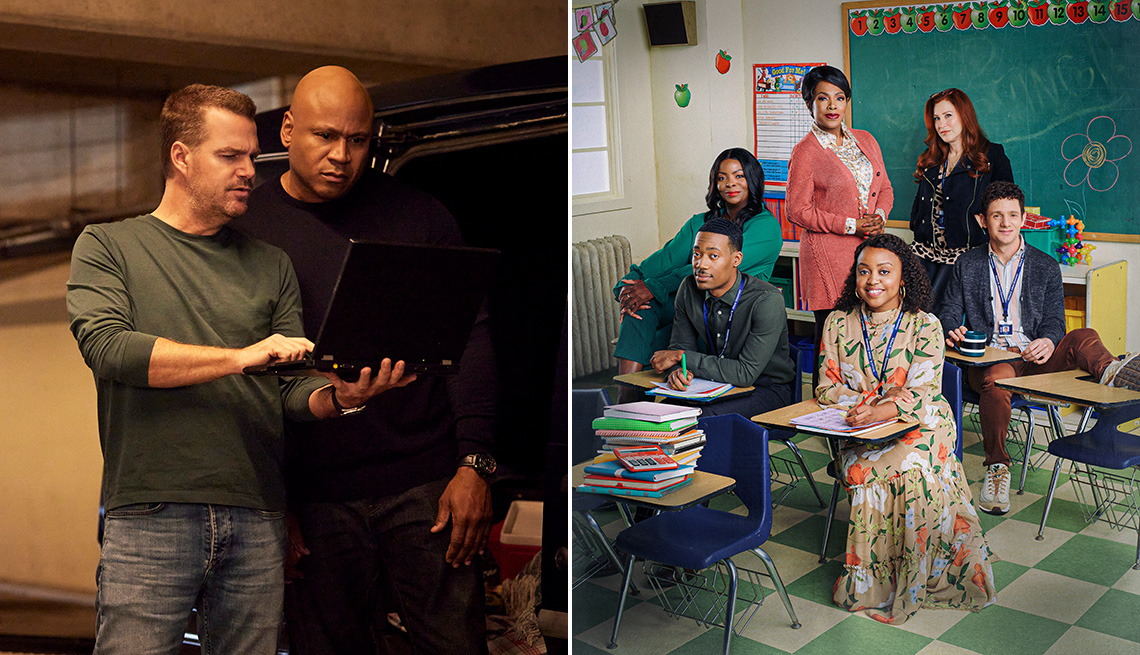 ‘Ghosts,’ ‘NCIS’ and ‘Night Court’ prove streaming doesn’t have all the fun! 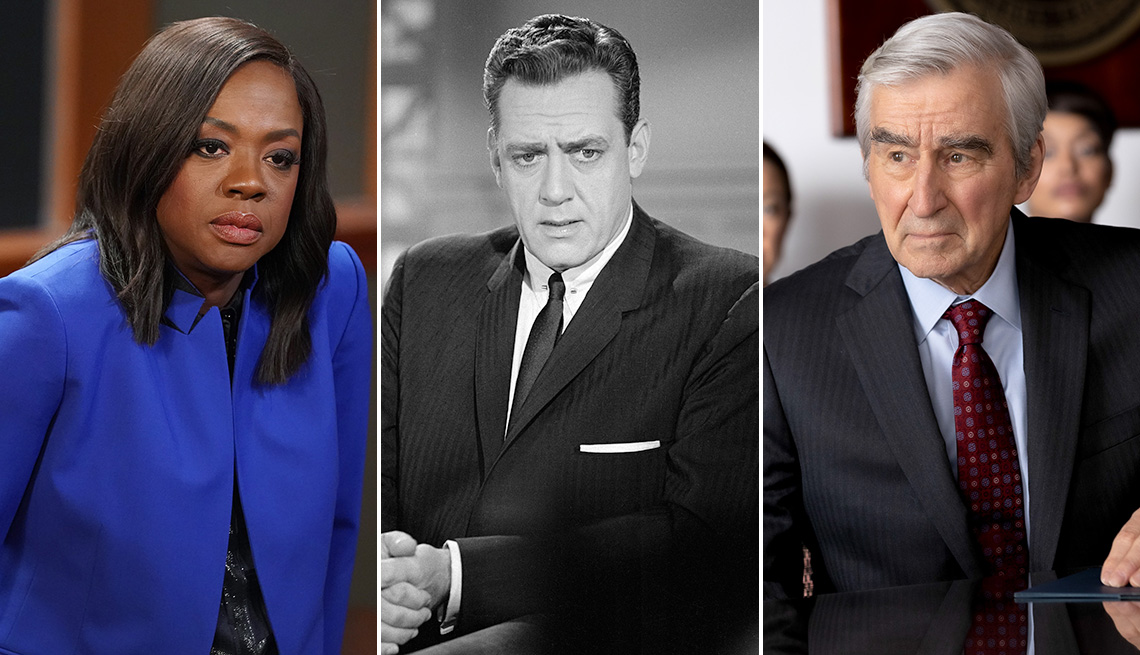 The Best TV Legal Dramas of All Time

See the best episodes of shows from ‘Perry Mason’ to ‘Goliath’