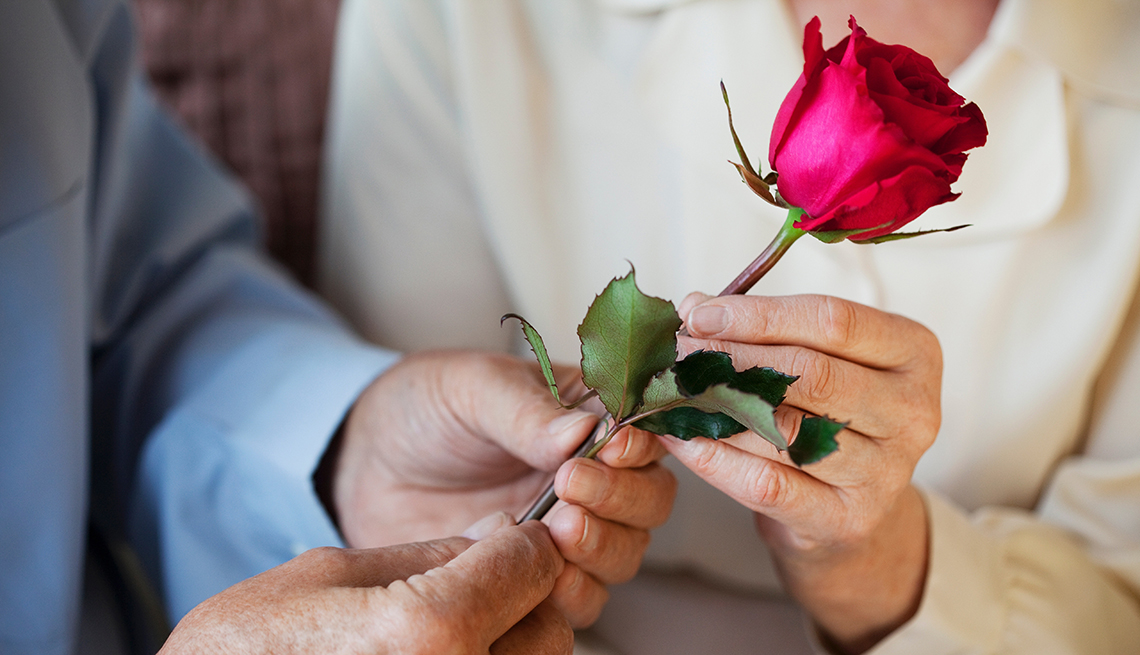 En español | There's a new, not-yet-titled dating show for “seniors” coming from the people who make ABC's The Bachelor, and after reviewing their promotion and application materials, we've got some advice. For starters, don't call us “seniors."

"People in their 60s and beyond are so over the tired cliches that popular culture and the creative industry can't seem to shed,” said Barbara Shipley, senior vice president, Brand, at AARP. “But 80 percent of people over 50 say that marketers make assumptions about their lifestyle based on stereotypes that are limiting or even insulting. Everyone ages — if we're lucky — so it's time to get the aging story right.”

Don't get us wrong — we applaud a dating show aimed at bringing together people 65 and older. According to a 2017 Stanford study, a single, straight woman has a 50 percent chance of at least one date with a new person per year at 20; a 20 percent chance at 40; and a 5 percent chance at 65. Divorce rates for men and women over 50 doubled from 1990 to 2015, according to the National Center for Health Statistics, and tripled among those over 65. And as of 2015, 37 percent of boomers were single. So there's plenty of dating demand out there. But we've got experience at addressing people who are 50 and older, so we have a suggestion or two, or three.

First, take us seriously on the “seniors” thing. That label conjures up images of Clara Peller in the 1981 “Where's the Beef?” commercial. Today, single people who are 65 and up — say, Susan Sarandon, 73, or Liam Neeson, 67 — might be called “older,” or “mature” or, one of our favorites, “grown up.”

One more thing: Please don't patronize. After this week's episode of The Bachelor, on which viewers first saw a casting notice for the 65-plus show, Rob Mills, head of reality shows at ABC, posted a photo of the announcement on Twitter, writing, “Give us your Grumpiest Old Men, give us your Goldenest Girls."

That suggests the show desires Walter Matthau types (from the movie Grumpy Old Men) dating Golden Girls-like Estelle Getty types (though we do acknowledge Rue McClanahan's Golden Girl Blanche would be all over the application.)

As for the application. It's 69 questions long. Among other pieces of private information, contestants need to come clean about their tattoos, and precisely where they are located, how many marriages are behind them and “why you are no longer together” and whether they earn over $70,000.

Also, we think it's fine that you tell contestants to share a photo. But then you ask for a second and a third and — five photos in all. By the fifth time, some potential applicants might actually start feeling grumpy.

Last, because you haven't decided on a title for the series yet, may we suggest one? The Bachelor: This Time It's for Grownups — and We Play for Keeps.