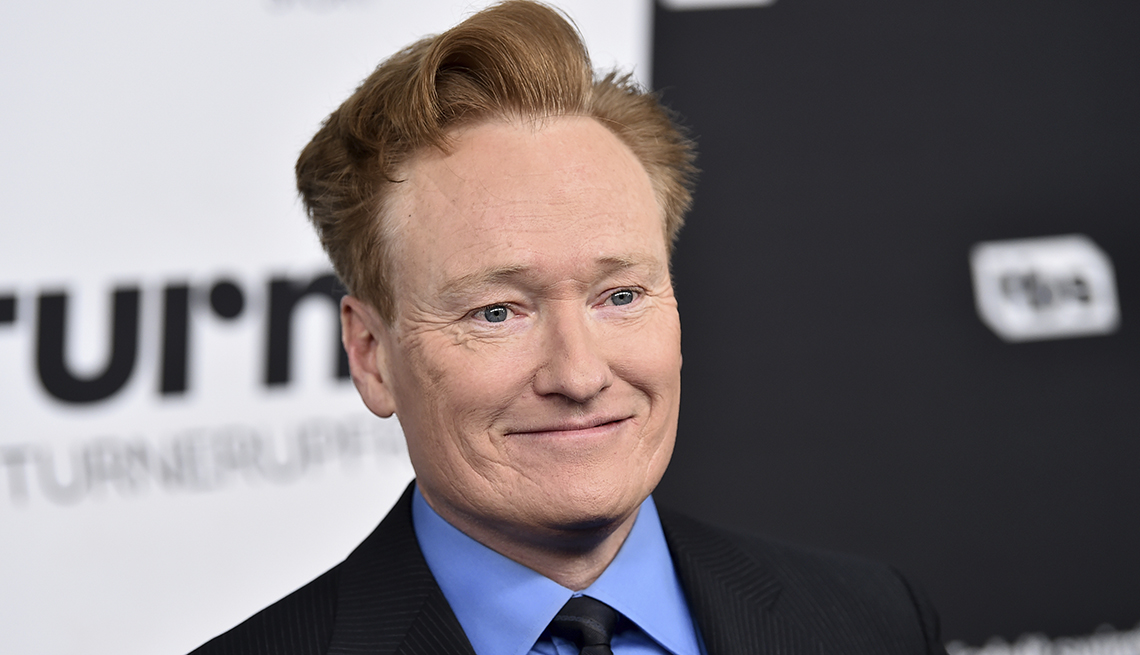 The host of Conan returned to TBS Jan. 22 with a new, shorter show. How is it? Mixed.

At age 55, Conan O’Brien is now late-night television’s most senior host, presiding over the longest-running talk show — it’s a quarter of a century old. This is hard to believe — Conan will always be, to me, the carrot-topped upstart whom producer Lorne Michaels tapped to make Johnny Carson and David Letterman look like old fogeys when O’Brien was made host of NBC’s Late Night in 1993. Nowadays, you notice the crow's-feet around Conan’s tiny eyes when the camera zooms in for a close-up, but he’s still an incorrigible rascal. His latest move was to pull a disappearing act, self-yanking his TBS talk show off the air for three months, only to return with a reworked production that’s half the size of the old one.

The new Conan (airing on TBS weeknights at 11 p.m. ET) is 30 minutes long and has no desk for Conan to sit behind and no house band to for him to dance to. O’Brien’s idea is to streamline everything while retaining what’s essential, and thank heaven that includes his endlessly clever sidekick Andy Richter, 52. But O’Brien has looked around at the way late-night has evolved, at how political shows like The Daily Show with Trevor Noah and Samantha Bee’s Full Frontal are brief and blunt and draw more viewers than Conan’s hour-long show did. Noah had 750,000 viewers last November, Conan 320,000 (and late-night king Stephen Colbert 3,490,000).

Conan has never had much use for politics — indeed, he’s the least political late-night host since Tom Snyder. But he’s young enough to know that much of his core audience doesn’t care about the old-school talk show model, and that lots of his viewers spend more time online. And so Conan is branching out. During his show’s time-out, he launched a podcast, Conan O’Brien Needs a Friend. His TeamCoco.com site includes clips from the new show, podcasts with Adam Sandler and Marc Maron, and original content like his popular on-the-road videos. Conan aims to expand his viewership online, and has noted that the YouTube and Facebook audience for comic James Veitch’s clip from Conan was watched by over 70 million, comparable to the Beatles’ audience on Ed Sullivan.

So how’s it all working out for Conan? Well, on his first night back, he strolled out in a short bolero jacket, patterned shirt and dark tie — he said the look he was going for was “hip biology teacher”: Mission accomplished. He told a few jokes to the screaming audience, and then he and Andy sat down in comfy easy chairs. Conan introduced a sketch in which he and Richter parodied NBC’s This Is Us. (It was very lame.) And then he brought out his sole guest, Tom Hanks, 62, and asked him if he’s always such a nice guy. In other words, this wasn’t all that different from any other talk show — it was just more sleek.

On the second night, he wore a short jean jacket and his sole guest was the cast of NBC’s The Good Place minus the star, Ted Danson, 71. The five cast members surrounded Conan onstage, and with a scant 10 minutes or so to work with, Conan dutifully doled out one question to each actor, to give them equal time. It all felt, well, dutiful — a grind to get through.

Conan may have altered his late-night show, but he’s a man caught in the middle: young enough to want to try new things, but old enough to take comfort in what’s worked for decades. Even though he’s been at this game for 25 years, he now seems unsure of how to make it all work.