Jean Smart Is on Top of Her Game

From 'Designing Women' to 'Hacks,' the actress reveals her favorite roles 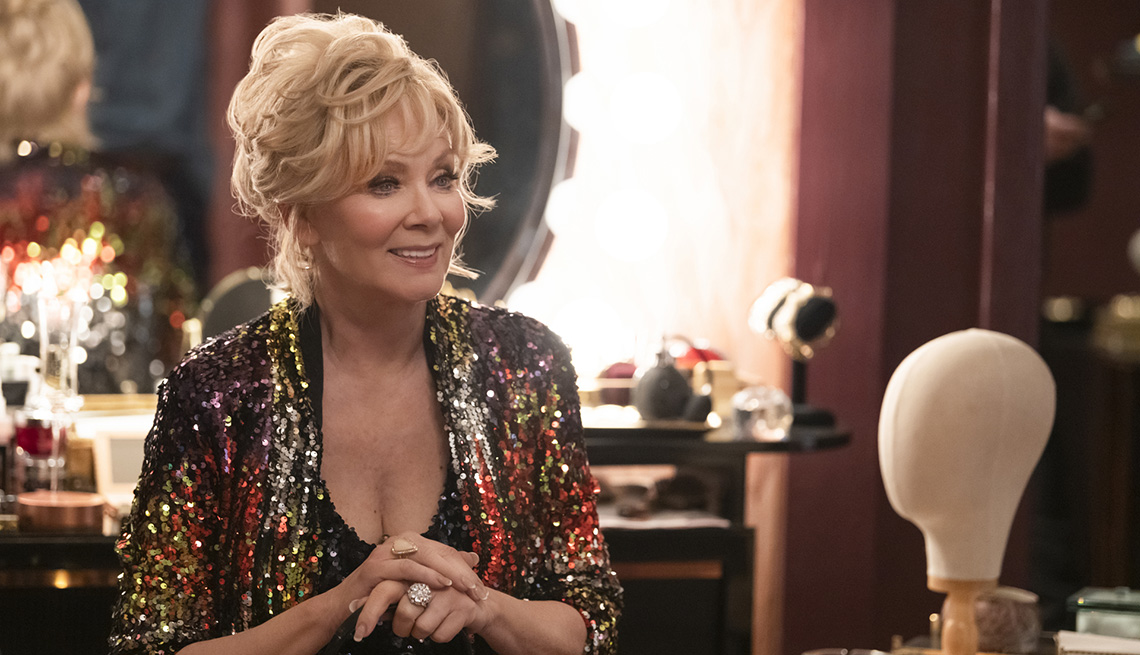 Jean Smart is living her childhood dream. Thanks to her new HBO Max series, Hacks [May 13], the Emmy award–winning actress gets to play a stand-up comic, a job she's dreamed of since she was a middle-school-age fan of the incomparable Phyllis Diller. “You had no way of knowing, but you've checked off one of my fantasies,” Smart told the show's producers after landing the role. In a recent conversation with AARP, she shares her secrets about feeling sexy and getting the best roles of her life in her 60s.

What it's like to play an egotistical — and aging — stand-up comic? 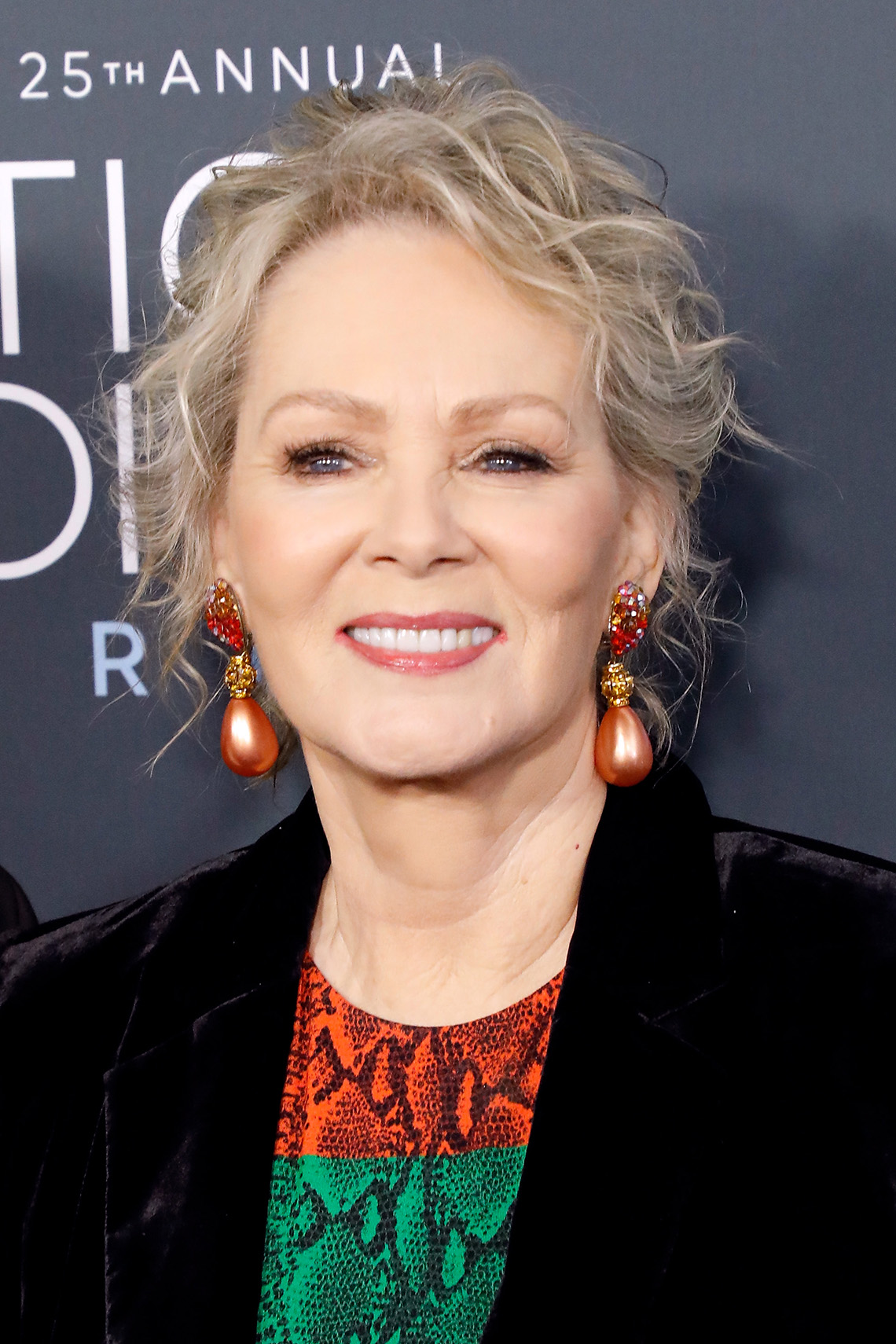 Biggest surprise: On Season 10 of the television show Who Do You Think You Are?, Smart discovered she is a direct descendant of Dorcas Hoar, one of the last women convicted of witchcraft during the Salem witch trials.

I usually have a lot of confidence, but I could never say or do the things that [my character] Deborah does. I certainly couldn't have treated anybody the way she does. Don't get me wrong, it's great fun to play, but she's just awful. Plus, I'm much duller than that. I was always the goody two-shoes growing up, the peacemaker in the family. I'm the middle child; that's why I became an actor — the middle child, you don't get enough attention [so you're acting out], “Hey, look at me, look at me, love me.” Never a rebel. I probably should have been. Now it's too late; it would just be embarrassing.

Meanwhile, over in Easttown…

Working with Kate Winslet [on HBO's drama minisieries Mare of Easttown], that was a treat. That was one, if not the biggest, draw of doing the miniseries. She was everything I could hope for and more.

On getting better roles in her 60s

I guess it's the reward for just sticking around the longest! Actors will make themselves crazy trying to figure out how they're perceived or why they are seen a certain way or not. I don't feel like I'm any better now than I was when I was 20, but certainly the opportunities I'm being given the last 20 years have become more and more gratifying and challenging. It's a sweet spot in my life compared to what culturally is going on. I'm not going to question it.

Her secret to conquering quarantine

I'm actually very good at sitting around doing absolutely nothing. I can flip through magazines and go to the garage sales and be happy as a clam. But at the same time, when I'm working I love it. And one does have to make a living.

On a selfish, personal level, I felt a great deal of peace [during quarantine] — just the simple joy of staying home, taking care of my family and my home, not traveling, not getting up at four in the morning. After a while it began to wear on everyone, obviously, and it became much more serious than we ever envisioned.

My [31-year-old] son, Connor, was actually, poor guy, looking for a new apartment right when quarantine started, so he just moved home. I'm so grateful my son is here in the house with his dad gone. [Smart's husband, actor Richard Gilliland, died March 18. One of his most well-known roles came on the 1980s CBS sitcom Designing Women, where the two actors met]. It's wonderful to have him here. I love having him around.

Knowing when a role is the right one

Sometimes it just hits you. I always try to put the money last. I realize that that is a luxury to do that, but even when I was younger and just kind of getting by, I never wanted to make a decision that I felt was important based on the money. 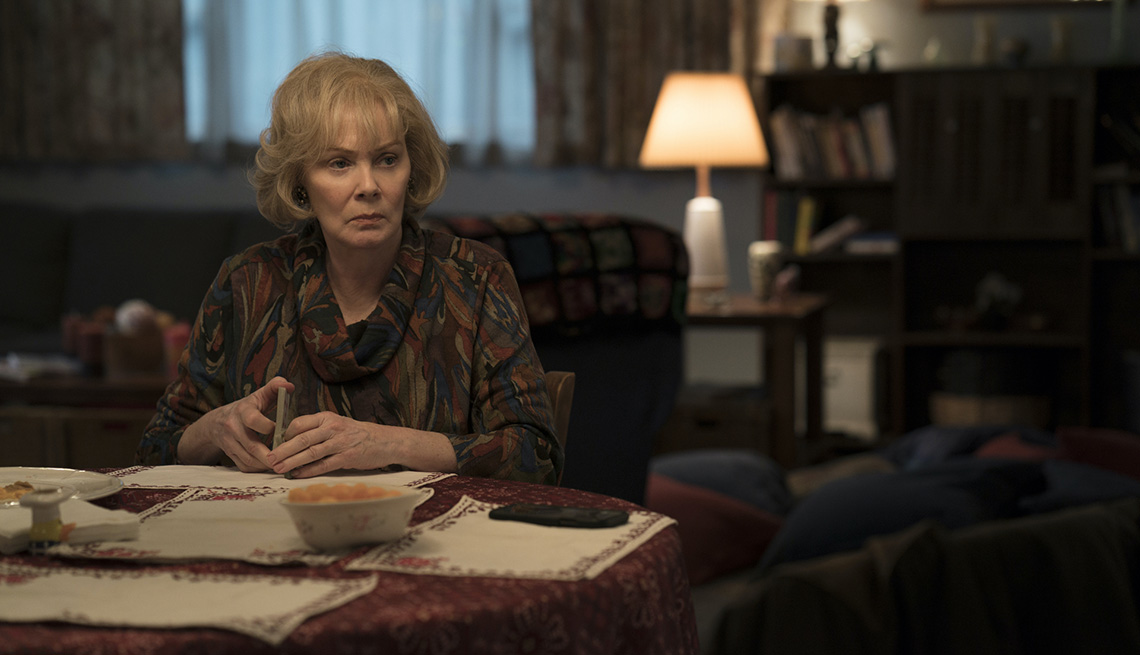 Advice to her 20-something self

I would tell myself to be a little more disciplined, not to rest on the fact that I thought I was talented. It's not about just that.

Playing Lil in 1980 in an off-Broadway play, Last Summer at Bluefish Cove. That started my whole career; that got me my first agent, my first Broadway play — everything. The recurring role on Frasier was one of my all-time favorites. And a very short-lived series I did [in 1995] called High Society, with Mary McDonnell. It was kind of an American Ab Fab. That was divinely fun.

I always thought Susan Heyward was the most gorgeous thing I ever saw in my life. I admire Sarah Paulson, Meryl Streep … I worked with Meryl very briefly [in 2012] on Hope Springs.

The secret to a happy life

Find a person to spend your life with who is a good person. That's what I wish for my kids more than anything — that they end up with a really wonderful partner. After that, if they find work that is really satisfying and that they really love, that is wonderful. I just think the secret is having really good people around you who care about you. And be a good person yourself.

What her mama told her

One of the very first things I remember her saying is, “Nice girls wear slips.” She'd be horrified right now. I haven't worn a slip in decades.

Feeling sexy in your 60s

I blame my darling late husband because he did the smartest thing a husband can do: He always made me feel attractive and sexy, and after 34 years of marriage, and that's no mean feat. 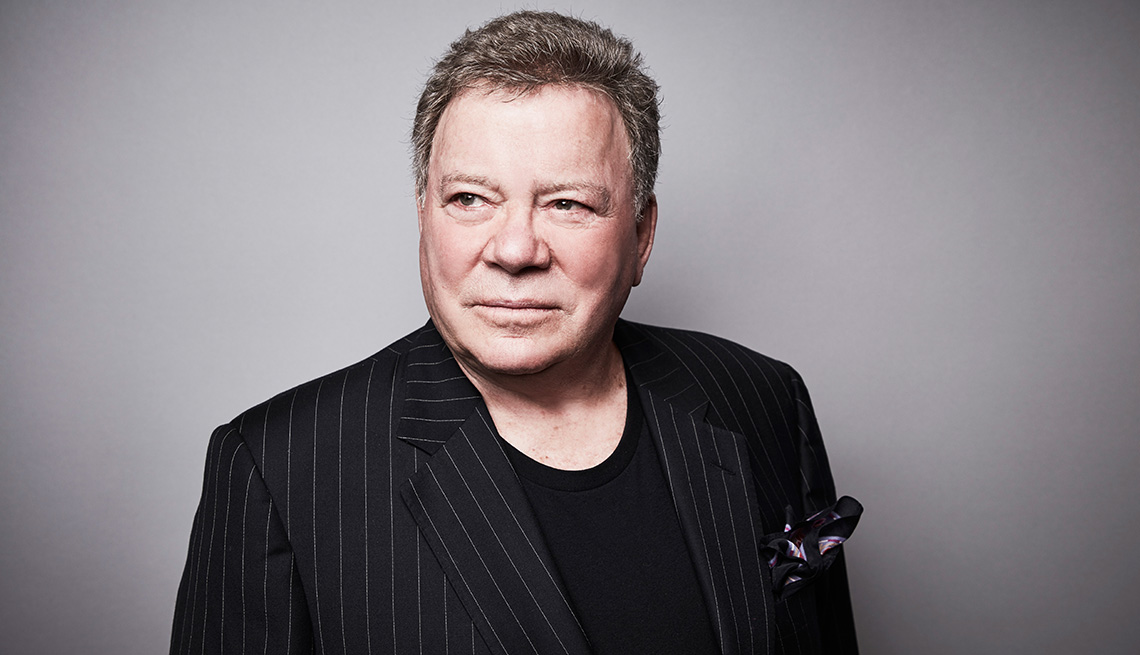 He talks about his new movie, 'Senior Moment,' and his sizzling career 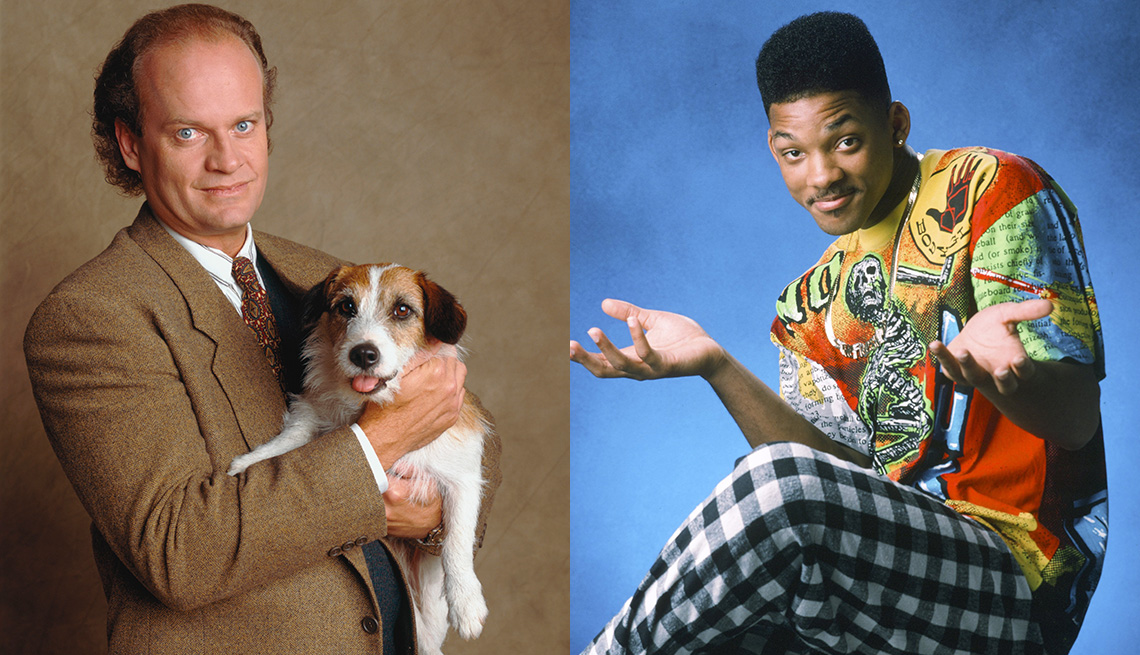 From 'Fresh Prince' to 'Frasier,' get excited for 12 popular series preparing to return 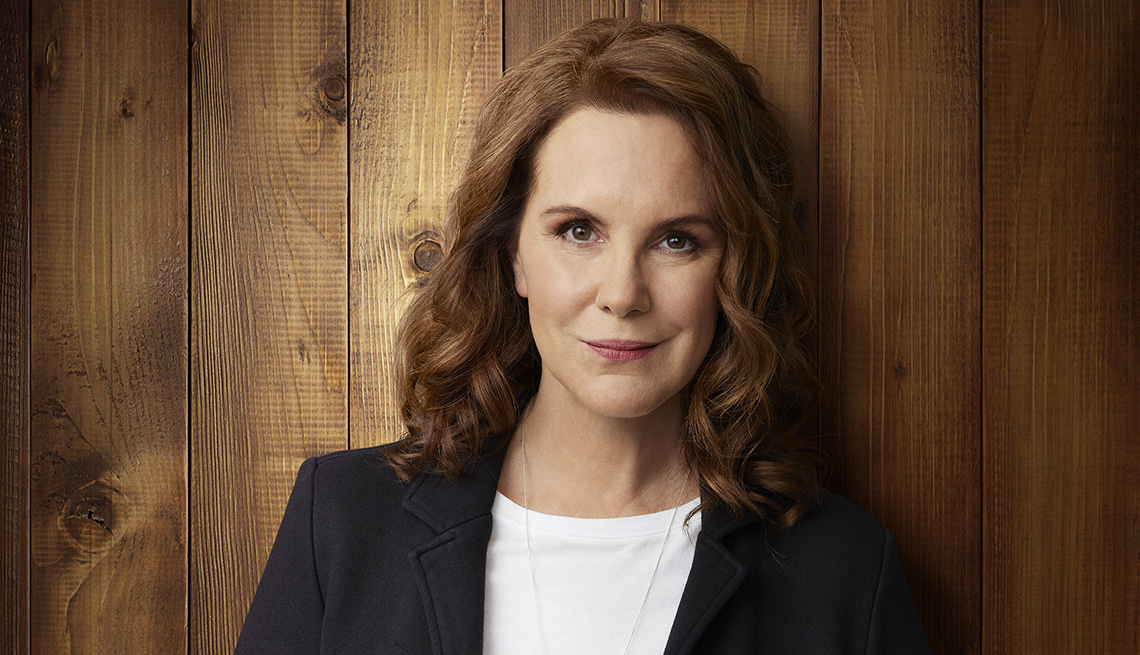