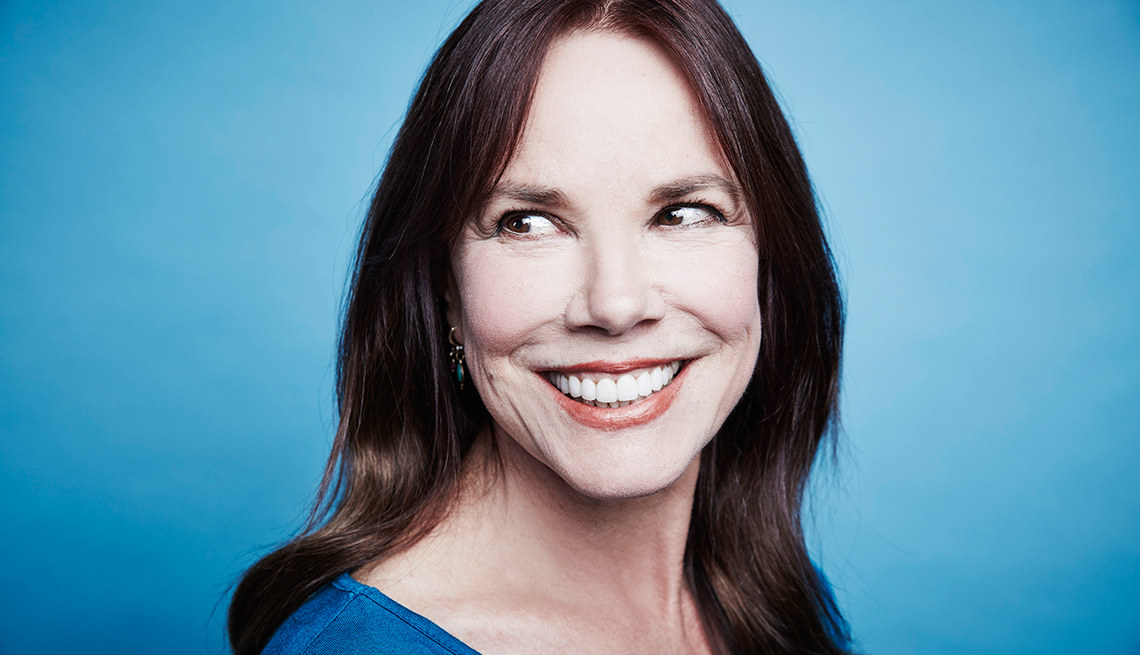 Attention, sci-fi fans, a familiar face from 1980s cinema is joining the cast of The X-Files this year: Barbara Hershey will portray Erika Price, a "powerful figure who represents a mysterious organization.”

“I like mysterious characters,” says Hershey, 68, who's enjoying the second big comeback in a career that’s been rather mysteriously organized. She was still at Hollywood High School in 1966 when she got her showbiz start as Sally Field’s pal Skip on Gidget. But after winning early fame in films like 1972’s Boxcar Bertha, by newcomer director Martin Scorsese, Hershey turned her back on conventional Hollywood, spurned an offer to present at the Oscars and focused on her private life as an idealistic hippie, which she unwisely publicized, damaging her image.

So even though her entirely wise no-sugar, whole-grains hippie diet kept her youthful, her career waned until she reached her late 30s, in the 1980s, when she scored iconic roles in The Natural, The Right Stuff, Hannah and Her Sisters and Beaches; became the first person in history to win Cannes Film Festival best-actress awards two years in a row; and earned an Emmy and a Golden Globe, plus an Oscar nomination for The Portrait of a Lady. (This time she showed up for the ceremony.)

Then came another lull. “If you’re an older actress, it’s much harder,” she says. Even so, she bounced back big-time as Natalie Portman’s mother in 2010’s Black Swan — a role that garnered her best-supporting-actress nominations from the Screen Actors Guild and the British Film Academy — and polished her scary persona in the horror film Insidious and A&E’s Damien, in which she played the world’s most powerful woman and the Antichrist’s mentor. 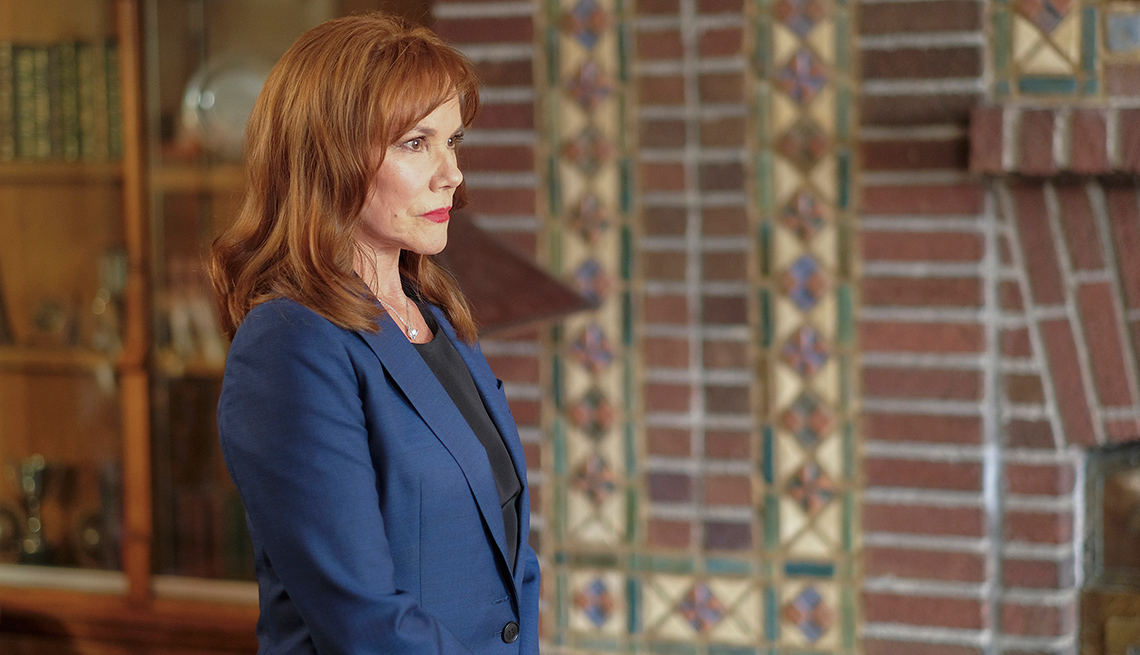 Barbara Hershey in the season premiere episode of "The X-Files" airing Jan. 3

And now, as Hershey joins The X-Files’ Scully (Gillian Anderson) and Mulder (David Duchovny), AARP seeks the truth about her character and her career.

In last season’s X-Files cliffhanger ending, Mulder is seriously under the weather, thanks to the Spartan Virus, which threatens to end humanity. The Cigarette Smoking Man [William B. Davis] is involved. But what the heck does your character, Erika Price, have to do with it all?

I’m only in three of the 10 2018 episodes, so there’s a lot going on I’m not privy to. But like many characters on X-Files, she has shadowy intentions and motivations. I mean, she could be working for the Cigarette Smoking Man. Or she could be working with people to kill Mulder. Or she could be trying to recruit him. That’s the fun in trying to figure out her motives. I like to show a lot of different sides of the character at once — nobody is just one thing. It’s fun for the audience, for sure, but also fun for an actor.

In the 1960s and ‘70s, you grew up on camera, starting out as a naive idealist, and gradually learned your trade. Hollywood tends to think talents lose value as time goes by. Do you really get worse as you do more work?

No, no — you get better! You draw from life; life is the teacher, and the more life you have under your belt, the more you have to draw from.

Many famous actors tell me they cringe at seeing their early work. Steve Martin hates how he yells his dialogue in his first film, The Jerk — he hadn’t learned the difference between acting for huge arenas and acting on camera. Others say they didn’t get good until they learned to get out of their own way, by ignoring their beginner’s fear.

That’s part of growing older; you’re not as reactive, you’re a little more reflective, and you know things will usually work out, so it doesn’t seem so dire. The more experienced you are, the more relaxed you are, and the more fun you have.

When you started out, you and Scorsese were young rebels storming the castle. Now you kind of own the castle.

Well, maybe he does.

But you had historically important influence on him — in 1972 you urged him to make a movie that would be way more serious than Boxcar Bertha, which was an only slightly subversive Roger Corman exploitation flick.

I got to know Marty, and he was very, very religious. One of my favorite books was The Last Temptation of Christ, so I told him, “You should read this and you should make a film of it.” He says I also said, “And I should play Mary Magdalene,” but I don’t remember that. I have to trust him on that one.

So 17 years after you assigned him the book as homework, you got the role and wound up with a Golden Globe nomination for best supporting actress and Scorsese his second Oscar nomination for directing. Somebody up there must like you. But did either of you learn anything between your first and second films together?

Everything adds up to who you are. You can only act what you’re capable of knowing, of being. If you want to play a variety of parts, you’ve got to be varied as a human being. If you grow, your art grows. It’s richer. It just gets better.

You have a gift for the uncanny, having played a psycho who shoots Robert Redford [The Natural], a nightmare mom from a scary fable [Black Swan, Once Upon a Time], a mother figure to the Antichrist [Damien] and the mother of a supernaturally troubled son [the $3.7 billion Insidious films, including the forthcoming The Last Key]. Are you getting weirder as well as better?