(Video) Sally Field’s advice: Breathe, and be grateful: Oscar-winning actress Sally Field gets candid about owning her age, the double standard for women in Hollywood and parenting by example in an interview for AARP the Magazine.

En español | For years, Sally Field lived in a rambling ranch house in the Malibu Hills, with a swimming pool and plenty of room for her three sons, her sick mother and a lifetime of accumulated stuff. But her kids flew the nest, and her mother passed away. So five years ago, Field sold that house and bought the one she lives in now. It's smaller, just two bedrooms and a guest room, hidden in the Pacific Palisades enclave of Los Angeles, with spare country-style furniture, vases full of realistic faux flowers and no pool — "I didn't want to take care of a pool," she says.

This is what Field's latest act looks like: a small space of her own, a schedule she sets and work she is excited about. Her new movie — Hello, My Name Is Doris — is about a woman who, coincidentally, is also finding a new life after being a caregiver for her mother.

When Field was taking care of her mother, Margaret, and working on the ABC drama Brothers and Sisters, the actress and her longtime friend, the TV director Tricia Brock, said they were going to buy apartments in New York and go to the theater together. Brock bought herself a place, and when Margaret died, Field bought one, too. "We see a show about once a week," Brock says. "Now Sally uses that time in New York to develop passion projects and work on things that are important to her."

Which is not to say that Field isn't still a caregiver in some capacity. At 69, she jets back and forth between her L.A. home and her West Village apartment, spending time in New York, then rushing back to see one of her five grandchildren in a recital or just to watch them while her kids go out. But for the first time in her adult life, it's strictly a part-time gig.

We drink tea as we talk. Field wears jeans and a plaid button-down shirt on her tiny teacup of a body — and sneakers, which she soon takes off to crisscross her legs on the chair.

Her mother had moved in with her reluctantly, after a cancer recurrence made it unsafe for her to live alone. Field wishes she hadn't had to insist on the move, but she still doesn't see what would have been a better option: "I really had to grapple with what is my responsibility and what is, 'This is your life, and I have to respect you for it.' "

Field keeping a sense of spring inside and out

But Margaret came around. During the six years the women lived together, Field says, they "had lots of laughing times," even as her mother did round after "grisly, savage" round of chemo, which reduced her to "this little sparrow of a person." Field wasn't so sure that chasing a cure was best for Margaret. Though she admired her mother's fighting spirit, she also wondered, "Isn't there a point when you say, 'Stop it,' and embrace life for what it is?"

Margaret died at age 89 in 2011, and enough time has passed for Field to settle into a new stage of life: one in which she is no one's primary caregiver and does not need help herself. And that has opened her up to a new kind of life and a new kind of thinking.

"In so many ways I feel like I'm new to myself," she explains. "I believe all of us, in every stage of our lives, are coming of age." 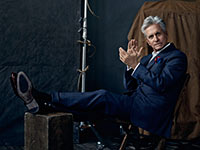 She married young and divorced young, and then married and divorced again. "Obviously, I'm not very good at marriage," she says. She recently read Gloria Steinem's new memoir, and something Steinem wrote rang true to Field. "She said, if you never really had a productive connection with the father or fathers in your life, you have a hard time recognizing what that connection is. I don't think I ever really understood what that connection is on a male and female level." She's close with her three sons: Peter Craig, 46; Eli Craig, 43; and Sam Greisman, 28. She has close male relationships, and she's had good romantic ones. She was famously involved with Burt Reynolds, who recently wrote in his memoir that he still pines for Field. In a 1986 interview with Playboy, she discussed her relationship with him, about how she'd take care of her kids and then see to Reynolds' needs. She decided she didn't want to do that anymore, and he couldn't handle that, so they broke up.

(Video) Hello, My Name Is Doris Movie Trailer: A self-help seminar inspires a 60-something woman to romantically pursue her younger co-worker.

Field focuses on passion projects and things that are important to her.

Field was born on the other side of the hill, in Pasadena, into a working-class showbiz family. Her mother was an actress with unstable work — an episode of Bonanza here, a Perry Mason there — and her father was an Army officer. 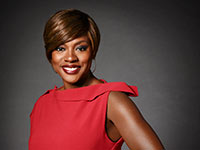 They divorced when Field was 4; her mother soon married a stuntman and actor who Field has said was emotionally abusive to her and her brother. (She also has a younger half-sister.) In the theater clubs in junior high and high school, Field learned her craft. Even before she graduated, she landed the TV show Gidget, and then The Flying Nun, but she wasn't happy on those sets, which were filled mainly with older people. She was lonely. There were a few folks her age, extras mostly. She was friendly with them, but it never really went anywhere. "I became aware of this whole caste system that was going on," Field says. "Some people would come up and talk to me, but they didn't really want to get to know me. It was all so strange, and all of it served to isolate me, and I was already not the most social human being."

But maybe romantic love isn't all there is. Field often feels now that she wasn't around enough for her children but that, at the time, she had no choice. She tells them about her guilt, and they don't want to hear about it; they think she did a great job. Even now, Brock says Field doesn't go out to dinner without keeping her phone on the table: She'll answer any call from any of her kids at any time.

America's sweetheart finds her professional and personal sweet spot after a 50-plus-year career.

And, of course, this is also the same woman who once said that the love of her life was her work. I ask her about that adage: that nobody ever says on their deathbed that they wished they'd worked more. She rolls her eyes and laughs one big cackle. "That's bull----. That's the person who didn't want to go to work. Work was just something they had to do because it was the means with which to make money. My work has never been that." Sure, she's taken the few jobs that were just money grabs. ("It hurt my soul" to do Beyond the Poseidon Adventure, she says.) And she never had any financial help from anyone, so those jobs were important. But more than that, her work has been the most gratifying part of her life, outside of her family.

That's why work has been a bummer lately. Not so many great films have been coming along for women in the first place, much less aging women. Though Field has won two Academy Awards — one for Norma Rae and one for Places in the Heart — she had to fight for her last meaty film role, as Mary Todd Lincoln in Steven Spielberg's 2012 Lincoln, because she was 20 years older than the woman she portrayed. (Field was nominated for another Oscar for her performance.) Most of the roles she is offered are far less challenging. "I'm in a place in my life where the stuff that comes to me is just so generic, and you're like, 'Oh-kay.' It's the mother with all the kids, and the story is really about all the kids, and the mother is just there." Back when she was on Brothers and Sisters, from 2006 to 2011, she saw real potential for her character, Nora, to change and grow, but the network kept resisting, she recalls.

It's a problem. "Maybe, maybe, once a year there will be a story with an older female character who has something to say, and the character is a three-dimensional character," Field says. She longs to play complex characters who are her own age. "I'm an aging actor, and my face and body — I have to be able to play what I am," she adds. "If I play a character who is attractive, I want to be attractive, but I'm also on my way to being 70, so my face is drooping and falling, and my body isn't what it was. Good Lord in heaven! It's all hanging out there in 'Doris.'"