If you were a kid who grew up in the '70s and '80s watching Saturday morning cartoons, the odds are pretty good that if you search your memory you may discover that you know at least as much about American civics and history as some of our current elected officials. We’re kidding, of course — or are we? — but it is true that many children of that era grew sneaky-smart about a variety of subjects thanks to the Schoolhouse Rock series of animated, musical, educational shorts that played on ABC between episodes of such fare as Hong Kong Phooey and Scooby-Doo. 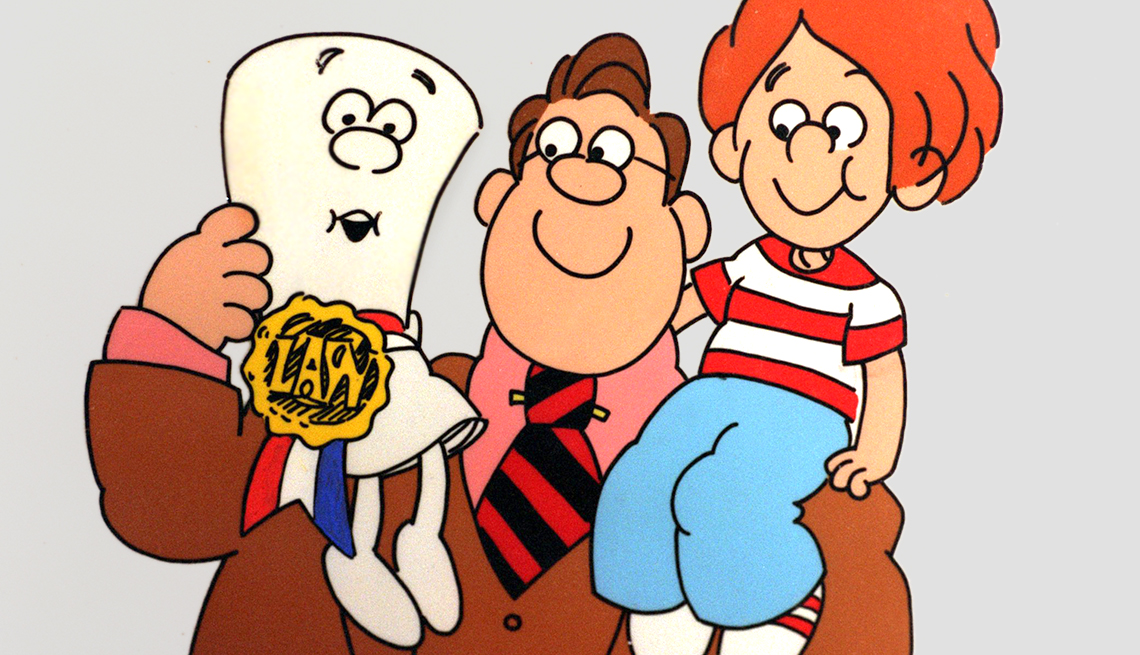 He's Just a Bill: The story of sadsack Bill slowly making his way through the legislative process is one of the best-loved "Schoolhouse Rock" shorts.

You remember, don’t you? Close your eyes and let the lyrics flow back to you:

Schoolhouse Rock, which premiered 45 years ago this month on Jan. 6, 1973, taught a generation of kids grammar, science, economics, math, history and civics during its initial 12-year run. Animated shorts such as “Three is the Magic Number” (the first Schoolhouse Rock segment ever aired), “Conjunction Junction” and “I’m Just a Bill” were viral videos before there was such a thing. And the series, which was the brainchild of Madison Avenue adman David McCall, who enlisted a bevy of songwriters to craft catchy educational ditties for the shorts, became a pop culture touchstone. It inspired a memorable Saturday Night Live skit (which used “I’m Just a Bill” to lampoon the flag-burning debate), a live stage show that is still performed at schools across the country, and a Kennedy Center salute to celebrate its 40th birthday in 2013.

The show was revived twice, once in the mid-1990s and again in 2009, the latter version as a direct-to-video series. But its later incarnations never managed to recapture the imagination of kids quite the way it did during its original run. In all, 64 episodes were produced, the final one (for now) being 2009’s global warming-themed “Don’t Be a Carbon Sasquatch.”

These days, Schoolhouse Rock is remembered mostly during anniversary years like this one and endures as a happy memory for those who remember munching on sugary cereal and singing along. In 2003, a DVD release commemorated its 30th anniversary and ranked the series' top 25 songs. The top 10, along with links to watch them on YouTube, are included below. Episodes are also available for purchase and download on iTunes, Amazon and Google Play.