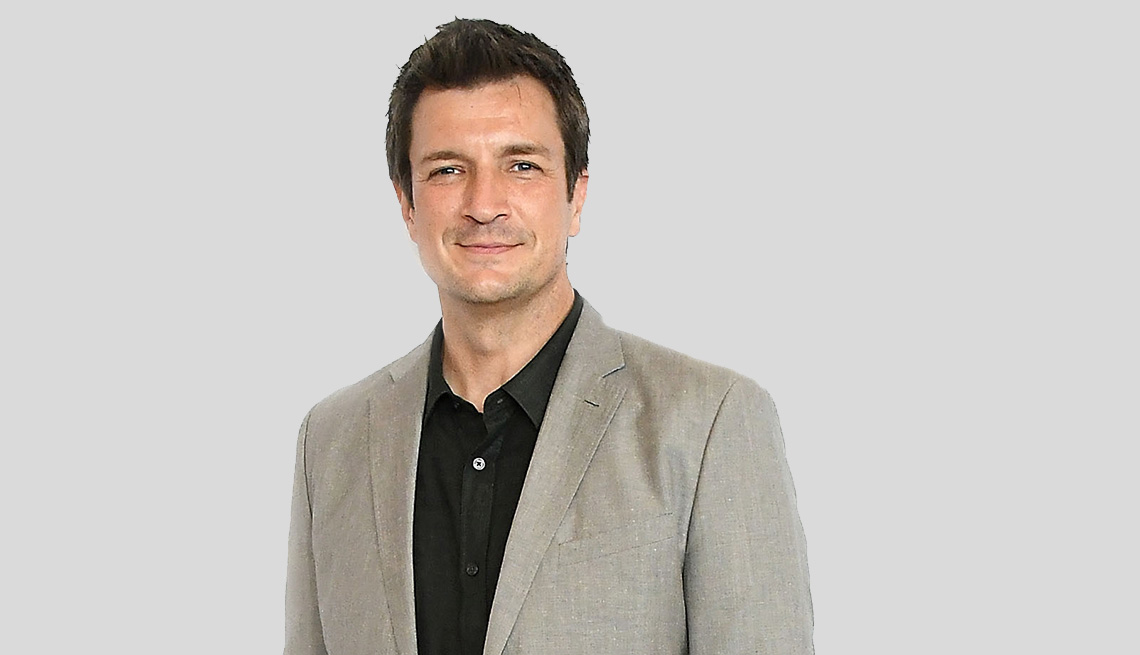 As the cheeky, brow-furrowing crime solver on ABC's Castle (2009-2016), Nathan Fillion, 47, reminded fans of other whodunit heroes on TV, such as Rock Hudson in McMillan & Wife or Robert Wagner in Hart to Hart.

Now the chipper Canadian-born actor is reviving another popular TV genre — the straightforward cop show – in another ABC series. He's playing John Nolan, the oldest new cop on the Los Angeles Police Department, in The Rookie, a one-hour drama premiering in October. “You find yourself playing somebody’s son, then somebody’s brother, then all of a sudden you’re the oldest,” Fillion says. “That’s your title: ‘the oldest.’ ”

But as his new series demonstrates, that’s not a bad thing. Born a year before ABC’s first newbie-cops drama, The Rookies, premiered in 1972, Fillion is slimmer and looks younger than he did in the last few seasons of Castle. And at a time when more older adults are reimagining their lives and changing careers, this new show will resonate. 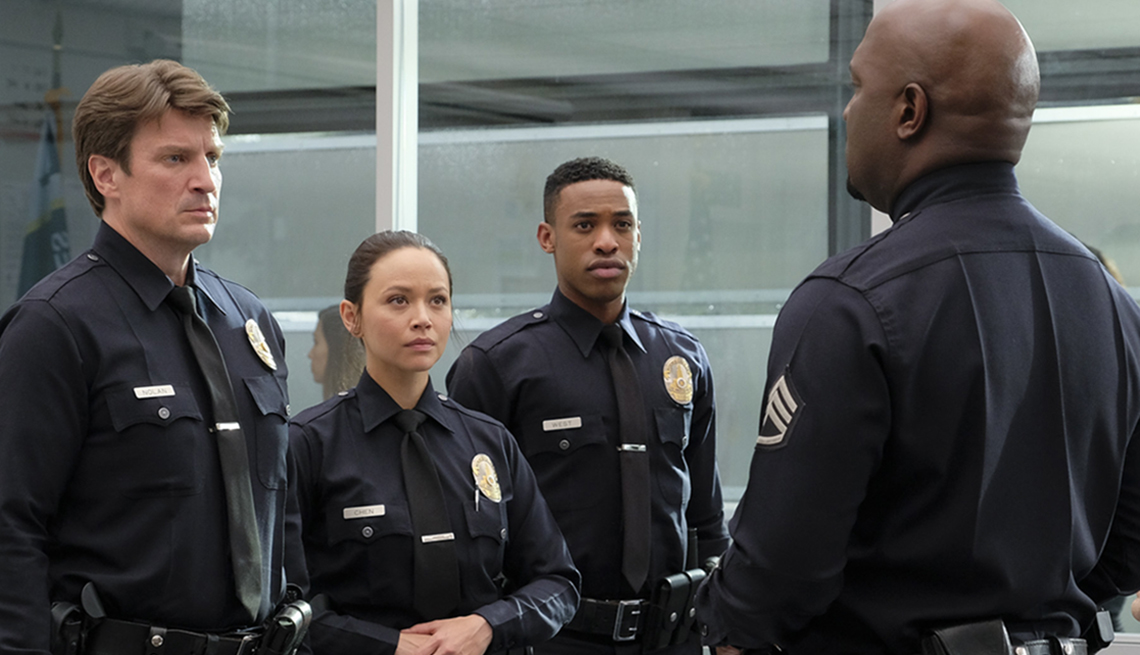 As the force's oldest rookie, John Nolan (Nathan Fillion, left), is met with skepticism from Sgt. Grey (Richard T. Jones, right), and he must keep up with young rookies (Melissa O'Neil and Titus Makin Jr.) as well as the bad guys.

The Rookie — based on a true story — is about a guy who reevaluates his life and decides to become a police officer at 40. He butts heads with 20-something coworkers and a skeptical superior, Sgt. Wade Grey, played by Richard T. Jones, 46, who says the sergeant “feels that maybe Nolan’s at an age where he wouldn’t be willing to learn.” But his LAPD captain (Mercedes Mason of NCIS: Los Angeles) likes Nolan’s wisdom, even as he feels his age when his job includes tasks such as scaling over a chain-link fence to catch a bad guy.

“I like that it’s rough for John Nolan and that he's not far away from my truth,” says Fillion, who claims to have needed “six pounds of Epsom salt [for] bruises up and down my thighs” after a day of running and jumping with youngsters on both sides of the law. “Listen, I’m at the point in my life where, if I can have a stunt guy run down the street for me, these knees will appreciate it. Running in those big boots with all of that equipment on your belt, it’s not a dream. Kneeling is a stunt for me.”

He says viewers will watch him and think, Thank God I am not him going through that. But in fact, for many grownup TV viewers, it will be pure wish fulfillment.

The son and brother of high school English teachers, Fillion thought of becoming a teacher himself. Instead he moved to New York and scored an Emmy nomination at 25 for his work on the daytime soap One Life to Live. He nabbed a role in the much-awarded 1999 film Saving Private Ryan. But when his sci-fi series, Firefly, was canceled after one brief season, he took it hard, putting on 20 pounds.

Better things came — a Screen Actors Guild nomination for Desperate Housewives, roles on Modern Family and Castle — but he says his up-and-down career is common for his generation. “This is, I feel, the new norm,” he says. “I don’t think everybody is going to become a rookie cop, but a lot of people are either having this reinvention experience or know someone who has.”