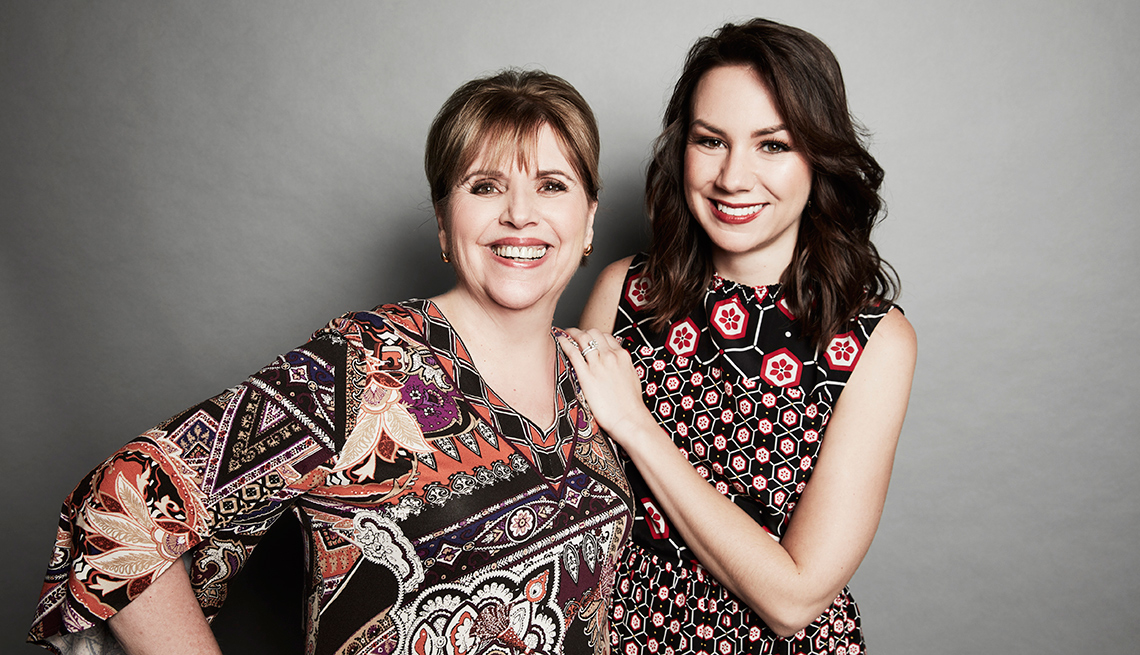 When comedy writer Tracey Wigfield got the chance to develop her own sitcom, she didn’t need to look far to find inspiration: It had been with her since the moment she was born.

“The character in my life who I have always found very funny is my mom,” the 33-year-old Wigfield says. “When I first started working at 30 Rock, she would come visit me at work and embarrass me and say sort of unfiltered, insane things to my coworkers and bosses.”

So when 30 Rock creator Tina Fey, with whom Wigfield won an Emmy Award for best comedy writing in 2013, asked her to pitch a show of her own, the young writer went right for what she knew best — and loved most.

“In thinking through ideas, the relationship that seemed interesting for me to explore was that relationship between me and my mom and, specifically, what would happen if someone like my mom came to her daughter’s workplace and never left.”

The result is Great News, the very funny new comedy that airs Tuesdays at 9 p.m. ET on NBC. The show centers on Katie (played by Briga Heelan), a TV news producer whose mom, Carol (Andrea Martin), frequently visits her show’s set and ends up bonding so tightly with the cast and crew that she’s offered a job as an intern. Sound familiar?

Beyond the mother-daughter themes, the setting and characters allow Great News to point a cuttingly hilarious lens at the modern workplace, where millennials, Gen Xers and baby boomers often work side by side while seeing everything from their age-based viewpoint.

Carol, an intern returning to work after a decades-long absence, has her own adjustments to make. And then there’s Chuck (John Michael Higgins) a long-in-the-tooth news anchor fending off the nagging sense that he’s aging out of the workplace. He’s paired behind the anchor desk with Portia (Nicole Richie — yes, that Nicole Richie), his Snapchat-addicted, social-media-savvy counterpart. Their oddball pairing leads to moments like their bonding over a shared love of lemonade (she’s talking about the Beyoncé album; he’s talking about the refreshing summer drink).

Wigfield says she and her writing staff, who range in age from 30s to 60s, take pains not to come off as making fun of the older characters.

“Especially Carol, but also Chuck, these are characters who are drawn with a lot of respect and love,” she says. “I think the best way to poke fun of generational differences is sort of to skewer everyone involved. It turns out, when they argue, Carol often is right and Katie is the one who ends up with egg on her face. Everyone gets a win now and then, like it is in real life.”

The bond between mother and daughter isn’t just an act. As we talk, Wigfield, recently married and now living in Los Angeles to work on the show, is sitting in her parents’ kitchen in New Jersey. She’s visiting the East Coast to receive an award from her alma mater, Boston College, and popped down to her hometown to enjoy a Great News viewing party with her mom’s friends.

Just like Carol, Kathy Wigfield hardly needs prompting to have a quick chat, and she seems nonplussed by both her daughter’s success and that her own outsize personality inspired a network sitcom.

“Ever since Tracey was little, she was always doing these little shows and saying, ‘Mom, can you film this? Can you film that?’ I was always involved somehow, so it almost seems to be surreal where it’s just another one of her shows that she’s doing.”

“It’s hard to understand that all these different people are watching,” she adds in her thick Jersey accent. “But I’m enjoying that she finally gets to show what she really can do.”