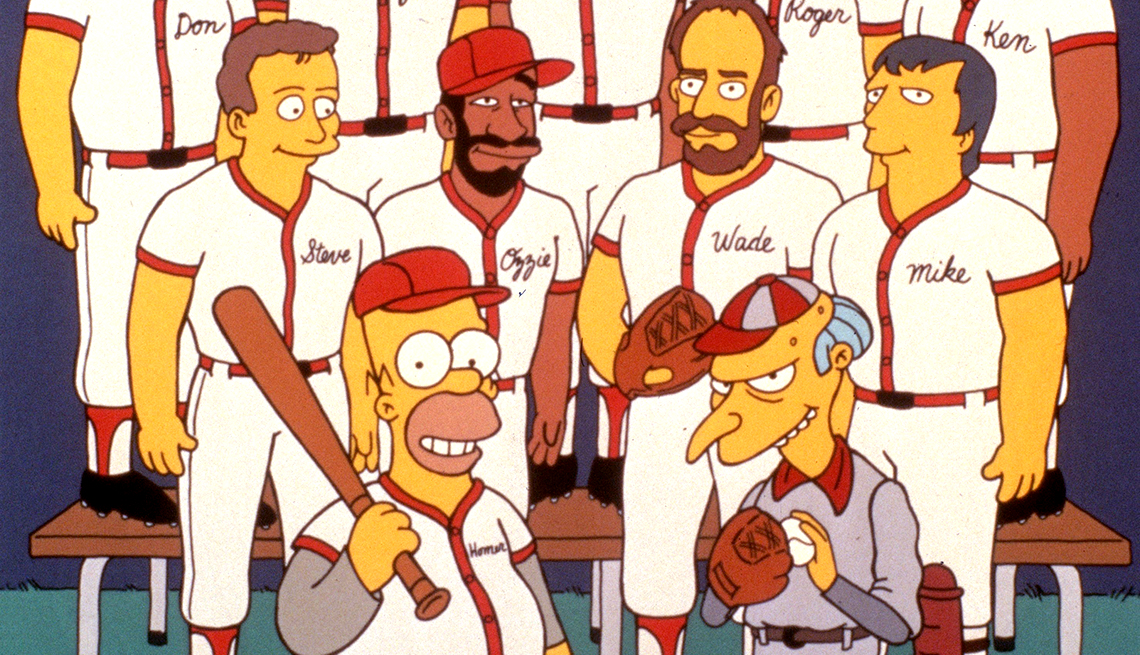 Steve Sax, Ozzie Smith, Wade Boggs and Mike Scioscia were among the major leaguers who guest-starred in the iconic 'Simpsons' episode 'Homer at the Bat.'

It's hard to believe, but it really has been a quarter-century since centenarian nuclear power magnate C. Montgomery Burns filled his Springfield Power Plant softball team with a slew of professional ballplayer ringers to ensure a dramatic softball victory over his bitter rivals from the Shelbyville plant.

If you’re at all confused, then you’re probably not a fan of The Simpsons, Fox’s long-running animated hit that this weekend will celebrate the 25th anniversary of the classic “Homer at the Bat” episode described above. Springfield of Dreams: The Legend of Homer Simpson, an hourlong documentary about the creation of the episode, will air Sunday afternoon on Fox. Check local listings, as exact air times depend on what time the NFL football game will air in each region.

Through a series of ridiculous events, the major leaguers all become incapacitated and unable to play in the big game (Griffey develops gigantism, Boggs gets in a bar fight at Moe’s Tavern, an incompetent hypnotist makes Clemens start acting like a chicken) and it’s left to Wonderbat-wielding “Home Run” Homer to save the day, which he does by taking a bases-loaded pitch to the noggin that knocks in the winning run.

Befitting such a sublimely absurd subject, the documentary has its tongue planted firmly in its cheek. Satirizing the form used by Ken Burns in his epic Baseball PBS docuseries, the special features interviews with Simpsons characters, creators and writers, along with eight of the ballplayers, all of whom are now long since retired.

“I love The Simpsons so much and am proud to be reunited with them on this incredible special,” said director Morgan Spurlock. “A special so special that it not only celebrates Springfieldian Homer Simpson, but one that reminds us all that maybe if we tried a little less, great things can happen.” 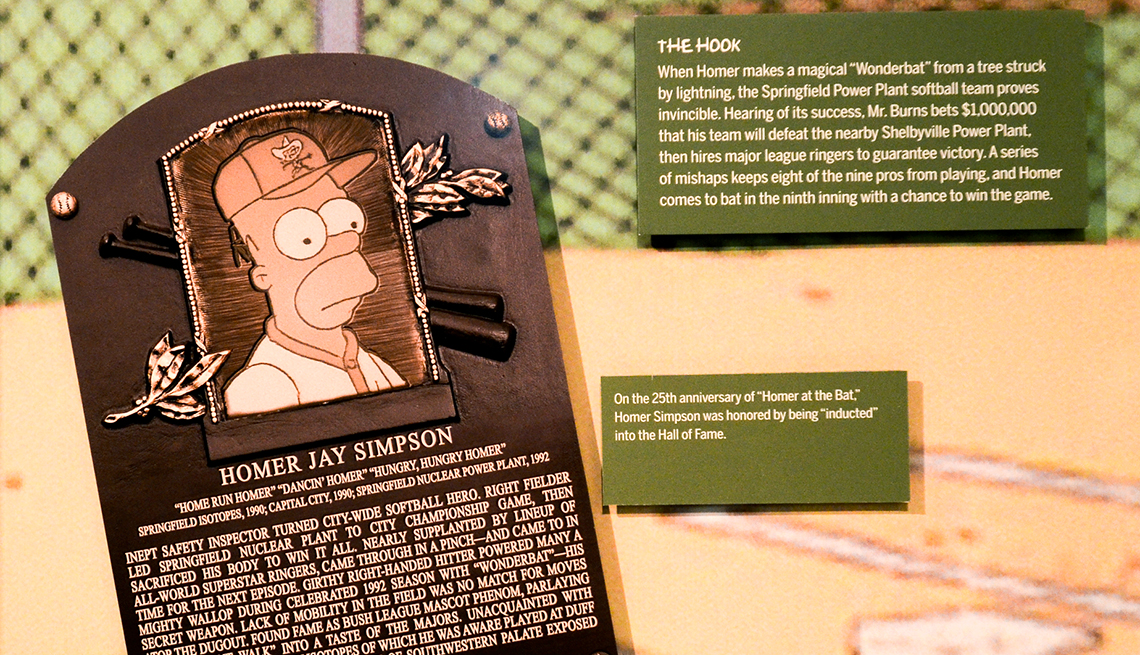 The cultural reach of the episode was strong enough to earn Homer Simpson induction into the National Baseball Hall of Fame last summer.

And here’s a great piece of Simpsons trivia to impress your friends: Four of the players featured in the episode are now members of the National Baseball Hall of Fame. Stumped? The Hall of Famers are Boggs, Griffey, Smith … and Homer Simpson, who gained "induction" into the Cooperstown shrine this year with a plaque honoring him as an “Inept Safety Inspector Turned City-Wide Softball Hero.”

The documentary also airs Oct. 20 at 6 p.m. on FS1, just before Game 6 of the American League Championship Series between the Houston Astros and New York Yankees.