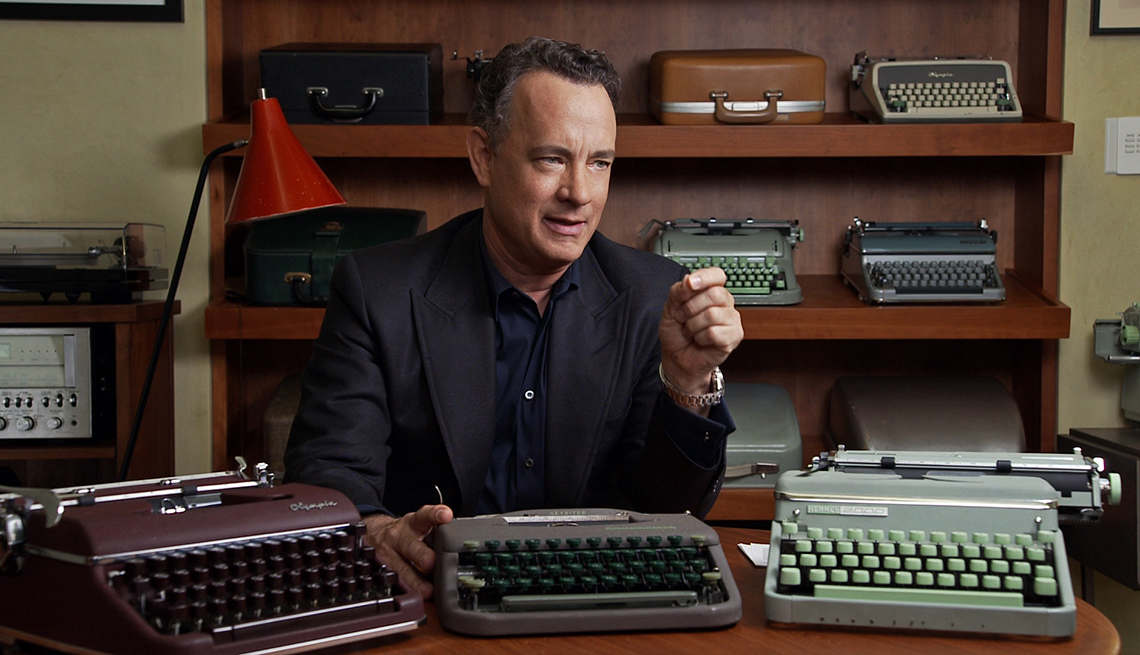 The documentary features Tom Hanks, who owns 250 typewriters and says he deletes emails but hangs onto typewritten letters.

A few years back, San Francisco-based filmmaker Doug Nichol, 56, bought an old manual typewriter on eBay as an office decoration. Eventually he became intrigued by the idea of actually using the keys, which were rusted in place. He got on Google and discovered that a surviving repair shop in Berkeley, Calif., still fixed them.

That was the start of Nichol’s new documentary, “California Typewriter.” The film, appearing in theaters in more than two dozen cities, explores the machine's continuing appeal to creative people.

It features actor Tom Hanks, who owns 250 typewriters and says he deletes emails but hangs onto typewritten letters that people send him. Another aficionado is historian David McCullough, who says typing “has a tactile sensation to it that I think is part of our humanity.” The late playwright and actor Sam Shepard also appears in the film.

In a phone interview, Nichol, who won a Grammy for his 1993 long-form video of Sting’s “Ten Summoner’s Tales,” says manual typewriters appeal to those who want a fast, direct way to express themselves without spell-check getting in the way and who like to watch their ideas evolve on paper through multiple drafts.

Nichol says the typewriters' resurgence is a pushback against the digital world’s impermanence. “For the last 10 years, everyone has been tapping on glass screens on their iPhones,” he says. “I think people are rediscovering typewriters, like they’re rediscovering vinyl records. It’s fun to buy a pack of stationery and write a letter.”

“California Typewriter” also will be available on iTunes in mid-November.