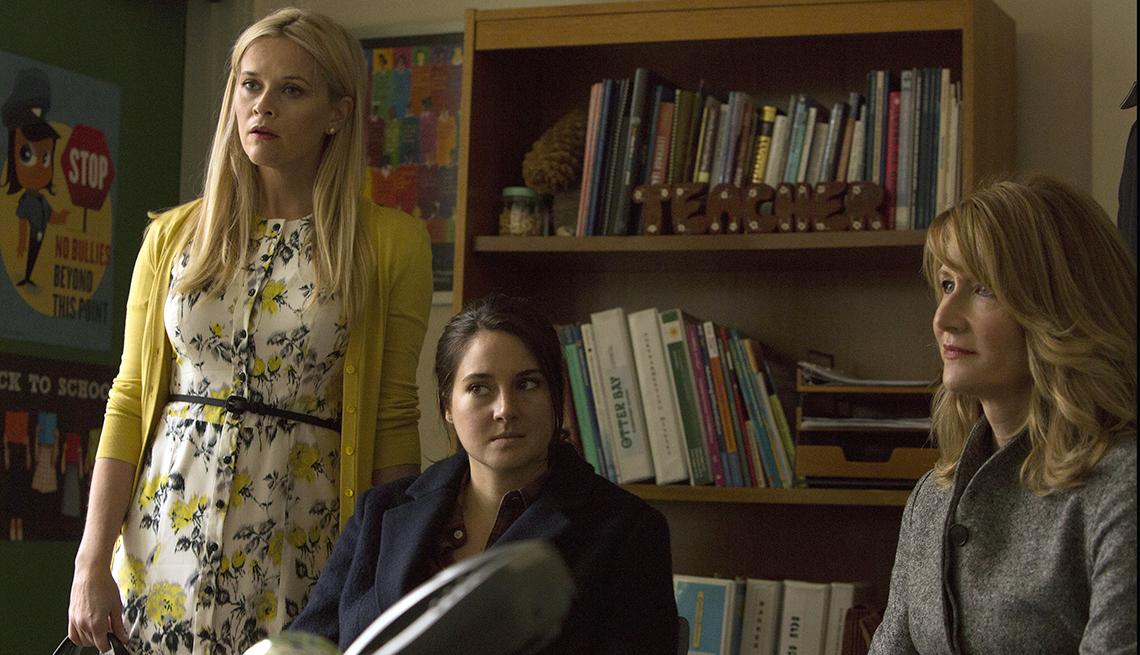 Laura Dern says her goal is to age on-screen.

When 50-year-old actress Laura Dern was 15, her father, actor Bruce Dern, gave her some life-changing advice: “If you decide now to be a character actor, if you at 20 can play fierce, sometimes unlikable people and not be afraid of that girl, then when you’re in your 40s and 50s, you’ll be working all the time,” she told the Wall Street Journal.

Apparently, Father knew best. By rejecting plastic surgery and accepting supporting roles of women with “jagged edges,” she still has a flourishing career, unlike many middle-aged actresses, the WSJ notes.

Dern plays a former drug addict in Wilson, which opened Friday. In May she will appear in the television show “Twin Peaks.” Next December she has a part in Star Wars: The Last Jedi. As if that’s not enough, she has a role in the HBO miniseries Big Little Lies.

Dern says her goal is to age on-screen, as several writers, directors and producers, such as Ryan Murphy, co-creator of television’s American Horror Story, are creating juicy roles for older actresses. To further prepare for these opportunities, she’s studying French because she believes the French are more amenable to casting older women.

And unlike the past, when she rejected roles that didn’t build her movie career, Dern feels more freedom, she told the WSJ. “I haven’t worked as much as I wanted to for many years — I missed some great opportunities by being so careful. I’ve broken through my own barriers of what I should do in the last year or so."