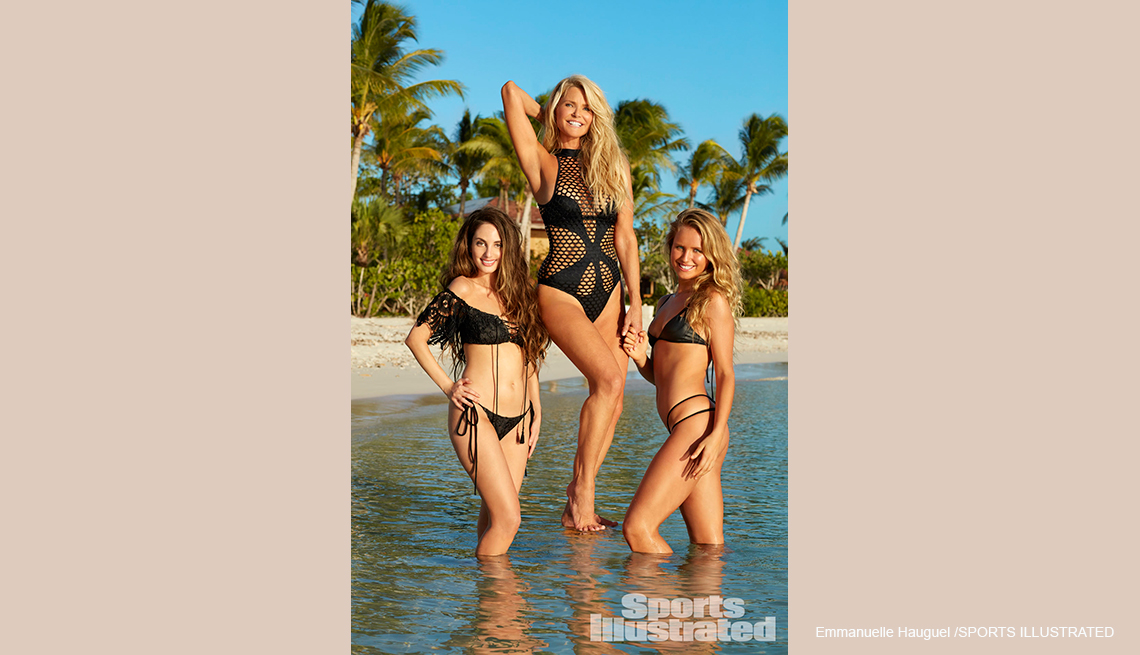 Nearly 40 years after first gracing the cover of the Sports Illustrated swimsuit issue and 13 years since her last appearance, supermodel Christie Brinkley is slipping back into a two-piece in the pages of the iconic publication. And this time, the 63-year-old Brinkley has company. She’s posing alongside her two daughters, Alexa Ray Joel, 31, and Sailor Brinkley Cook, 18.

Brinkley, who shared her beauty secrets with AARP in 2015, already holds the record for the most consecutive SI swimsuit-issue covers, having graced the front of the magazine for three straight years: 1979, 1980 1981. Only Elle MacPherson, who was on the cover five times, appeared more often. Overall, Brinkley was featured in the publication eight times between 1975 and 2004. She had figured that her bikini modeling days were over.

But posing with her children, Alexa Ray, whose father is Brinkley ex Billy Joel, and Sailor, her daughter with ex-husband Peter Cook, appealed to Brinkley. In the issue the trio are pictured together wearing complementary black suits in the surf at Turks & Caicos, and each of them is also featured in separate solo shots. It was more than just a bonding experience for Brinkley, though — the chance to show that there doesn’t have to be an expiration date on when to wear a skimpy suit proved too good to pass up.

“In a country that’s very ageist, people love to put you in little boxes,” she told People. “Women feel very limited by their numbers. On a personal level, I thought, ‘If I can pull this off, I think it will help redefine those numbers and remove some of the fear of aging.’ ”

It’s not the first time SI has featured an older model in the swimsuit issue. Last year, 56-year-old Nicola Griffin showed off her curves in an ad for bikini company Swimsuits for All. But this year’s appearance makes Brinkley the oldest model ever to appear in the editorial pages of the magazine.