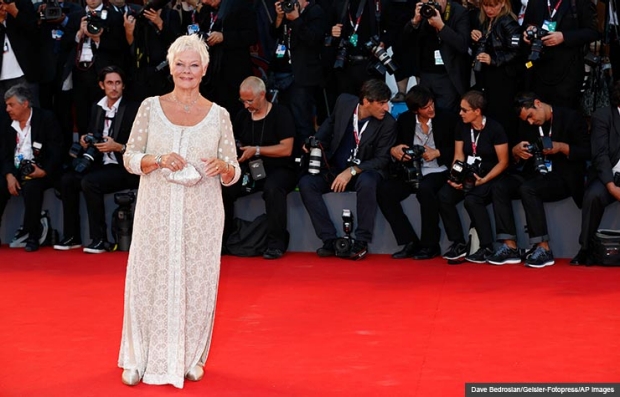 En español | In need of some inspiration? Look no further than Dame Judi Dench.

The British actress is poised to receive her seventh Academy Award nomination for her role as an Irish woman who seeks the son she was forced to give up for adoption in the just-opened Philomena. "Dench gives a performance of grace, nuance and cinematic heroism," raved the Times of London.

Not bad for someone turning 79 on December 9. Even more impressive is that Dench didn't become an international movie star until she was in her 60s. She was too busy commanding the London stage for more than a half-century while building a reputation as one of the finest interpreters of Shakespeare since Sir Laurence Olivier. 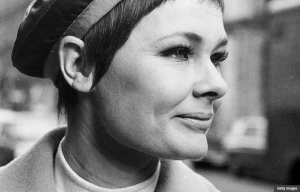 With her fashionably short silver hair and penetrating blue eyes, she gloriously defies the adage that age is a deterrent for actresses when it comes to longevity in the film business.

In fact, her younger costars often look upon her in awe. It's a natural response, perhaps, given that two of her best-known roles are as Queen Victoria in 1997's Mrs. Brown (her first Oscar nomination) and Queen Elizabeth I in 1998's Shakespeare in Love (her second and the source of her lone win).

But as her Philomena costar, Steve Coogan, 48, discovered, this is one dame who knows how to break the ice on the set: Make them laugh. "We'd tease each other, take the mickey out of each other. That makes you comfortable," he has said.

Here are seven ways the ageless Dench sets an example for her admirers, young and old.

1. Don't let ailments keep you down

Dench had knee replacement surgery six weeks before Philomena's London premiere, but the actress informed her surgeon that she was determined to walk the red carpet unassisted. And there she was, strolling in Leicester Square, no cane in sight.

The actress is also coping with macular degeneration, a common late-life eye ailment, by asking Finty, her daughter, or colleagues such as Coogan, who cowrote Philomena's screenplay, to read scripts to her.

2. Avoid being pigeonholed by others

Actor Stephen Fry once declared, "Railings should be built around her so that all may admire her in an orderly and respectful fashion." Kate Winslet, her costar and fellow Oscar nominee for 2001's Iris, claimed she "would work with Judi if I had to be a tea lady hovering in the background."

But if you want to rile Dame Judi, refer to her as a national treasure. "I hate that," she says. "Too dusty, too in a cupboard, too staid. I always want to do the most different thing I can think of next."

Next page: Show them who is boss and find a soulmate. » 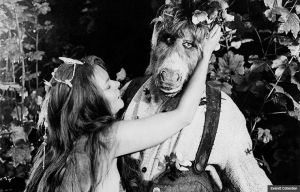 As someone who was named one of People magazine's 100 Most Beautiful People in the World in 2007, this tamper-free septuagenarian has little to worry about. Her many wrinkles-and-all close-ups in Philomena are a testament to her enduring loveliness.

Still, she admits to considering plastic surgery. "I'm too old now," she says. "Every time I go to America, I wonder if there is some process where it could all be sucked out and I could be out of there in time for dinner."

4. Find a soulmate who sends you flowers every week

She and Royal Shakespeare Company colleague Michael Williams were friends for years before they wed in 1971. While she was upbeat and outgoing, he was more of a pessimist and dour.

AARP Members! Save on some serious retail therapy 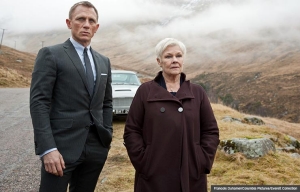 5. Show them who is boss

Forget Pussy Galore. When it comes to Bond girls, no one tops Dench.

When the James Bond franchise was rebooted in 1995 after a six-year hiatus, Dench was hired as the first female to play M, 007's superior, even before Pierce Brosnan was in place as the sixth official actor to play the secret agent. Her character would set the tone in their first movie, GoldenEye, referring to Bond as "a sexist, misogynistic dinosaur." She and Brosnan teamed on three more Bond movies and the actress carried on as M when Daniel Craig took over the lead. She would show him the ropes in Casino Royale (2006) and Quantum of Solace (2008) before M met her demise in last year's Skyfall.

6. Work as long and as much as you can

Dench's output would be astonishing for a woman half her age. She did eight films in 2011-12. That's not even counting plays or TV.

What motivates her? "I just feel I have to keep doing it," she told the Observer last year. She already has her next two jobs lined up: A sequel to last year's surprise success, The Best Exotic Marigold Hotel, that begins shooting in India in January, and a BBC comedy opposite Dustin Hoffman, based on Roald Dahl's book Esio Trot. 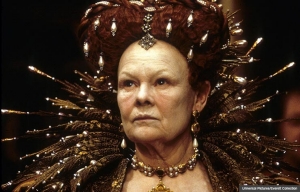 1998: Judi Dench won a Best Supporting Actress Oscar for the roughly 8 minutes she was on screen as Queen Elizabeth I in "Shakespeare in Love."

7. Don't close the door to your heart

After the death of her husband, Dench was asked if she could love again. Her response: "It's not something that's ever happened."

But the speculation that began in British tabloids three years ago has proved to be true. She has a new man in her life, wildlife conservationist David Mills, 70.

"It's great to meet someone who shares your sense of humor and interests," she told the Telegraph last month. "I haven't really talked about him, but it's jolly nice to have someone to laugh with."