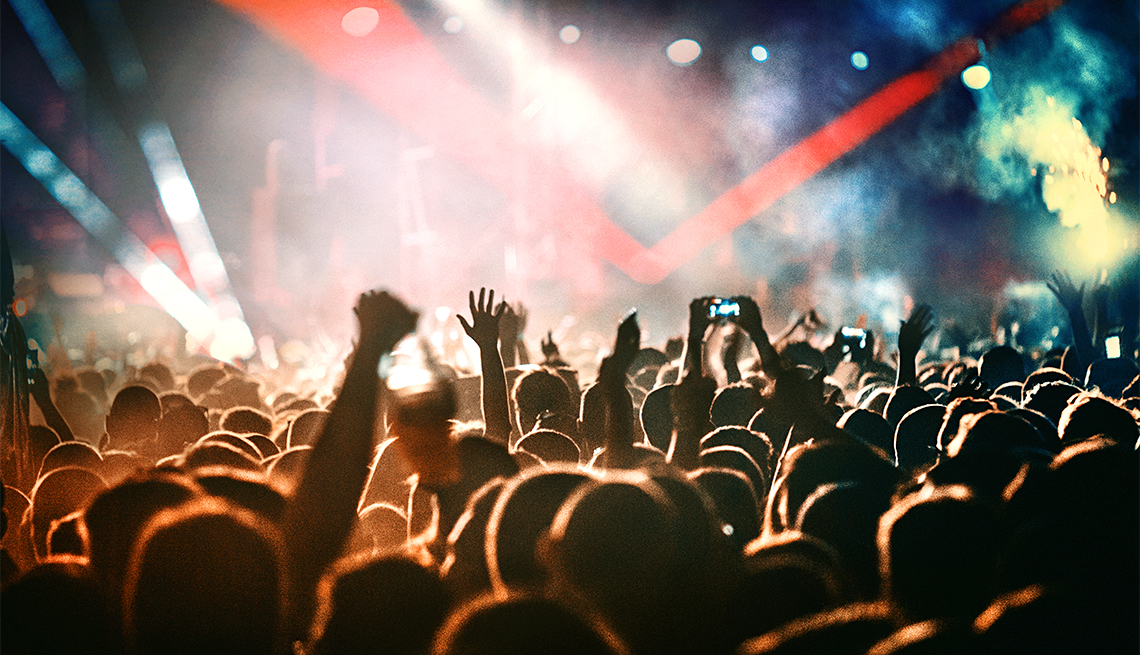 If you ask people sitting (or standing) next to you at a concert where they bought their tickets, there's a good chance they purchased from a different vendor or paid a different price.

In the old days, when Bruce Springsteen or Billy Joel set the price for a concert ticket, it more or less stayed that way. A trench-coat-wearing dude on a street corner across the road from a stadium may have occasionally sold it for double the price — but mostly, face value was face value.

Then came eBay and StubHub. Suppose Springsteen himself wanted to charge $95 apiece for his front-row seats. If fans paid $400 for them online, that became their real value. Stars have dealt with that market-driven increase in different ways:

1.  Using a paperless, show-ID-at-the-door system so that resellers are nearly shut out.

2.  Strategically raising prices so that scalpers can't possibly resell them for a profit.

What does this mean for you, the fan, who just wants the best seats? The short answer is there are more options to buy tickets than ever — face value, resale, paperless, Official Platinum Seats, Verified Fan, VIP and fan-club presales — and you have to pay attention to how to do it to come out ahead. "It can get confusing, trust me!" says Amy Howe, Ticketmaster's chief operating officer. "The world's changing quickly right now." Here are tips for navigating the world of tickets.

Take a spin on the secondary market

Ticket reselling has evolved into an $8 billion business, and prices can be astronomical — orchestra seats for Springsteen's Broadway shows, for example, are going for as much as $3,000 via StubHub. Ticketmaster has jumped into the fray, reselling U2 tickets at the Forum in California through its own TM+ service for $737, while a face-value ticket in a nearby row costs less than half that. "The number-one tip is to avoid that old-school mentality that you have to buy the ticket at the on-sale [price]," says Jessica Erskine, a StubHub spokeswoman. "That's a way of the past."

Look for the presales

Artists have fan clubs; join them. Pearl Jam's Ten Club costs $20 to $50, and members get access to presales for affordable prime seats. "Before Adele goes on sale and 10 million people are hitting the site, these presales are giving people early access," Ticketmaster's Howe says. Credit card companies offer presales, as well. And many artists have used their fan clubs for a more elaborate purpose, weeding out scalpers and high-tech bots that scoop up seats via Ticketmaster.com faster than fans can get them.

Last year country singer Eric Church's managers pored over ticket sales and decided to invalidate 25,000 broker-purchased tickets. And in late 2016, beginning with Dead & Company, Ticketmaster has provided a more streamlined version of this approach that's known as Verified Fan — using its own sales data to identify brokers and cut them out of presales. Some 70 shows, from Ed Sheeran to Hamilton, have sold tickets this way. For her new tour, Taylor Swift customized Verified Fan, inviting fans to buy albums and T-shirts or watch videos to get "boosts" to approve their chance of accessing the presale. Some fans have called her greedy, while others are happy to buy as much Taylor gear as possible.

Touring stars figured out years ago they could offer fans expensive VIP packages so resellers couldn't possibly raise prices any higher. The Hangout Music Festival, being held this May in Gulf Shores, Ala., charges $1,700 for such a package and includes a personal oyster bar and watching headliners such as Kendrick Lamar, the Killers and the Chainsmokers from hot tubs beneath the stage. Journey's $500 arena package offers a front-row seat, a preshow reception with food and drinks, and a tote bag. "The ultimate is a meet and greet," says Jarred Arfa, general manager of Artist Group International, the agency that represents Billy Joel, Rod Stewart, Metallica and others. "The low level is, you get a T-shirt or a poster."

Airlines, rental cars and ride-hailing services like Uber change their prices at any minute based on consumer activity, and concerts have started to follow suit in recent years. Artists set prices at the beginning, but sometimes they tinker as the sales go on — which might explain why an Official Platinum Seat for the Eagles in section 3, row 1, of Nashville's Bridgestone Arena costs $950, while section 3, row 7, is $685, and row 10 is $595. "They're monitoring the sales and making adjustments on the fly," Arfa says. "It's a great tool for maximizing revenue."

If you're smart and lucky and monitor the StubHub and eBay price fluctuations in advance, you could wind up attending a show for free. "It offers a chance to pay for your night out, by being just a little bit entrepreneurial," StubHub's Erskine says.