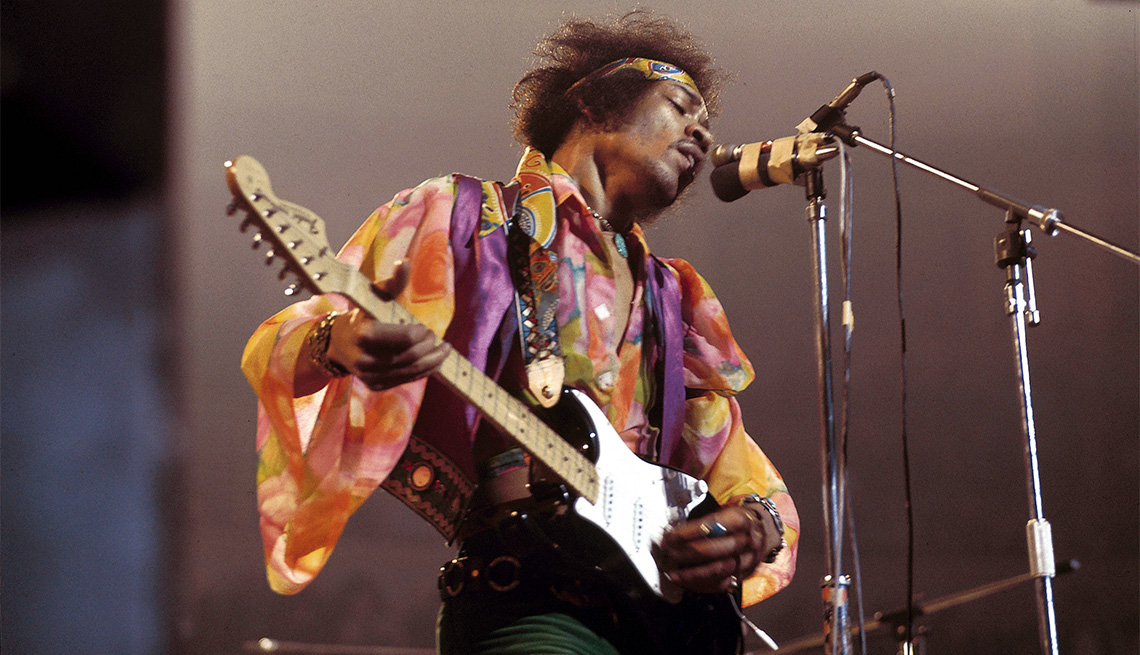 Jimi Hendrix, still hot, relevant and long dead, resurfaced March 9 with the highly anticipated Both Sides of the Sky, a studio album of 13 tracks — 10 previously unreleased. It’s the last in a trilogy that includes 2010’s Valleys of Neptune, which reached No. 4 on Billboard’s album chart, and 2013’s People, Hell and Angels, which peaked at No. 2.

The iconic rocker’s staying power is remarkable considering his long absence (he died at 27 of an overdose in 1970) and in light of the 21st century’s brief attention spans, hyperactive trend cycles and here-today-gone-later-today YouTube celebrities.

But excitement had been building for Both Sides of the Sky despite its lack of contemporary pop slickness. It’s a blues-heavy, rock-solid blast of guitar-driven Jimi jams kicked off by a spirited version of Muddy Waters’ Mannish Boy. “Jimi’s root was the blues,” says Hendrix historian and catalog manager John McDermott, who coproduced the album with Eddie Kramer, the recording engineer for every record Hendrix made while alive, and the artist's sister Janie Hendrix.

The tracks were recorded between January 1968 and February 1970 as the fabled guitar hero was undergoing a musical transition from the psychedelic rock of the Jimi Hendrix Experience to experimental blues. That led him to bassist Billy Cox and drummer-singer Buddy Miles, who formed a trio with Hendrix to release a 1970 live album Band of Gypsys. They figure heavily into Both Sides, backing Hendrix on several tracks.

Hendrix’s Experience sidemen, drummer Mitch Mitchell and bassist Noel Redding, also can be heard, joining him on ripping blues workout "Hear My Train a Comin' " — a concert staple. Elsewhere, Hendrix picks up the sitar on "Cherokee Mist," enlists Johnny Winter and Dallas Taylor on "Things I Used to Do" and plays bass on a 1969 recording of Joni Mitchell’s "Woodstock," with Stephen Stills on vocals and organ. 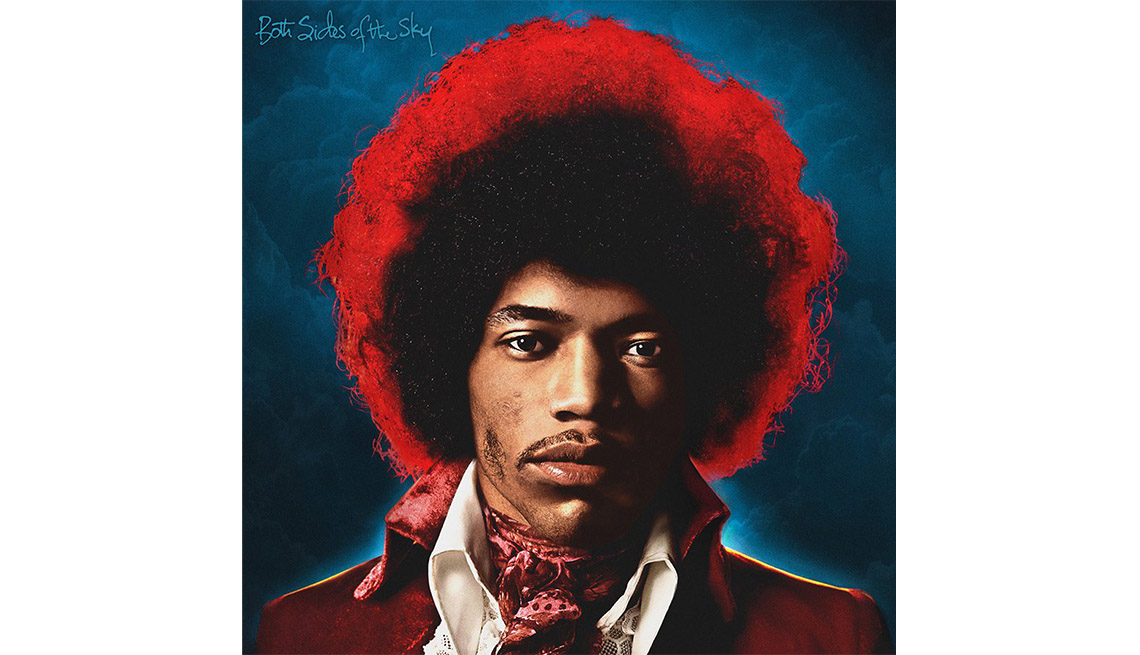 The cover of the new Jimi Hendrix album, "Both Sides of the Sky."

While this musical hoard has been stashed for decades in the closets of Hendrix’s Electric Lady Studios in Greenwich Village, McDermott says “it’s important to understand that this is not the lost album, the lost songs, the lost tapes or the lost shoe. He had released his first three studio albums and a number of singles and then he was facing litigation that held up his career from a recording standpoint. But during that time, he was in the studio recording.”

The lawsuit over a contract dispute was settled with the delivery of Band of Gypsys. Six months later, Hendrix was dead.

“When he dies, all this material is in the vaults,” McDermott says. “Fast forward 35 years and what we’re trying to do with these three records is present the best of the material with a contextual understanding of where it fits in the total picture.”

The producers recognized the fraught responsibility of selecting, mixing and packaging tracks without the input of the material’s very controlling creator. A desire to satisfy public demand and bolster the Hendrix legacy overrode those misgivings.

“Yes, there are different versions of "Hear My Train a Comin'," and it isn’t ours to say he would have picked this one,” McDermott says. “You’ll never know what his choices would have been. But it’s important to share this with fans. He was working hard in the studio in an effort to take that next step. You’re hearing the evolution of his creative thought process."

The raw, earthy Both Sides contrasts with the effects-laden, painstakingly overdubbed efforts he crafted while alive, such as Axis: Bold as Love or Are You Experienced.

“These songs would have sounded differently if Jimi had put his final stamp on it,” McDermott says. “We’re just trying to present the material in as honest and detailed a fashion as we can.”

While Both Sides clearly reflects a blues path, it’s impossible to plot the course Hendrix would have taken had he survived.

“I don’t think anyone can predict that,” McDermott says. “He was too unique a creative force. A few months after he died, Stevie Wonder was in his studio creating landmark records. Imagine if those two got together. Or what he could have brought to fusion when Larry Coryell was there.”

During the period that Both Sides was recorded, Hendrix was a global superstar but also prey to the era’s hedonistic temptations and the industry’s pitfalls. Yet his spirit never flagged in the studio.

“He was reckless, sadly,” McDermott says. “But I don’t think he was in a spiral. He seemed to be like any artist of his stature. He had issues buzzing around him: management, finances, commitments to record companies, girlfriends. But this was hardly a morose guy.”

More than 50 years after Hendrix taped the first notes that would land on Both Sides of the Sky, music lovers remain in awe of his heady sound and guitar prowess. What keeps us hooked?

“It’s the true quality of the art,” McDermott says. “Jimi Hendrix emerged at a time when there was no social media, no engine to create buzz. He didn’t even get interviewed. This was a true counterculture guy. There is music from that era that doesn’t hold up and certain works that are landmarks: the Beatles, Bob Dylan. Like them, Jimi would have continued. These records just hint at what could have been.”

Almost every rock star death is followed by a long commercial afterlife. A cache of unreleased recordings can feed the charts and hungry devotees for decades. The recent loss of three rock heavyweights left fans grieving but also hopeful that vaults of hidden treasures would fill the void. Here’s a look at the possibilities.