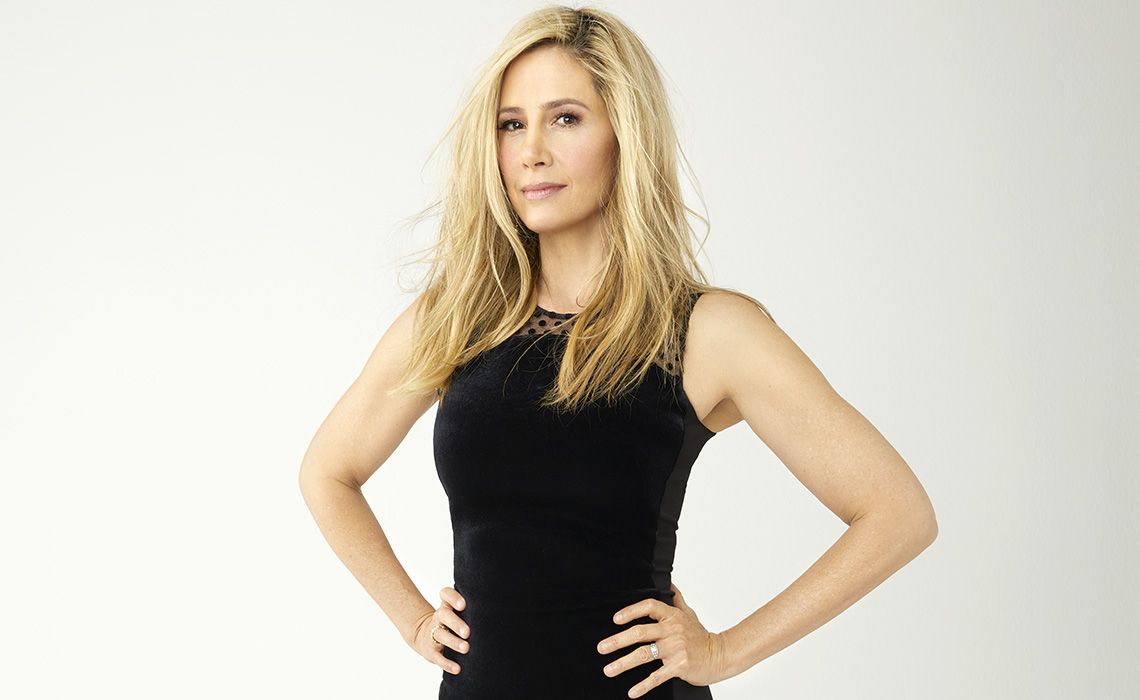 Actress Mira Sorvino, a mother of four, is busy juggling parenting and her new duties in Hollywood — most recently the premiere of a TV series on AT&T's Audience Network.

More than 20 years after Mira Sorvino won an Oscar for her role in Mighty Aphrodite, she is back in the spotlight. The 50-year-old stars in the upcoming film Beneath the Leaves alongside her father, Paul Sorvino, 79, and she has a lead role in the new TV show Condor. She spoke with AARP about her latest projects, speaking up, giving back and doing right.

My dad achieved a life dream at 65, when he sang for the New York City Opera. When I saw him do that, I thought, All bets are off. We can do whatever we want, whenever we want. You have to believe in your own capacity.

My dad’s hugest heroes are Martin Luther King Jr. and Desmond Tutu. My mom volunteered at a suicide hotline. I became a U.N. ambassador in 2009 — one of the greatest privileges of my life. Helping others is what we’re meant to do while we’re here.

I had no idea there were so many others who had been affected by [Harvey Weinstein]. Had I known, I would have spoken out sooner. While I’ve always been outspoken for other people, for some reason I didn’t do it for myself. I just took it on the chin.

It has been a very important life lesson — to live honestly no matter what the circumstances are. That’s how I want my children to live, and it’s the example I hope to set for them. When Ashley Judd and I walked the red carpet together at the Oscars earlier this year, it felt like a celebratory, magical moment.

In between raising our four kids, I’ve worked steadily these past several years but in more low-profile projects. It’s lovely to widen the scope again and be in projects more people will see.

—As told to Maria Neuman