A kids movie you would never allow your son or daughter to see should be a film studio's worst nightmare. Indeed, although A Monster Calls is way too scary for viewing by younger kids, it is told from a child's-eye view. And while garden-variety childhood fears fuel the dark fantasy, it ratchets up those anxieties to an almost unbearable pitch.

But let's leave those contradictions to the marketing department for now because A Monster Calls is a minor masterpiece. Thanks to a thoughtful script, powerful performances and a monumental visual palette, the film takes hold of you from frame one, immerses you in a young boy's kaleidoscopic imagination and leaves you almost physically exhausted at its heartfelt conclusion.

By then it's clear that director J.A. Bayona and writer Patrick Ness (adapting his young-adult novel) never intended to make a movie for children; instead, the film is aimed at grownups who remember being children — and not just the firefly-chasing parts.

Young Conor O'Malley (Lewis MacDougall) is an English boy with a thriving imagination and a dying mother (Felicity Jones). Never mind the adults reassuring him that Mum will be fine — Conor (and the audience) can see right through this well-intentioned lie. He's bullied at school. He feels hated by his grandmother (Sigourney Weaver). And he's visited every night, at precisely seven minutes past midnight, by a towering monster that takes shape from the silhouette of a giant tree in the nearby graveyard. 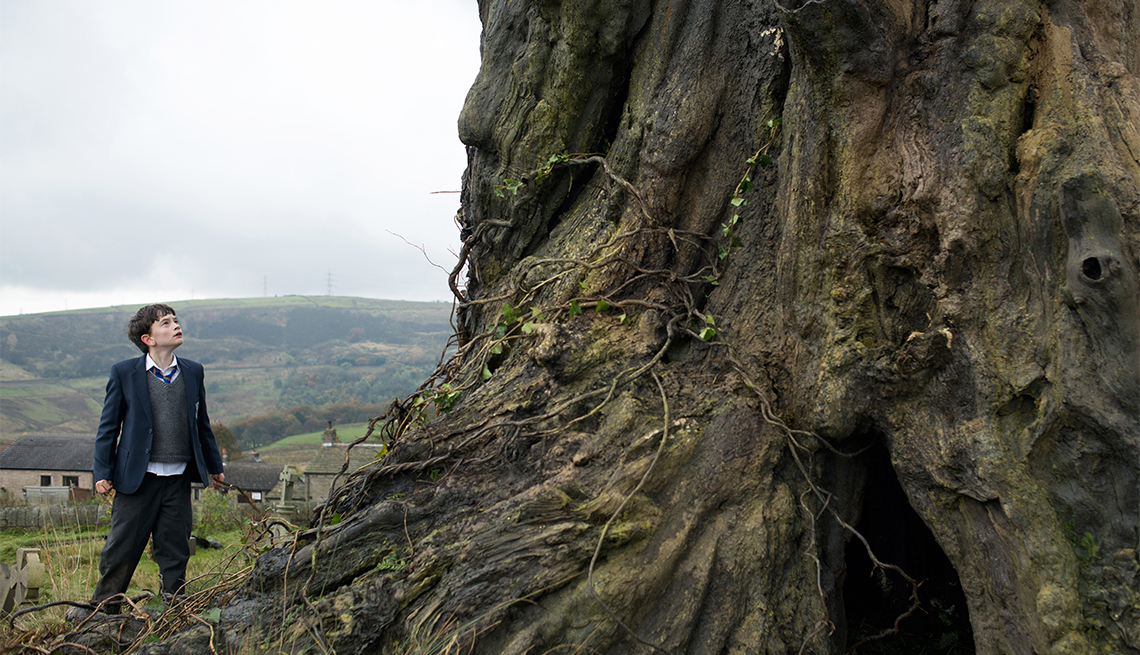 Conor O'Malley (Lewis MacDougall) is an English boy with a thriving imagination.

The Monster, voiced by Liam Neeson and given life by breathtaking computer animation, extends his leafy tendrils, scoops up Conor to within inches of his bark-covered face and tells the boy a new tale each night. These unfold as a series of fairy tales — lush watercolors brought to life — but often end tragically. And with each fresh installment, the Monster warns that he will soon demand that Conor tell him a story in return. A story about what? "The truth," the Monster responds.

That truth, when revealed, gets to the shattered heart of all that Conor dreads — and, truth be told, to the pitch-black recesses of any adult who has faced the impending death of a loved one. It's as devastating a movie moment as you'll experience this year.

As Conor's grandmother, Weaver gives a sublimely layered performance. She plays a woman mourning the imminent death of her daughter and deeply conflicted about that event's most innocent survivor: a boy whom she loves but who will always remind her of her loss. At first we see Grandma (she is never named) through Conor's constricted perspective: mean and cold as an English winter. Slowly, though, her true nature unfolds before our eyes, and ultimately, it hits us that we are viewing grief from two directions — youthful incomprehension and sad experience.

On second thought, don't leave the kids home. Take them to see A Monster Calls. Then gather close and share a good, cleansing cry.