There's the germ of a very good action-comedy franchise in Puerto Ricans in Paris, a buddy flick starring Luis Guzmán and Edgar Garcia as a pair of NYPD detectives who tail some fashion pirates to the City of Light. The two are fun together, and director Ian Edelman surrounds them with a likable cast of supporting players, both American and French.

A tighter script, a more urgent mystery and a bit more connection between the stars would have come in handy. What doesn't help, however, is that just a few days ago I revisited Lethal Weapon — an unfair comparison, perhaps, given that Richard Donner's 1987 shoot-'em-up is the best buddy action film ever made. Not a scene is wasted in Lethal Weapon — the fabric of plot, action and character revelation is seamless — while the obvious chemistry between Danny Glover and Mel Gibson made the pair's law-bending shenanigans seem almost plausible. 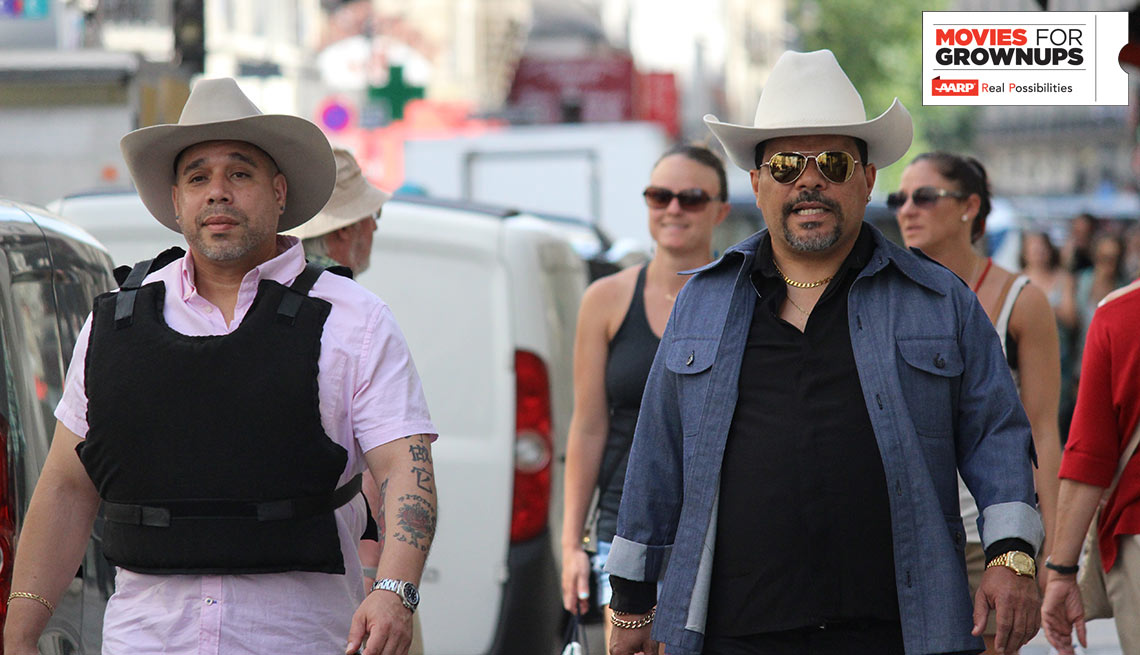 Not so with Puerto Ricans in Paris, which is in no danger of being anointed an artful landmark.

Take the film on its own terms, though, and you'll find much to enjoy here. Cowriter-director Edelman has tapped Guzmán and Garcia from his fondly remembered cable series How to Make It in America, and the three clearly enjoy working together. Another refugee from TV is cinematographer Damián Acevedo (Superstore), but he broadens his vision with handsome results that evoke Woody Allen's Midnight in Paris.

If Guzmán's crass bluster wears a bit thin by the film's midpoint, Garcia proves to be unexpectedly pleasant company. Despite his bullet head and portly stature, Garcia's gentle half-smile and sweet demeanor make it easy to understand why he would attract the affections of a statuesque Parisian fashionista (Alice Taglioni). Miriam Shor has some funny moments as a New York police sergeant, while Rosie Perez and Rosario Dawson — playing the detectives' better halves — enliven the proceedings during too-brief appearances that bookend the film.

If these guys get to visit another world capital in a sequel, let's hope they don't leave the women at home next time.