(Video) Jack Reacher: Never Go Back Movie Trailer: Jack Reacher must uncover the truth behind a major government conspiracy in order to clear his name. On the run as a fugitive from the law, Reacher uncovers a potential secret from his past that could change his life forever.

I'm just fine with Tom Cruise playing novelist Lee Child's iconic hero Jack Reacher, even though the diminutive star's resemblance to the literary character (6-foot-5, 250 pounds) approximates that of a Yorkie to a rottweiler.

After all, Sean Connery is still considered the movies' primo James Bond, despite Ian Fleming's description (vertical scar on right cheek; "cruel" mouth) that made Bond sound more Dr. No than Mr. Suave.

Still, the mere thought of Cruise in the role is anathema to a legion of Child fans (including my dear wife, who also happens to be the most open-minded person I know). That's too bad because in his second Jack Reacher film the actor has created a character who nicely balances wry humor with violent scrappiness, masking a soft heart with steely resolve.

This time out, Reacher — a former U.S. Army officer who now seems to spend his days hitchhiking around the country doing good-if-occasionally-hyperviolent deeds — becomes suspicious when a female Army friend (Cobie Smulders, who plays Maria Hill in the Marvel superhero movies) is suddenly arrested on charges of espionage. Reacher's brand of investigation (think many broken bones and not a few dead bad guys) leads him to conclude that she's been set up by crooked U.S. military officials — and, this being a major Hollywood feature, an evil multinational corporation. 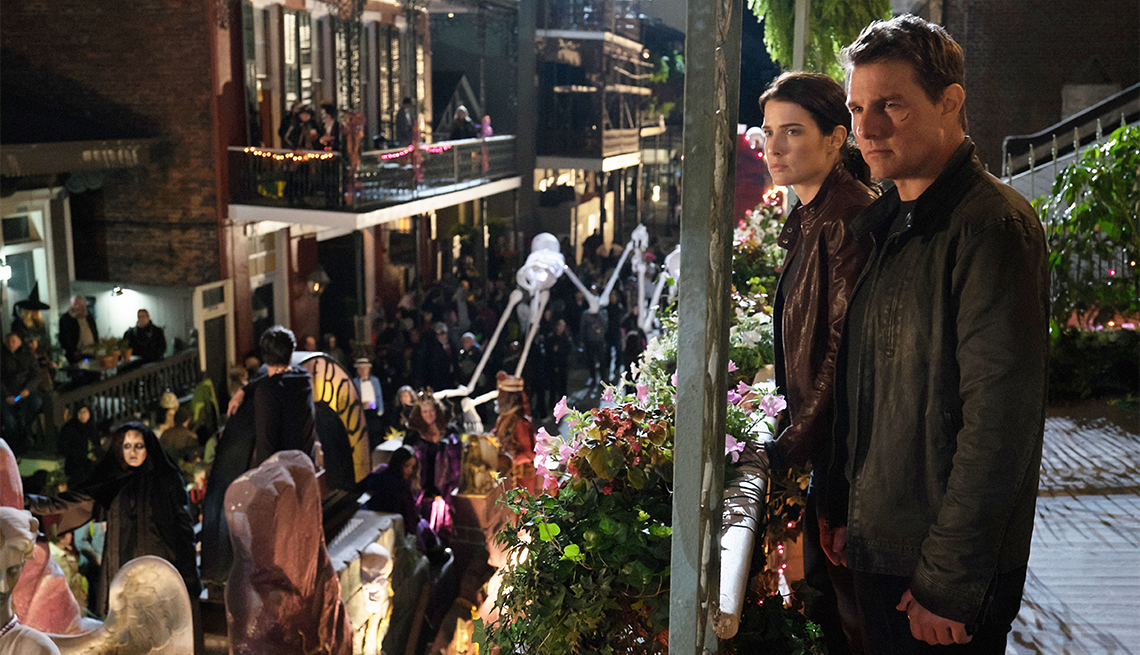 Tom Cruise as Jack Reacher is both formulaic and fun.

There's a fun prison escape, much hand-to-hand combat, miles of flat-out running (no one sprints across a movie screen like Tom) and a subplot involving a teenage girl who may or may not be Reacher's daughter. The moment we meet her, we know full well her chief purpose in this endeavor is to be captured by the bad guy in the final reel, forcing a climactic face-off with her life hanging — in this case, literally — in the balance.

Does it all sound a bit formulaic? Sure, but what's wrong with that? Cruise is always mesmerizingly fun to watch, and there are nice little nods to the star's 50+ status: After each bruising battle, Reacher must pause to catch his breath. When he winces on rising from the occasional bed or chair, it's the clear aftermath of one too many dark-alley dustups. And director Edward Zwick wrings maximum visual appeal from his location shoots in New Orleans. (The scenes filmed in Washington, D.C., by contrast, seem destined to wind up in IMDb's "Goofs" file; the Capitol dome's scaffolding seems to come and go.)

So come on, Jack Reacher snobs (not you, dear), give the little guy a break: It's clear by now — and far from a bad thing — that Tom Cruise is just going to keep making these things, so you might as well get with the program.