(Video) 'Mr. Holmes' Movie Trailer: An aged, retired Sherlock Holmes looks back on his life and grapples with an unsolved case involving a beautiful woman.

A mystery lurks at the heart of Mr. Holmes, a film that depicts the great Sherlock Holmes well into his retirement years. But in this understated meditation on the autobiographical stories we tell the world — and ourselves — the mystery seems almost an afterthought.

Most of all, Mr. Holmes is another sterling showcase for British actor Ian McKellen, who lends rare humanity to Holmes while remaining true to the character's chilly, oddball affectations.

Holmes' creator, Arthur Conan Doyle, left the detective in retirement in the 1920s, living along the British coast and quietly tending his bees. In director Bill Condon's update — based on Mitch Cullin's 2005 novel, A Slight Trick of the Mind — it is now 1947. Holmes is 93, and though his physical decline seems to concern him very little, Holmes can't shake the fear that his mental faculties — the ones that enabled him to outthink the greatest criminal minds of the Victorian era — are slipping away. 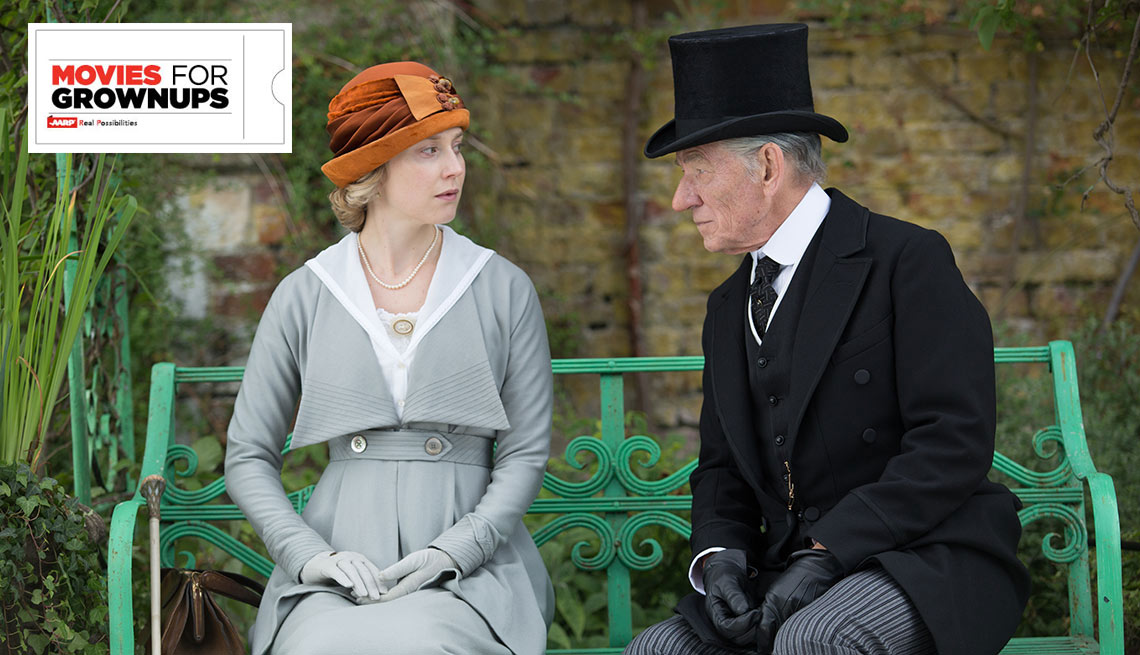 Holmes turns his attention to a 30-year-old cold case that continues to vex him, much to the delight of the son (Milo Parker) of his housekeeper (Laura Linney). The interactions between old man and young child give the film its emotional pulse. Even though the boy is far too young to have known Holmes in his heyday, he thrills to spot flashes of the old detective's former brilliance. And, when Holmes does "that thing" — arriving at an initially inconceivable yet ultimately ineluctable deduction — we share the boy's delight.

The old mystery in question, involving the long-ago investigation of a woman suspected of straying from her husband, gives Holmes something to do in the film. But the real joy in Mr. Holmes is our time spent with the investigator himself. Holmes has retired to the country, it appears, in part to escape the spectacular public persona that he had helped create during his glory days. His old colleague, Dr. Watson, had shamelessly embellished Holmes' exploits in print, and the vision of a dashing, pipe-smoking figure now ingrained in the public consciousness was the work of overimaginative dime-novel illustrators. Sherlock Holmes, we learn, never smoked a pipe — and don't even get him started on deerstalker hats.

It's a neat bit of narrative jujitsu: We're asked to empathize with a fictional character who is embarrassed by a fanciful reputation that is, in a sense, more "real" than the revision with which we're being presented. Indeed, I far prefer this quiet, reclusive incarnation of Sherlock Holmes to the cartoonish "game's afoot!" character played with such high bombast by Robert Downey Jr. in his own series of Sherlock Holmes movies.

McKellen, with that magnificently creased face, has always looked a bit older than he is. That serves him well portraying the nonagenarian Holmes as he putters about his yard and trudges to and from the shore. And playing the 60-something Holmes in one flashback, McKellen adopts a dashing, top-hatted manner that makes us miss the "fictionalized" detective not one bit.

Whatever age McKellen is playing, those eyes — the twin blue lasers that have helped earn him two Oscar nominations and may well garner him another one here — flash with revelation or burn with calculation. On rare, welcome occasions, they laugh with glee. They likewise figure prominently in the film's most poignant moment: The detective ducks into a movie theater and finds himself watching a film version of himself — impossibly handsome, inhumanly heroic.

His response — a snicker tinged with melancholy and disdain — speaks volumes about the futility of trying to dictate how we will be remembered.