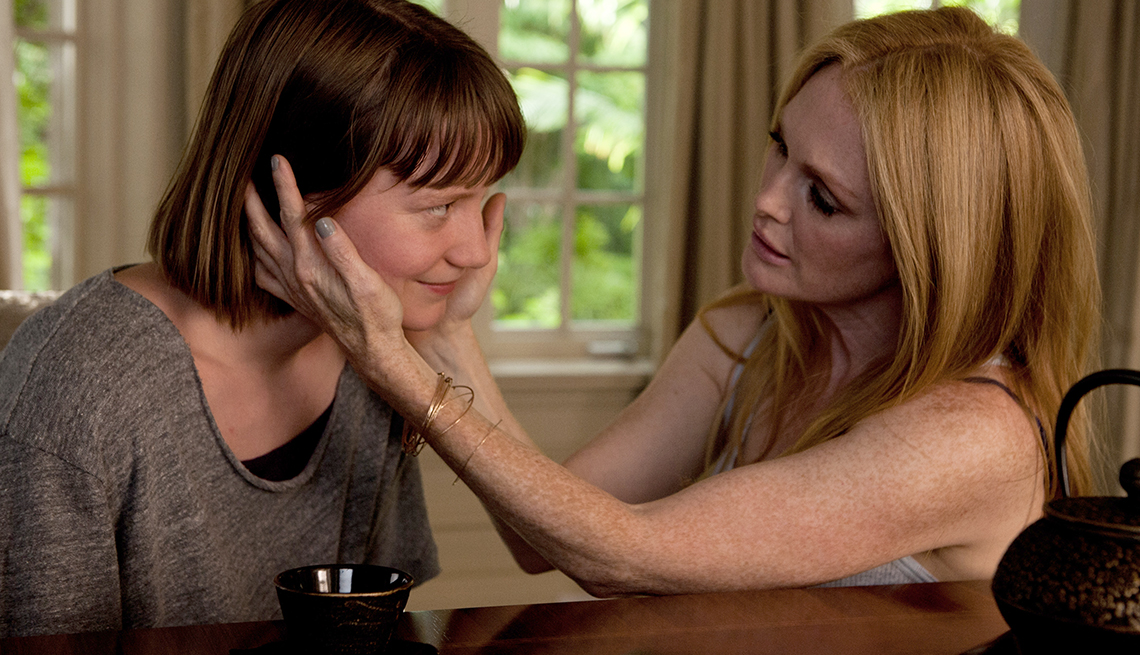 “Maps to the Stars” director David Cronenberg has assembled a talented cast and they all do terrific jobs of playing überweird.

Plats purporting to show the locations of celebrity homes are sold on every street corner in Hollywood. They are fake — and Maps to the Stars is just about as inauthentic a portrait of La La Land as they are.

Not that David Cronenberg's latest satire means to be entirely realistic. But the director and his screenwriter, Bruce Wagner, go to such extremes in skewering movie stars, the sycophants who feed on them, and the film and TV biz in general that the movie loses both its shock value and its laugh factor very early on.

To expose the shallow self-absorption of the entertainment capital of the world, Maps shows us the intersection of two sets of Hollywood inhabitants. There's the Weiss family, led by successful self-actualization guru Dr. Stafford Weiss (John Cusack, perfectly cast for his knack of playing slimy). Weiss has a daughter, Agatha (Mia Wasikowska), a pyromaniac locked away in a Florida asylum, and a son, Benjie (Evan Bird), a profanity-spewing child actor with a drug problem. The doctor's wife, Christina (Olivia Williams) — she's also his sister, we'll learn later on — is a devoted stage mother to bratty Benjie.

Silly me — did I say Agatha is temporarily unavailable? Unbeknownst to her family, she has been released and has made her way back to Tinseltown, where she hitches a ride with aspiring actor-screenwriter (but current limo driver) Jerome Fontana (Robert Pattinson).

Thanks to Jerome's industry connections, Agatha winds up in the home of Havana Segrand (Julianne Moore), a fading star hoping to stage a career comeback. How, precisely? By playing the same role that brought fame to her mother, who was killed in a fire. (You definitely want to steer clear of both fire and water if you're a principal in Maps to the Stars.)

Segrand happens to be a client of Dr. Weiss. She is also desperately seeking a new personal assistant — her latest "chore whore" just quit — and Agatha knocks her job interview out of the park.

See where all this is headed? Yeah, me neither.

Cronenberg has assembled a talented cast here — didn't Moore just take home an Oscar for Still Alice? — and they all do terrific jobs of playing überweird. But the plot lines they follow, like the bogus trails on those star maps, too often lead to dead ends. In a town so devoid of morals that even incest is commonplace, there's just no way of turning back.