John Turturro is a male prostitute, and Woody Allen is his pimp. If that premise doesn't bring a smile to your face, then you may as well stop reading now, because that's the inescapable central joke of Fading Gigolo.

And it's a pretty good one. Turturro — who wrote and directed — plays a struggling flower-shop owner who happens to be pals with Woody, the proprietor of a now-failed rare-book store. Turturro's streamlined script doesn't waste any time getting to the crux: In the first scene, Woody relates to Turturro a conversation he had with his dermatologist (Sharon Stone) in which the doc confessed that someday she would like to engage the services of a (ahem) gentleman of the evening. 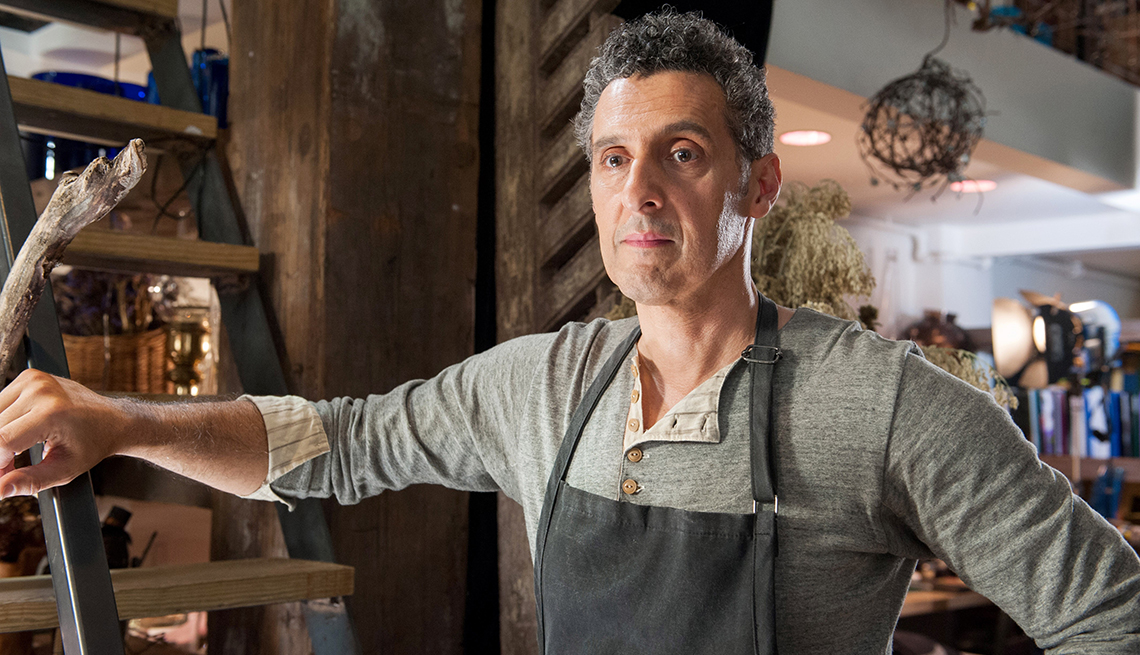 "I told her I know someone, but it would cost her a thousand dollars," Woody tells Turturro. "I was thinking of you."

You'll notice we're dispensing with the characters' names here; Turturro's guy is named Fioravante and Woody's character is Murray, but with those hangdog looks and unmistakable New York accents, not for one second do we forget whom we're watching. And that's just fine.

In short order, Turturro is in demand, and he and Woody are raking in the bucks from privileged New York socialites. The story could have stayed right there and we would have had an engaging 90-minute comedy, but Turturro ups the ante by introducing us to Woody's friend Avigal (Vanessa Paradis), a haunted-looking Orthodox Jew who is mourning the death of her husband. Woody sets her up with Turturro for a massage (there's a lapse in the narrative here — it's never quite clear why the fiercely conservative Avigal agrees to it, nor even if she quite understands what Turturro's line of work is).

Of course, the two start to fall for each other, which raises more than a couple of red flags in the Orthodox Jewish community. Particularly verklempt is Dovi (Liev Schreiber), a member of the Williamsburg Shomrim, a real-life neighborhood watch group that serves, in some ways, as a special police force for the Hasidic community. Dovi has pined for Avigal from afar for years, and the sight of her hanging out with Turturro is almost more than he can bear.

It all leads to a climactic trial before the community elders, with Woody sitting hilariously in the hot seat. Turturro is sweetly vulnerable as the gigolo, and Paradis and Schreiber are endearing as two traditionalists stuck in a modern world, but Fading Gigolo is Woody Allen's movie, as he gives what is easily his most satisfying acting performance since Deconstructing Harry, in 1997.

Watching Fading Gigolo, we realize that in his own films, Woody tends to give the meatiest lines to his costars while he walks off with the wisecracks. Here he finds a most gracious host in Turturro, who happily focuses the spotlight on his prize casting coup — whether he's frantically negotiating with kidnappers or coaching a pickup baseball game with a bunch of kids in Central Park.

With Allen on board, John Turturro's randy romp is more than just a Gigolo.