We won't take too much of your time here; 2 Guns is a slam-bang affair with snappy dialogue, terrific chemistry between its stars and some delightfully villainous turns by a couple of fine veteran screen actors.

Denzel Washington and Mark Wahlberg play a pair of undercover cops assigned to bring down the same Mexican drug kingpin — only neither knows the other is a fed. 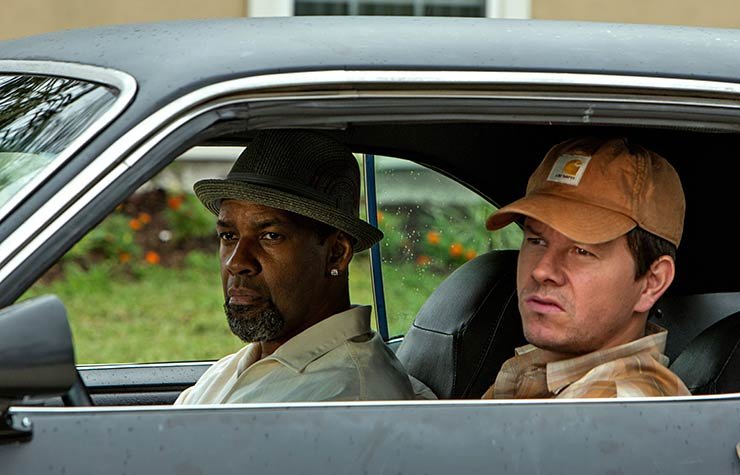 That plot slowly unfolds over the first 30 minutes of the film; unfortunately, the movie's ads dispense with the surprise in 30 seconds.

No matter; that leaves us plenty of opportunity to marvel at the easy charm of Washington and Wahlberg, whose likability and chemistry engender a sweet Butch-and-Sundance quality.

Through the endless gunfights, twisting car crashes, fiery explosions and merciless beatings, these two guys never break a sweat (or a bone).

The two are alternately pursuing and being pursued by the kingpin, played with grand bravura by the invaluable Edward James Olmos. Hot on their tail is a sleazy CIA operative, played by an almost unrecognizable Bill Paxton.

In this telling, the CIA is actually nothing more than an enormous partner of the Mexican drug cartel; the script doesn't even try to paint Paxton's character as rogue. The two cops draw the CIA's ire by robbing a bank that's full of cash the agency has been skimming from the drug trade.

Seriously, when did the line "We're CIA" become movie shorthand for "We're Satan incarnate"? They could sure use an image consultant over in Langley.

Director Baltasar Kormakur has come all the way from Iceland to make this desert shoot-'em-up, and he does a nice job filling the screen with dust and buzzing flies. But mostly he simply gets out of the way of Washington and Wahlberg, and lets them perform their special brand of movie star magic.