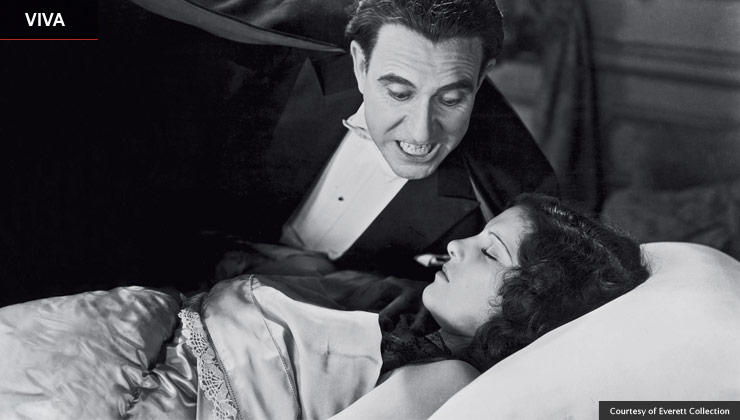 En español | As evening fell on the gothic set of Universal Studios' Dracula, Bela Lugosi and the film crew left for the day. That's when the night shift began: a predominantly Latin American cast filming a Spanish-language version of the count's bloodthirsty quest.

Often dismissed as a mere remake of the Lugosi flick, Drácula was filmed under a much tighter schedule (three weeks, half the time as the English version) and budget (less than a fifth of its counterpart's $355,000). In spite of the production constraints, Drácula premiered at Mexico City's Cine Mundial in 1931 and became a box-office hit, playing across Latin America for the next two decades. The movie turned its female lead, 20-year-old Mexican Lupita Tovar, into a local celebrity, while Carlos Villarias, the Spaniard who played the count, went on to film more than 80 motion pictures.

Directed by the American George Melford, who spoke no Spanish and communicated with the cast via an interpreter, Drácula is more than a cinematic curiosity. In his review of the Lugosi film, critic James Beradinelli said the Spanish version "is in almost every way a superior production" to its "more popular English cousin." Berardinelli and other critics have hailed Melford's use of camera movement and atmospheric lighting as well as the comparatively uninhibited way he tackles the story's sexual undertones. Tovar's costumes are considerably more risqué than those worn by the female cast in the English film, and the vampire's novias (brides) act far more provocatively.

Eighty years later, the Spanish-language film continues to fascinate audiences. Grammy-nominated guitarist Gary Lucas composed a soundtrack that he performs at film festivals across Europe and the United States during screenings of the movie. "The Spanish Drácula is more atmospheric, the performances are better and it's a bolder production," says Lucas. "That is why it remains so inspiring."