An eclectic bunch of documentaries that speak directly to the grown-up market are hitting screens large and small this summer.

One of my favorites is Last Call at the Oasis, from the producers of An Inconvenient Truth, Food, Inc., and Waiting for Superman. The film is all about water — specifically our consumption and misuse of this vital resource. Oscar-winning director Jessica Yu travels the planet and interviews experts including Peter Gleick, Alex Prud'homme and Erin Brockovich to convince viewers that the global water shortage will clearly be one of the most important issues we face in this century. This movie is chilling; you'll never gulp down a glass of water in the same way after you see it.

Another favorite is One Nation Under Dog (premiering on HBO June 18), an honest examination of our relationship with dogs. Increasingly, we can't get enough of them. They sleep in our beds and get toted around in our purses. The film features one family who spent hundreds of thousands of dollars to clone their beloved Labrador retriever. Such excess is contrasted against the reality that shelters euthanize millions of animals each year when they are not adopted. If you have a dog, you'll want to watch this — but probably without your canine companion!

Finally, The Queen of Versailles (in theaters beginning July 20) is a jaw-dropping portrait of a Florida couple who became billionaires thanks to the husband's timeshare empire, but then lost many of the trappings of their wealth when the market collapsed. (The title refers to the couple's plans to build a 90,000-square-foot mansion, modeled after the Palace of Versailles near Paris.) Jackie Siegel, the 43-year-old trophy wife, is a real-life caricature of the uber-nouveau riche, with her fake breasts, bejeweled adornments and exotic animal menagerie. Pity her spoiled children when she has to inform them they will no longer be driven to school by a chauffeur. Her husband, David, 74, is an equally fascinating character, especially as we watch him grow increasingly uncomfortable with the cameras that chronicle the demise of his empire of excess.

Other summer documentaries that are worth checking out include:

Marley: A comprehensive biographical piece about the late reggae musician, including interviews with seemingly anyone who was close to him. The film's executive producer is Bob Marley's son, Ziggy. (Available through video on demand, with limited theatrical release this summer.) 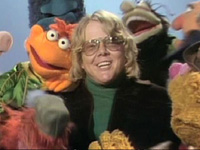 Neil Young Journeys: Directed by Jonathan Demme, the film chronicles Young's performance last May at Massey Hall in Toronto, where he was born. (In theaters beginning June 29.)

About Face: The Supermodels, Then and Now: Features interviews with Christie Brinkley, Jerry Hall, Beverly Johnson, Isabella Rossellini and others about how they have dealt with the effects of aging. (Premieres on HBO July 30.)

Searching for Sugar Man: The film introduces us to a soulful musician who was discovered in the late '60s in a Detroit bar and projected to be the finest recording artist of his generation. But when his first album bombed, he faded into obscurity — until now. (Limited theatrical release July 27.)

The Central Park Effect: A lovely film about the astounding variety of wild birds that frequent New York City's Central Park, and the devoted birders who track their migration. (Premieres on HBO this summer.)

Samsara: A trip to sacred grounds and war sites, natural wonders and industrial developments around the world, this sensory smash was filmed over a span of five years in 25 countries on five continents. (Theatrical release Aug. 24.)

High Ground: A group of veterans returning from Afghanistan and Iraq — many of them physically and emotionally wounded — set out to climb a mountain in the Himalayas as part of their healing. (Theatrical release in August.)

Ethel: A long view of the life of Ethel Kennedy, wife of assassinated presidential candidate Robert F. Kennedy, who reluctantly agrees to be interviewed on camera by her youngest daughter, filmmaker Rory Kennedy. (Premieres on HBO in October.)

Get Real! Wise Women Speak: A montage of interviews with female luminaries, including Jane Fonda, Della Reese, Marianne Williamson and others about their "third acts." (DVD available for purchase now from Cowgirl Films; limited theatrical release this fall.)