Editor's Note, June 6, 2013: Actor Dustin Hoffman made his directorial debut — at age 75 — with the film Quartet, which stars a distinguished cast including Maggie Smith and Billy Connolly. Hoffman doesn't appear in the film but he does in this behind-the-scenes video extra from Quartet's DVD, which will be released on June 18. 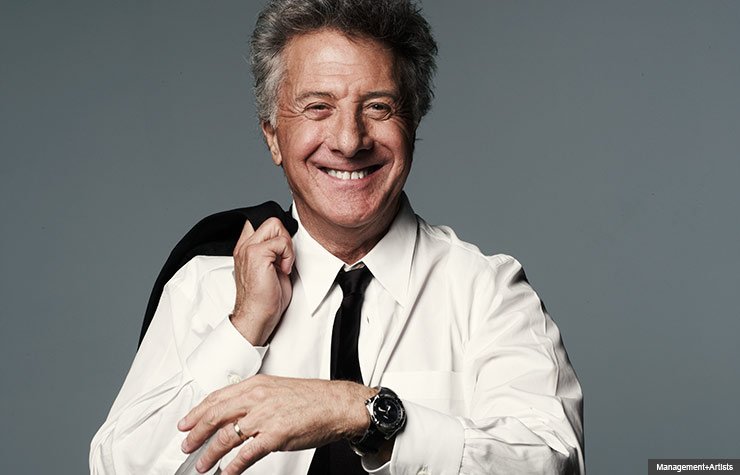 Dustin Hoffman has added "director" to his long list of accomplishments.

En español | One of life's key lessons, says Dustin Hoffman, is that the past sticks with you. "The traumas are right there, and they affect you."

And so it is that the two-time Academy Award-winning actor's traumas — including loads of rejection before landing his seminal role as Benjamin Braddock in The Graduate, back in 1967 — linger close to the surface.

The memories made it tricky for Hoffman, after nearly 50 years in front of the camera, to step behind it for his film directorial debut, Quartet, about a group of opera singers who end up at a home for retired musicians. (See the movie trailer, below.) Casting the film proved particularly difficult for Hoffman; realizing he couldn't reject an actor he'd met in person, he ran the potential players through his casting director first.

Yet Hoffman's struggles help make Quartet a powerful film: a moving portrait of friendship and frailties. That's because his own difficulties gave birth to the thoughtful person he remains today. They are what drive him to arrive on time, to the minute, for our interview. They're what compel him to pull out a chair, to offer me a bagel, to compliment me on my questions. And they're why this father of six and grandfather of two still appears — though his hair's a bit grayer than it was the last time we met; his midline, a little softer — to be a wonder-eyed boy with an infectious smile.

While sipping a concoction of liquid vitamins, the recent Kennedy Center honoree talked about how Quartet's mortality themes drove him to ponder his life — to see how far he's come, and how little he's changed.

AARP: Do you feel proud that at 75 you did something you've never done before?

Dustin Hoffman: An honest answer: I directed a play on Broadway. I blamed my own demons for waiting 35 years to do it again. Why did I fight it? Because it's a thrilling opportunity to be the one who holds the paintbrush.

AARP: Tell us about Quartet.

DH: It's based on the true story of how [the Italian opera composer] Verdi bequeathed his mansion to retired musicians because, in their prime, some had played La Scala but now couldn't pay the rent.

AARP: You're a jazz pianist, right? Did the music draw you to the project?

DH: I'm a wannabe! The extraordinary jazz pianist Dave Brubeck, who played into his 90s, died recently. I don't want these people to go; there's so much left in them. But opera singers, like athletes and dancers, take years to reach excellence; then it's a short shelf life. The characters in Quartet could no longer perform near their best.

AARP: But that sounds depressing; Quartet offers an uplifting view of old age.

DH: It's an affirmative movie but still reality. There's this cloud of mortality hovering over the characters and binding them. As we were working on the film, I asked Billy Connolly [one of its stars], "What's the movie about?" And he said, "Don't die until you're dead." I thought that nailed it.

AARP: In addition to its stars, the film features real musicians ages 70-plus.

DH: Brilliant artists — and no one had rung their phone for 30 or more years. They showed up at 6 every morning and worked sometimes 14 hours a day without a whimper, with such dedication and joy. It infected all of us.

DH: I wouldn't trade now for anything. Yes, I'd probably like my body to be less limited. I'm trying to delay that with Pilates and diet but not getting an A yet. Have you ever held up a cellphone and you see yourself? The first few times it happened, I said: "Who is that old fart? That can't — that's me?"

AARP: What about how you feel on the inside?

DH: Internally, I'm fascinated by where I am. I use the analogy of Swiss cheese; I think I have fewer holes now. I think men are the weaker of the genders and live a more limited life than women. For whatever reasons, men run from intimacy. If you run from intimacy, you're running from what life can give you. So I feel less like Swiss cheese — the holes being the days you didn't live as fully as you could.

AARP: Do you ever think about retiring?

DH: I think "retirement" goes hand in hand with people who make a living by having a "job." I don't think we — the .00001 percent of the population who are so fortunate to love passionately what we do — consider it a "job."

AARP: I love what I do but still want to retire.

DH: I don't believe you. I think you're tired of the deadlines. They're awful.

AARP: I think the desire to retire is a desire to get away from the tough stuff to instead enjoy life's simple pleasures.

DH: What we all want is to continually grow and expand. I've discovered that as the body becomes more limited, the soul expands. And there is a full circle. A 2-year-old will pick up a leaf and look at it with fascination. You get to the other end and again are looking at a leaf. I know I am. Birds! I used to wonder, why are these fuddy-duddy old people going around Central Park with their glasses? I get it now. It's finding that thing that the very idea of it just fills you.

AARP: I think it's freedom.

AARP: Do you fear death?

DH: My wife says I've been worrying about it since we started going out. But at a certain point your icons change. There's Manoel de Oliveira, who's still directing at 104. And I recently read about a 94-year-old guy who had just run a triathlon. They asked, "Are you going to run anymore?" He says, "Oh, yeah. I got to keep going till I get old."

AARP: Don't you love that?

DH: During filming I was saying to everybody in the cast, "We're all in the same act together." I always think it's a three-act play and we're in the second act — the third act being something that alters you, some infirmity or whatever. And somebody responded, "Maybe it's a Shakespearean play with five acts." I liked that. Maybe I've got three more acts.

Movies, celebrities and lifestyle tips every day on the AARP home page