Miss the Good Old Days of Newspapers? These 6 Films Channel the Deadline Adrenaline

Whether going after the Zodiac killer or the president of the United States, these newsy thrillers will keep you riveted 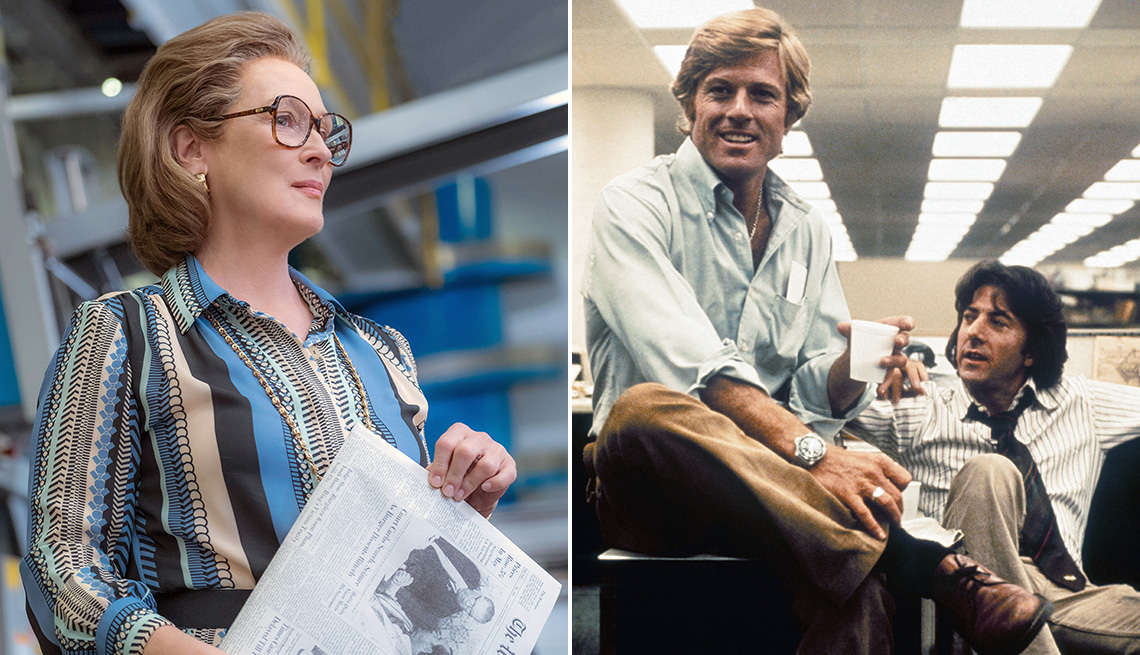 The newspaper business has inspired classic movies such as Citizen Kane and His Girl Friday, and later films spotlighting real journalists and the world-changing stories they cracked through dogged determination and intrepid reporting, from Watergate to sexual abuse scandals. Joining their ranks is the hot Oscar best picture contender She Said, which follows New York Times reporters Megan Twohey (Carey Mulligan) and Jodi Kantor (Zoe Kazan) as they uncover Hollywood producer Harvey Weinstein’s decades of abuse — and become the #MeToo era’s answer to Woodward and Bernstein.

If you still spread out a print newspaper on your breakfast table every morning, these six films will make for an informative, and often thrilling, window into how the journalistic sausage is made. And no ink on your fingers!

Read more: The film is based on Schanberg’s book The Death and Life of Dith Pran, which began as a 1980 New York Times Magazine article. He describes Cambodia as “a nation pushed into the war by other powers, not in control of its destiny, being used callously as battle fodder, its agonies largely ignored as the world focused its attention on neighboring Vietnam.”

Watch it: The Killing Fields on Prime Video, Apple TV

The premise: Released just a few short years after Watergate, this thriller sees Washington Post reporters Bob Woodward (Robert Redford, now 86) and Carl Bernstein (Dustin Hoffman, 85) almost single-handedly — or double-handedly — take down the Nixon presidency through their fierce commitment to uncovering the truth about the break-in at Democratic Party headquarters in the Watergate complex. Suffused with paranoia and a palpable sense of danger, the film popularized the phrase “follow the money,” and you’ll be wildly impressed by the lengths the reporter duo took to crack the case, from secret coded signals to parking garage meetings with Deep Throat (who turned out to be FBI man Mark Felt). It picked up four Oscars but lost the big prize to Rocky.

Read more: Check out Woodward and Bernstein’s 1974 book of the same name, the basis of the script, which former New York Times managing editor Gene Roberts has called “maybe the single greatest reporting effort of all time.”

Watch it: All the President’s Men on Prime Video, Apple TV, HBO Max

The premise: When a serial killer wreaks havoc in 1960s San Francisco, Chronicle political cartoonist Robert Graysmith (Jake Gyllenhaal) starts hunting down clues in the murderer’s cryptic letters to uncover his true identity. His amateur sleuthing originally rubs reporter Paul Avery (Robert Downey Jr., now 57) the wrong way, but soon the two are teaming up to take on the case, spending more than a decade obsessively following the killings, as two police detectives (played by Mark Ruffalo, 54, and Anthony Edwards, 60) lead the manhunt. Widely hailed as one of director David Fincher’s most underrated films, Zodiac failed to score a single Oscar nomination, but a 2016 BBC critics’ poll ranked it the 12th best film of the century.

Read more: The screenplay is based on Graysmith’s two books about the search, Zodiac (1986) and Zodiac Unmasked (2002).

The premise: In this underrated thriller, Jeremy Renner, 51, stars as San Jose Mercury News reporter Gary Webb, who uncovered a shocking global conspiracy: The CIA, he reported, was not only aware of the major crack dealers trafficking drugs into America’s inner cities, but also was using the profits to arm and fund the contra rebels in Nicaragua. Needless to say, Webb ruffled the feathers of the powers that be, and the CIA kicked off a smear campaign to tarnish his journalistic reputation, as larger newspapers began follow-up stories on his reporting. How, they seemed to be asking, could a small regional paper have scooped us on one of the biggest political scandals of the decade?

Read more: The late Webb, a Pulitzer winner for his coverage of the 1989 Loma Prieta earthquake, turned his shocking three-part investigative series into the 1998 book Dark Alliance, on which the movie is based.

Watch it: Kill the Messenger on Prime Video, Apple TV

The premise: This best picture Oscar winner from writer-director Tom McCarthy, 56, highlights the incredible investigative work done by the Boston Globe Spotlight team, played by Mark Ruffalo (54), Michael Keaton (71), Rachel McAdams and Brian d’Arcy James (54). Their reporting revealed widespread child sexual abuse by area priests, shaking the foundations of a city where the Roman Catholic Church remains a dominant cultural and political force. The film was celebrated for the accuracy of its storytelling and the unshowy performances of its sprawling ensemble, who went on to win the Screen Actors Guild Award for outstanding cast.

Read more: The series of articles that inspired the film won the Globe the 2003 Pulitzer Prize for Public Service, and they’re luckily archived in one handy interactive page on boston.com, complete with documents, church responses and a rundown of investigations and lawsuits.

The premise: You might be shocked to learn that this film was the first on-screen collaboration between Oscar winners Tom Hanks, 66, and Meryl Streep, 73, who play Washington Post executive editor Ben Bradlee and publisher Katharine Graham. And they teamed up with a not-too-shabby director for their inaugural outing: Steven Spielberg, 75. The year is 1971, and Graham and her team of reporters are fighting to publish the classified Pentagon Papers, which detailed decades of U.S. involvement in the Vietnam War, despite a federal restraining order and the threat of being scooped by The New York Times. Though critically adored, it only earned two Academy Award nominations. Bob Woodward, for what it’s worth, has called the film a masterpiece.

Read more: This movie tells the story from the Post’s perspective, but you’ll also want to read the reporting from The New York Times, which went on to win a Pulitzer Prize for meritorious public service in journalism.

Watch it: The Post on Prime Video, Apple TV 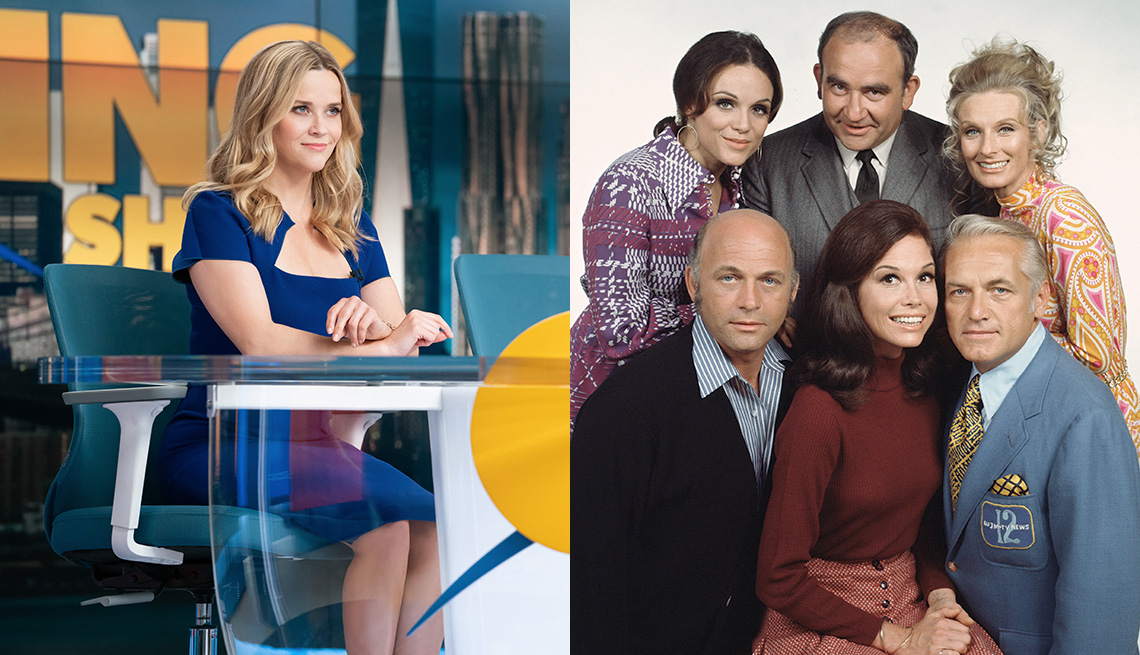 From 'The Morning Show' to Mary Tyler Moore, we’ve got your all-time ranking (and watchlist!) 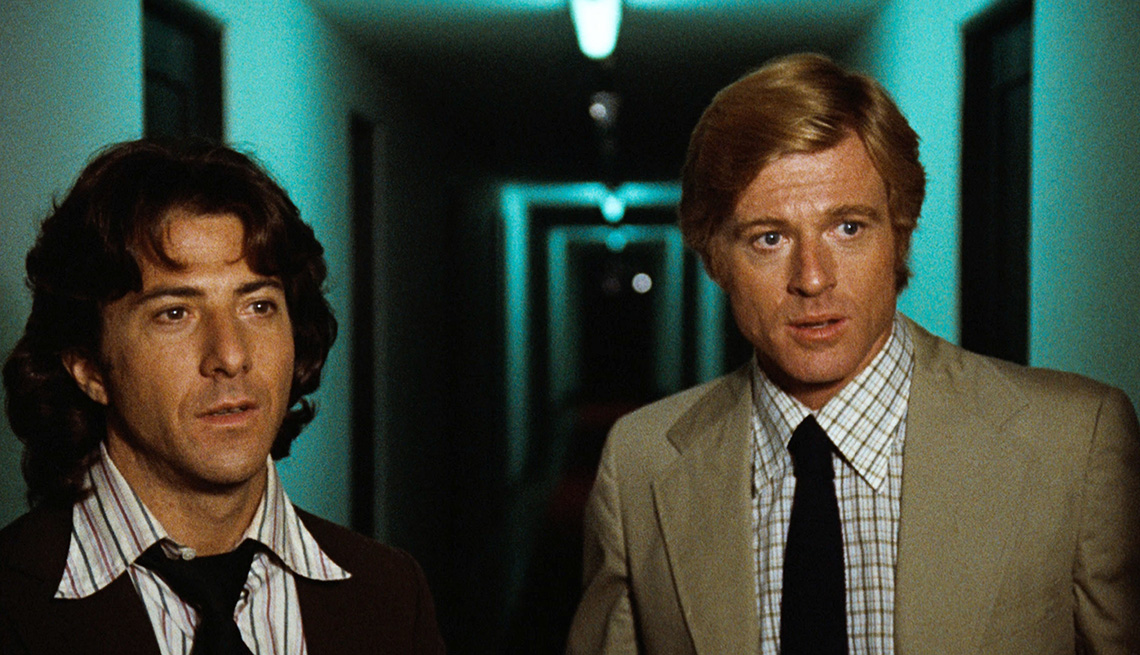 Watergate Movies That Go Way Beyond ‘All the President’s Men’ 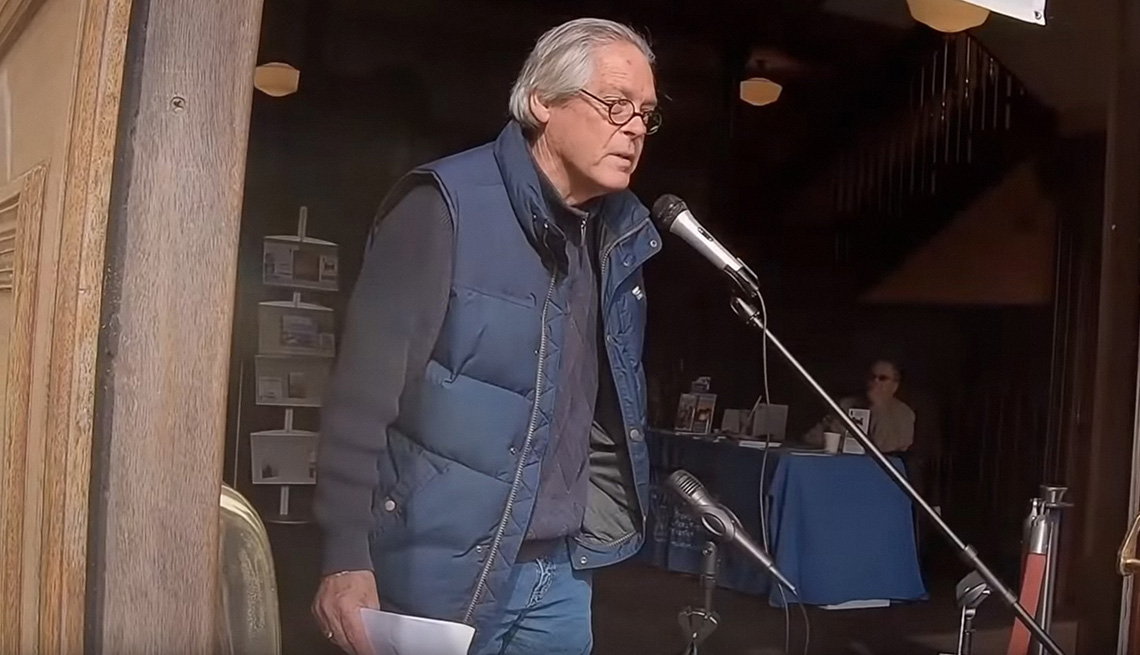 A Journalist With Alzheimer’s Shares His Journey on Film

Meet the man behind the inspiring documentary ‘Have You Heard About Greg?’